Rue des Cascades is characterized by the typical picturesque and poetic nature of the suburb of Ménilmontant. The different “waves” of urbanization are coexisting, creating a diverse whole strongly linked to the soil topography and the narrow network grid while a strong presence of green areas is being maintained in the interstices of the city.
The Parisian topography creates in this site a particularly expressive urban landscape characterized by a vertical drop of more than 10 meters, at the base of the buildings located rue des Pyrénées. This height difference is being amplified by the great height of the existing buildings (t + 7), and comes to a great contrast with the very low surface area of the site (299 m²) and its narrow width (10 m). At its Southeast limit, the site adjoins a low rise vernacular housing block (R +1+ attic). At the Northwest, a concrete platform houses the parking lot of a high-rise building (R + 11).
The project of 27 student rooms is integrated within the urban fabric and coherently follows the deep and narrow shape of the plot (10x27 m). With the principal views towards the adjacent property, the main facade is developed 6 meters away from the property line perpendicular to Cascades street. A first building (r + 3) leans against an existing party wall on the plot's full depth and opens towards the South East. A second vertical building (with a facade of 4.20 m) anchors symbolically the project away from the street revealing the private interiority of the plot. The two buildings articulate the change from the alignment on the street to one between its two neighbors.
The entry hall is designed as a transition space between the street and the linear garden. Glazed on its three sides, it takes advantage of its location and opens up physically and visually to the public space formed by the withdrawal of the plot's platform.
The desire to offer friendly spaces for students, oriented the room distribution towards wide open corridors. This organization transforms the circulation spaces to exterior promenades along the linear garden. The wooden walkways offer an extension of each student's room to the exterior. Despite the small scale of the program, 4 types of open corridors are proposed; in relation to the garden on the ground floor, in relation to the sky on the second floor, or covered ones on the first floor. At the third level, a visual connection to the street further contributes to the project's openness. The building's facade also includes interior curtains, occultation devices (sliding shutters) and openings (wooden frames) that allow everyone to control the relation to the exterior up until a complete blackout.
Taking into account both the small size of the plot and its relative inaccessibility through a driveway of under 6 meters wide between two buildings, the construction principle of the project has been developed on “dry” construction techniques. As a result, the building's materiality is based on wood, for the facades cladding, the floor corridors, the main staircase as well as the main structure (baring walls and floors). The project was assembled on site from elevation parts and a prefabricated structure. Following the same logic, the bathrooms and sanitary have also been designed with precast elements made of synthetic resin. The facade's wooden cladding is composed by planed larch wood slats of 3x5 cm. All the metal parts (shutters, railings, etc.) are thermo-lacquered in grey, resembling the color of the aged wood. 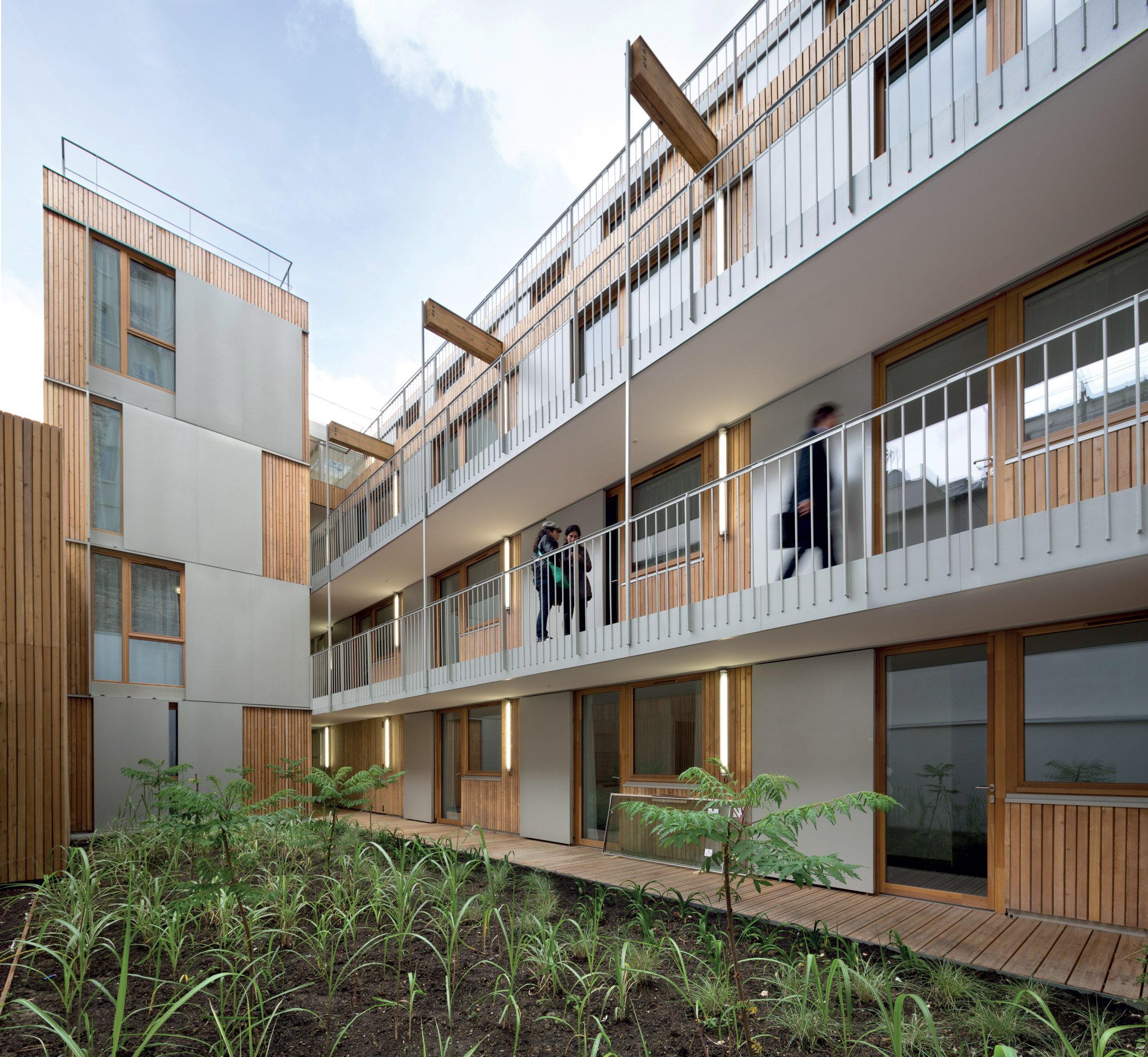 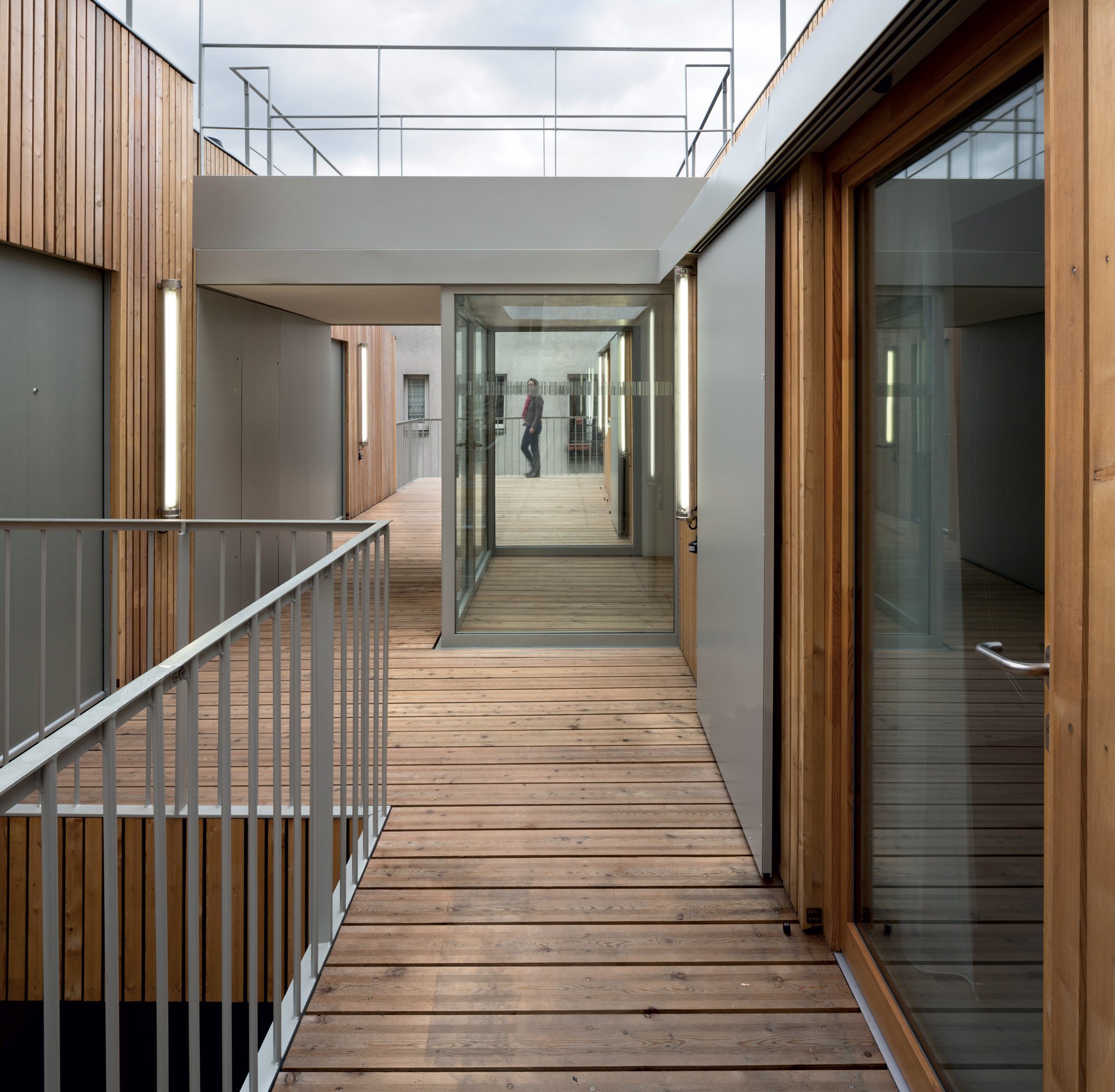 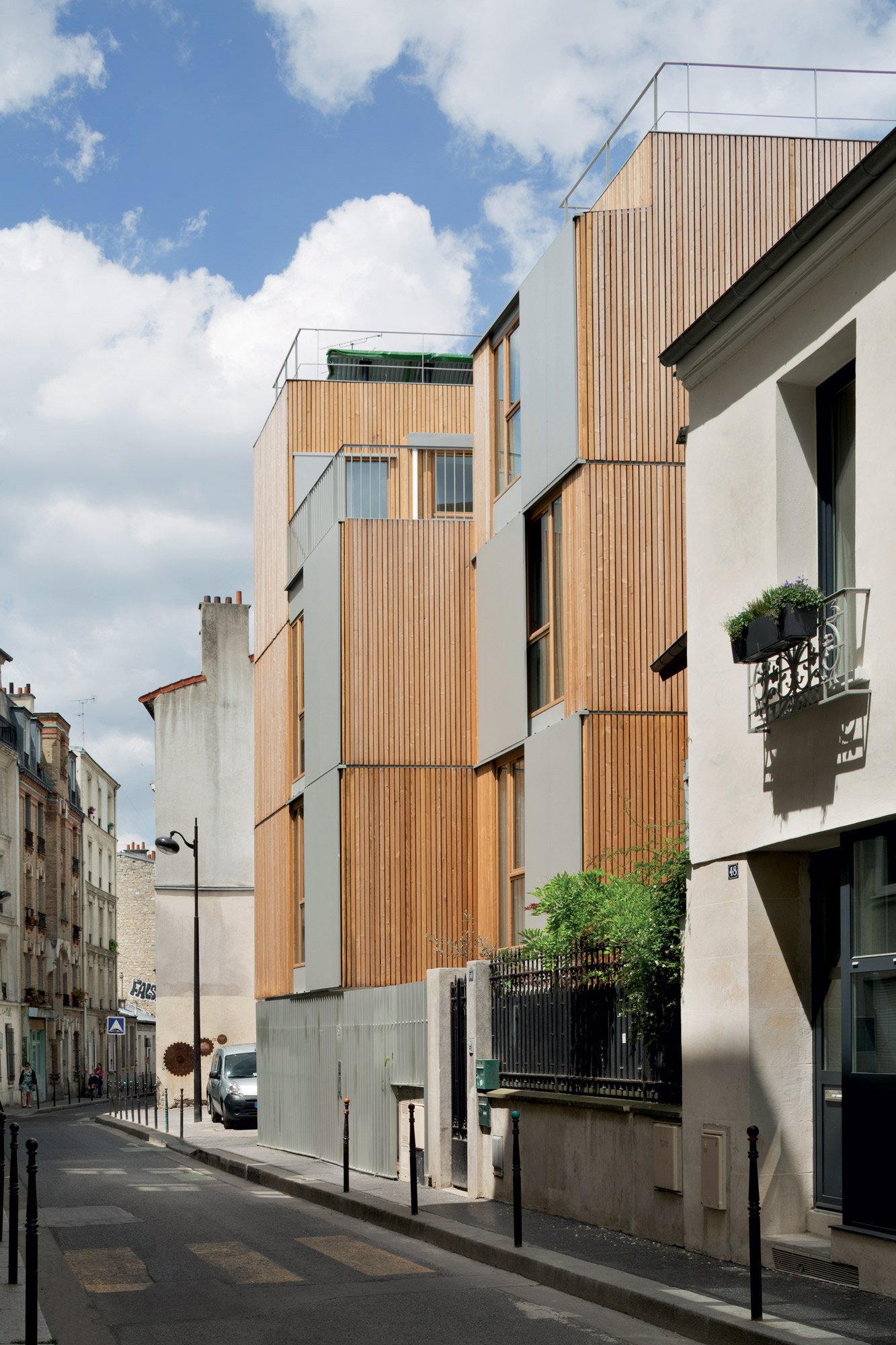 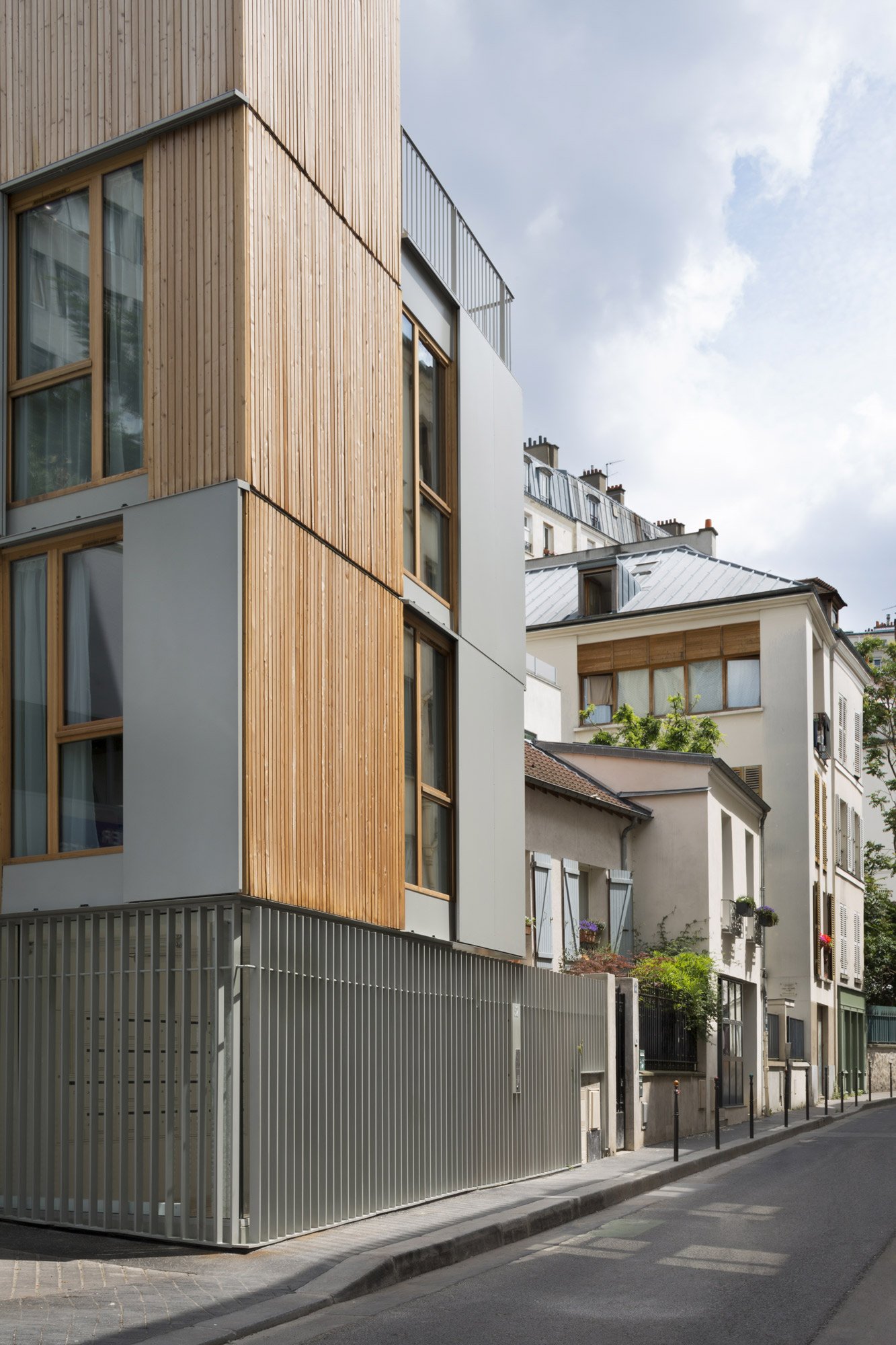 VIA 57 West is a hybrid between the European perimeter block and a traditional Manhattan high-rise, combining the advantages of both: the compactness ... Cubity was developed by the Darmstadt University of Technology for Solar Decathlon 2014. It offers an innovative concept for student housing that comb...

The Grazie halls of residence are in the old heart of Udine, near the castle, right next to the famous old cloister and the Basilica of the Blessed Vi...