The commitment to seasonality and sustainability of Hunters’ Roots Café and Juice Bar in Melbourne’s Katherine Place is evident in its honest and fresh design. Kitayama K Architects were called on to create an environment which aligned with the food philosophy of owners Jeffrey and Kerry Chew.
Responding to a brief for a modern clean aesthetic, Architect Kei Kitayama has created an interior inspired by wooden fruit crates used in abstract form. The crates fill the spaces, creating an immersive, almost cave-like sculptural form, yet one that is produced from simple and straight geometric shapes.  The result is a clean and controlled spatial experience.The clever design also maximizes the limited space by turning practical fixtures into decorative features. The lights, cupboards and shelving contribute to the design concept and sculptural visual.
A light, yet warm colour palate has been achieved by using American hard maple and paulownia throughout the space, which have both been further lightened with a lime wash.  Some of the crates suspended from the ceiling double as light fittings, creating shadows that add depth and interest to the interior. Paulownia hardwood was chosen for the crates suspended from the ceiling. The lightweight timber did not require additional steel structure and installation was relatively simple. However, the remaining joinery and lower crates are formed from American hard maple. Kitayama was familiar with the robustness of hard maple from a previous project. It is a species that has a tight smooth grain and is popular for use in high traffic areas – most famously in basketball courts. Orio Bundi, from Arteveneta Joinery said that the choice of American hard maple was primarily for its light hue but also describes the hard-wearing timber as “soft to the touch” which was important in achieving the overall immersive experience.
Kitayama says of his design: “Our decision was to use an abstract form of timber crates, to avoid being too literal. We wanted to give the patrons a chance to decide what they represented. Are they fruit and vegetable crates or do they look more like fruit peels. It’s a playful concept”
Kerry Chew comments “Kei has exceeded our expectations. What we love most about our space is that it is striking when seen as a whole design yet clean, inviting and cozy for our customers to relax in”.  She goes on to add that the hand finished joinery detail “adds a very tactile and solid feel to our small space”.

WOOD SPECIES
American Hard Maple (Acer saccharum, Acer nigrum)
American hard maple has a creamy white sapwood with a slight reddish tinge, while the heartwood varies from light to dark reddish brown.  The percentage of white sapwood available varies according to the growing region.  The wood has a close fine texture and is generally straight grained, but can occur as ‘curly’, ‘fiddleback’, and ‘birdseye’ figure. American hard maple is ideal for high traffic flooring applications such as theatres, concert halls, gymnasiums and basket ball courts. It is also used for furniture and joinery. The wood is hard and heavy with good strength properties, in particular its high resistance to abrasion and wear. 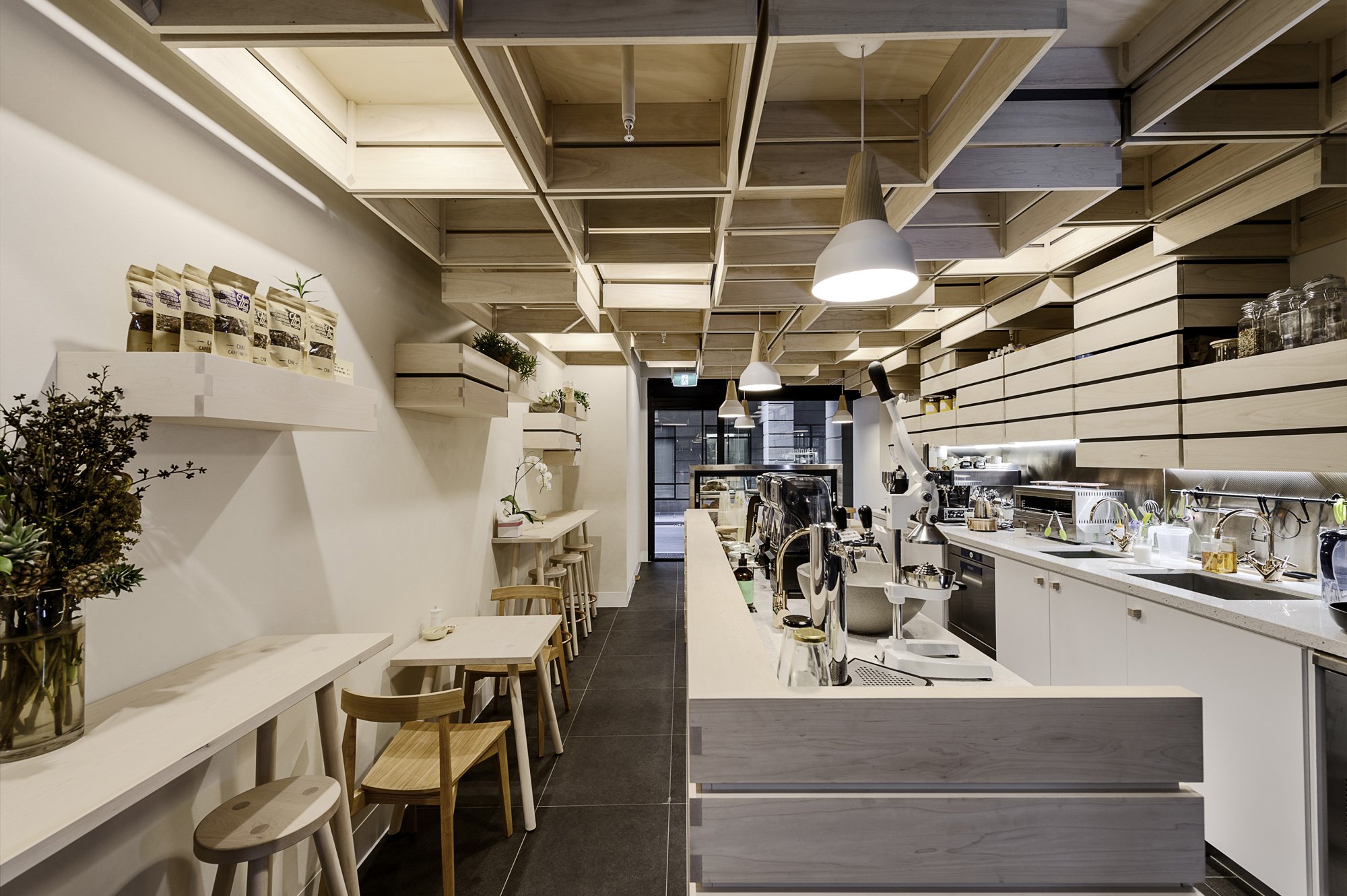 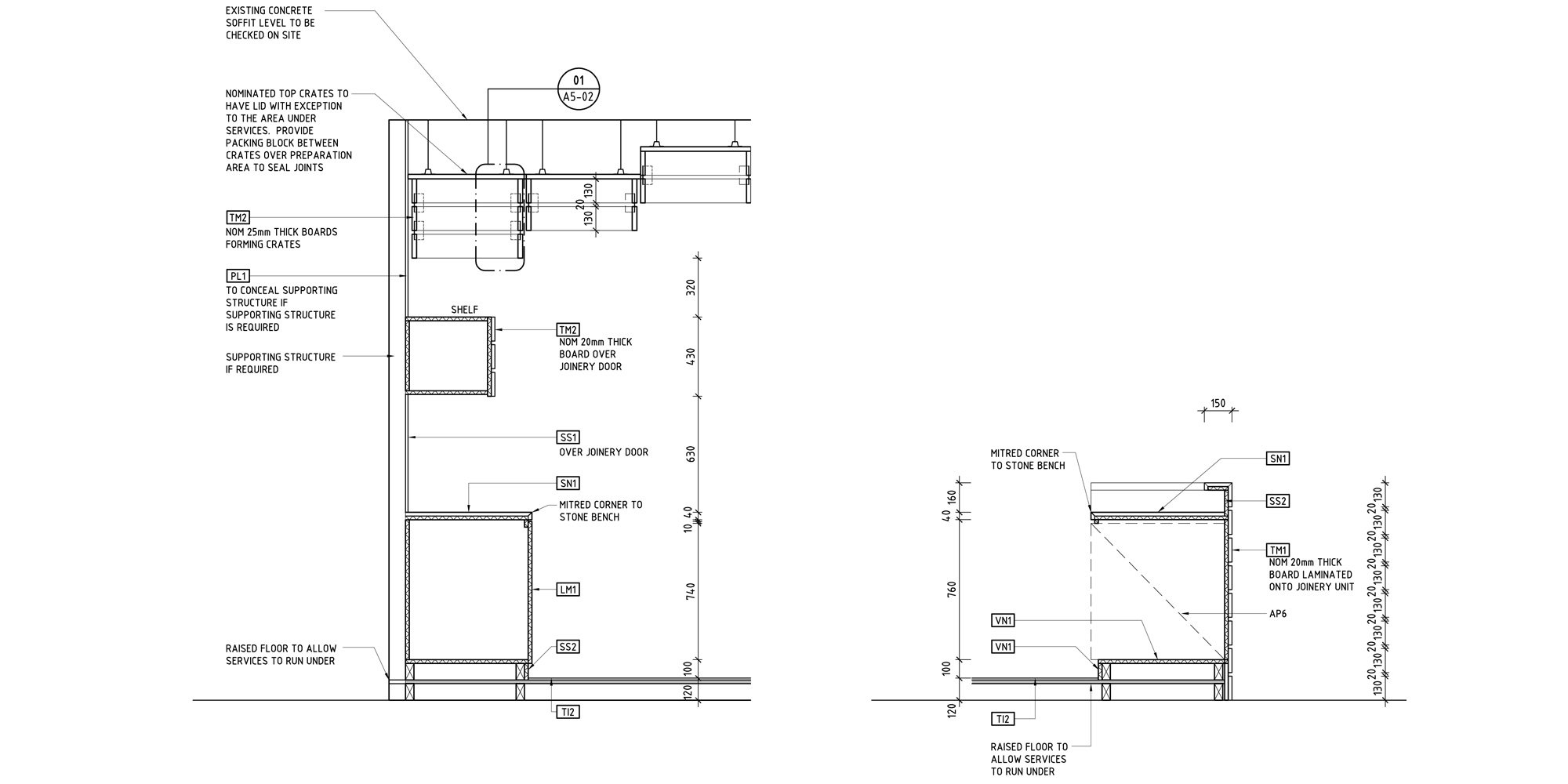