Cantina di Soave is a famed winery that has been in business since 1898. Over the last two decades the company has grown purposefully and significantly, expanding its production base by doubling the number of member-growers and tripling its wine-growing area. This growth inevitably led to its head office in the Verona province, in northern Italy, requiring an upgrade to continue providing the productive, operational and management excellence demanded by the brand. The revamp was completed in 2018, with the redone façade the most evident change, adding a ventilated façade by Fiandre Architectural Surfaces and Granitech.

The spatial layout of Cantina di Soave would have been exceptionally tricky to modify, so it was left largely unchanged, but new lines and shapes were merged into the façade, adding an eclectic new dynamism. Andrea Tomasi & Associati oversaw the design, altering the building’s skin to overhaul the company’s image, making very specific, detailed, but often inconspicuous changes.

This new exterior was also a thermal and functional upgrade, greatly improving the overall performance of the façade walls. In more specific terms, this involved using Granitech system, in the Core Shade line by Fiandre Architectural Surfaces. The Plain Core and Sharp Core colors were selected specifically to offset and thus bring new light and dark color balance to the otherwise aseptic appearance, adding a three-dimensional touch and highlighting the compositional choices.

This was designed to help drive the overall goal of merging appearance, function and performance into an amalgam that could take the winery’s image unchanged into the future. Achieving the functional goals meant aspects like simplicity of cleaning and ease of maintenance had to be thoroughly planned. The designer’s solution was, in part, to opt for porcelain tiles for the external ventilated walls, with a special Active Clean Air & Antibacterial Ceramic™ treatment developed by Iris Ceramica Group. Photocatalysis creates hydrophilic surfaces that, in contact with condensation, produce a liquid film layer that prevents dirt build up. Additionally, on ceramic tiles such a treatment adds antibacterial, self-cleaning and eco-active properties. Over time, this helps to cut operating costs, while also improving air quality for everyone working in the building during the day. 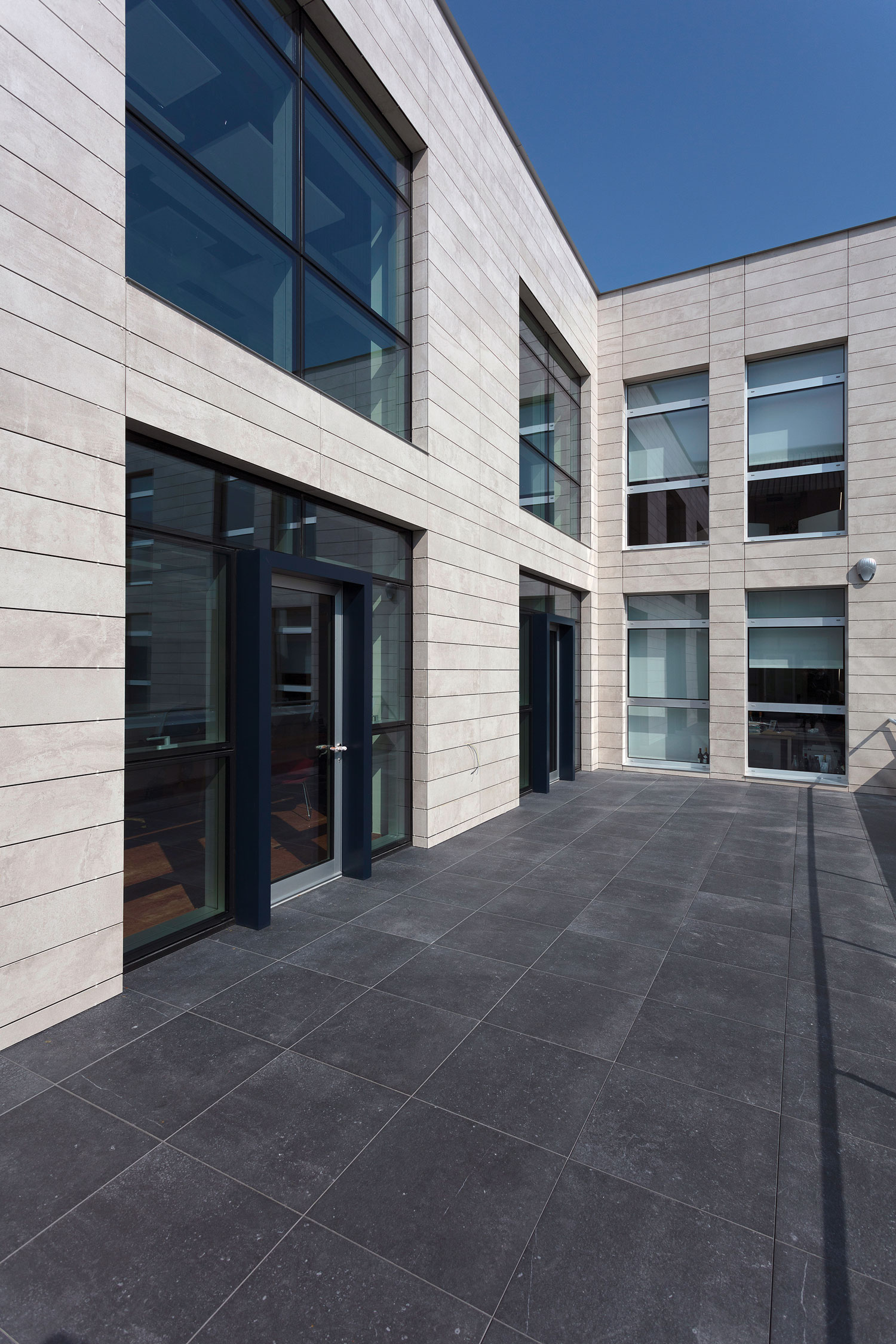