A house entirely clad in natural stone, divided into two archetypal gable roof houses according to the strict development plan, planned and realized from 2019 to 2021 within the specified budget framework. Our design develops over three levels on the southwest-facing property as a modern villa while exhausting the strict building regulations. The commission came after winning an invited architectural competition with prominent participation. The design principle is dialectic: two houses, two stones, Dietfurt limestone and Wachenzeller dolomite, large and small, rough and smooth, light and dark, inside and out. The building envelope is made of 100% natural stone via a solid construction without the use of exposed concrete. Rising walls were layered with rough stone in free lengths and three heights on press joints: with the weather and light, rain and sun, the colors and the appearance change from bright and friendly to noble and reserved. The execution of the details is radical: what looks simple requires the greatest precision in the details. The transitions from the vertical outer facade to the sloping roofs strengthen the monolithic character and testify to craftsmanship. The arrangement of the skylights in bands and the concealed drainage are solved with ingenious connections and concealed pipe routing and can be revised. 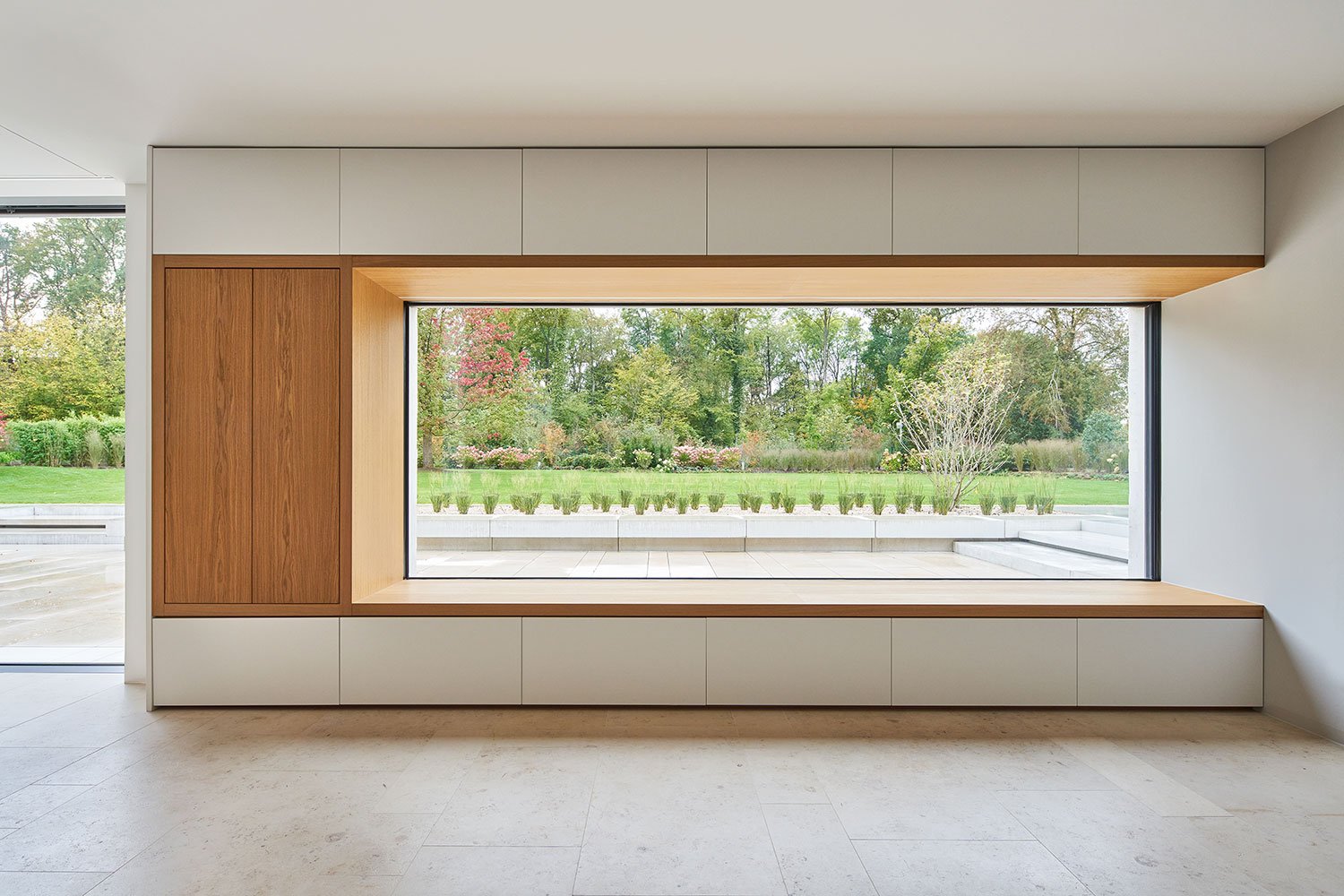 Titus Bernhard has been active nationally and internationally since 1995 with his spectacular architectural projects. A concentration on the essential and a minimalistic architectural language distinguish all the work of his office, combined with the highest standards of manual and aesthetic qualities. His architecture develops from classical modernism to an autonomous phenomenological architectural language. “Haus 9×9” attracted enormous attention from areas far outside the architecture world, just as his more recent “Haus M” and “Haus 11×11”. Awards: i.a. Erich-Schelling Medal 2006, BDA Prize - Bavaria 2006, numerous best architects awards; exhibitions at AEDES Berlin 2004 & 2013, Architekturgalerie Munich; the galerie d’architecture Paris, plus two appearances at the Biennale in Venice. Titus Bernhard belongs to the young avant-garde in Germany. From 2005 to 2007, he was visiting professor for design and construction at the Constance University of Applied Sciences (HTWG Konstanz).