Six-Directions Meditation Courtyard House, a place close to nature, far away from cities and crowd The project is located in a mountain in southern China, which is far away from cities and crowd. The client of the house is a Buddhist and wants to use the house as a place for meditation that is close to nature. Therefore, the design follows the world outlook of Six Directions and Human-Nature Harmony in Buddhism, and integrates the building into environment in the Six Directions of East, West, South, North, Sky and Earth, as if it grows naturally from the wild. Meanwhile, it introduces such natural factors as local mountain views, stones, natural light, water, wind and plants into the space, enabling users to have a connection with surroundings with their visual, auditory, olfactory and cutaneous senses even when they are behind the walls. All the efforts create a natural and peaceful space for people to slow down to spend time with the nature and themselves in the face of the rapid and fierce urbanization upsurge and busy city life nowadays. There are free rooms for passersby looking for spirit serenity. In this project, the architect try to minimize the impact of the new building on the natural environment. Considering the impact of land occupation and the building height on the environment, the building volume is carefully controlled by adopting a predominantly single-story, and partially two-story courtyard structure, with its roofs echoing the surrounding rolling mountain ranges. The project taking the elements from traditional architectures uses new methods to express natural aesthetic in a low-cost. The building materials mainly come from the local area, including bricks produced locally but rarely used nowadays, pebbles cleared from the river nearby, bamboo and tree branches grown in adjacent mountains which are usually used by local residents as firewood, etc. These materials may show up in unexpected parts of the house, but it looks like they all belong here. The construction adopted the Chinese traditional manual construction method, so it took a longer project time than the industrial constructions, but it minimized the impact of the construction process on the natural environment. For example, traditional smaller construction tools were used instead of modern large-scale construction mechanical equipment so that less open space were needed and less plants were removed, and there were not too much construction noises and dusts which were harmful to the plants and animals around. 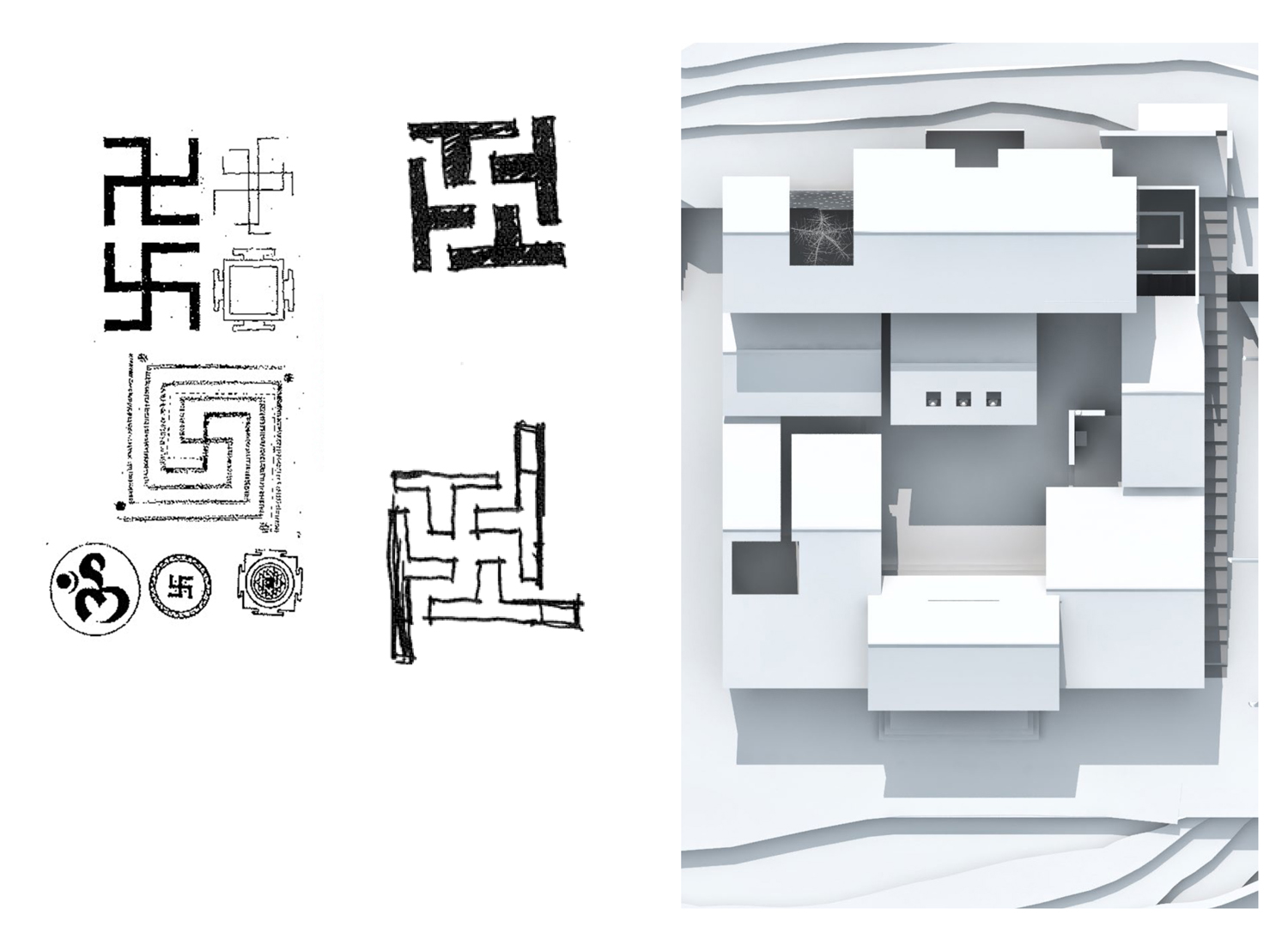 ICI ARCHITECTURE is founded by Jiayao HUANG in Canton. The studio’ s efforts are about unique architectural experience for everyone involving harmony of man-made and nature.