The newly opened expansion of Helsinki Airport brings adventure and romance back to air travel. It also improves the functionality of the airport, built in multiple phases starting from the 1950s. In 2016, the airport operator Finavia launched a design competition for the expansion and modification of terminal 2. The competition task included relocating the departures and arrivals halls to a new building so that the existing departures hall of terminal 2 could be turned into gate areas for Schengen area flights. The 43,000 SqM departures and arrivals building comprises two distinct volumes; the first defined by its wooden ceiling, the second by its blue color. In addition to the departures and arrivals halls, the first volume also contains a ground travel center, and the second the areas for security control, customs and baggage reclaim. As the new building connects directly to the existing terminal 2, it follows the traditional logic of separating the flows of departing and arriving passengers onto different levels. For years, architects have aimed at creating illusions of flying and of overall lightness with their designs for terminal roofs and ceilings. This is true also at Helsinki Airport – the ceilings of the older construction phases are seemingly lightweight and tectonic. Even the ceiling of the new departures hall plays with the concept of lightness but combines it with extreme weight. The use of steel structures has enabled the construction of both the column-free departures hall and the massive entrance canopy. These structures are hidden inside the ceiling made of prefabricated timber units. Its thickness is noticeable when looking at the deep recess of the skylight in the center of the check-in area. The plasticity of the overall form however makes the ceiling seem as if it was floating in the air. The flowing shapes of the spruce boards resembling contour lines turn it into an upside-down version of a three-dimensional map that leads the passengers’ thoughts towards the sky above the runway. The low-rise blue security control volume between the new departures hall and the old terminal is recognizable already from further away. The color continues from the exterior cladding to inside the building. When entering the departures hall, the departing passengers will immediately notice the blue area behind the check-in kiosks. In addition to improving recognizability, the blue color also has a calming effect in the sometimes-stressful security control situation. On the lower level, the first thing the arriving passengers see after having passed through customs, is a nature diorama, a freeform installation with living trees, shrubs and stones in a large cor-ten planter. The diorama combines the characteristics of Finnish nature with Japanese garden art. When looking up through the diamond-shaped opening above the diorama, the arriving passengers will see both the wooden ceiling of the departures hall and the blue sky visible through the large skylight. Following the airport operator's sustainability standards, the expansion was designed and built according to the BREEAM Excellent criteria. It was executed as one of the first alliance projects in Finland. The airport remained fully functional throughout construction. The new departures and arrivals building opened to the public in the beginning of December 2021 and will be fully functional by the end of May 2022. All airlines operating from Helsinki Airport will have moved their check-in functions to the new building by the end of June 2022, after which the new main entrance and the new departures and arrivals halls will be able to serve all passengers. The airport will then have all its functions practically under one roof, in one single terminal. The ongoing renovation and modification work to turn the old terminal 2 departures hall into gate areas, will be completed by 2023. 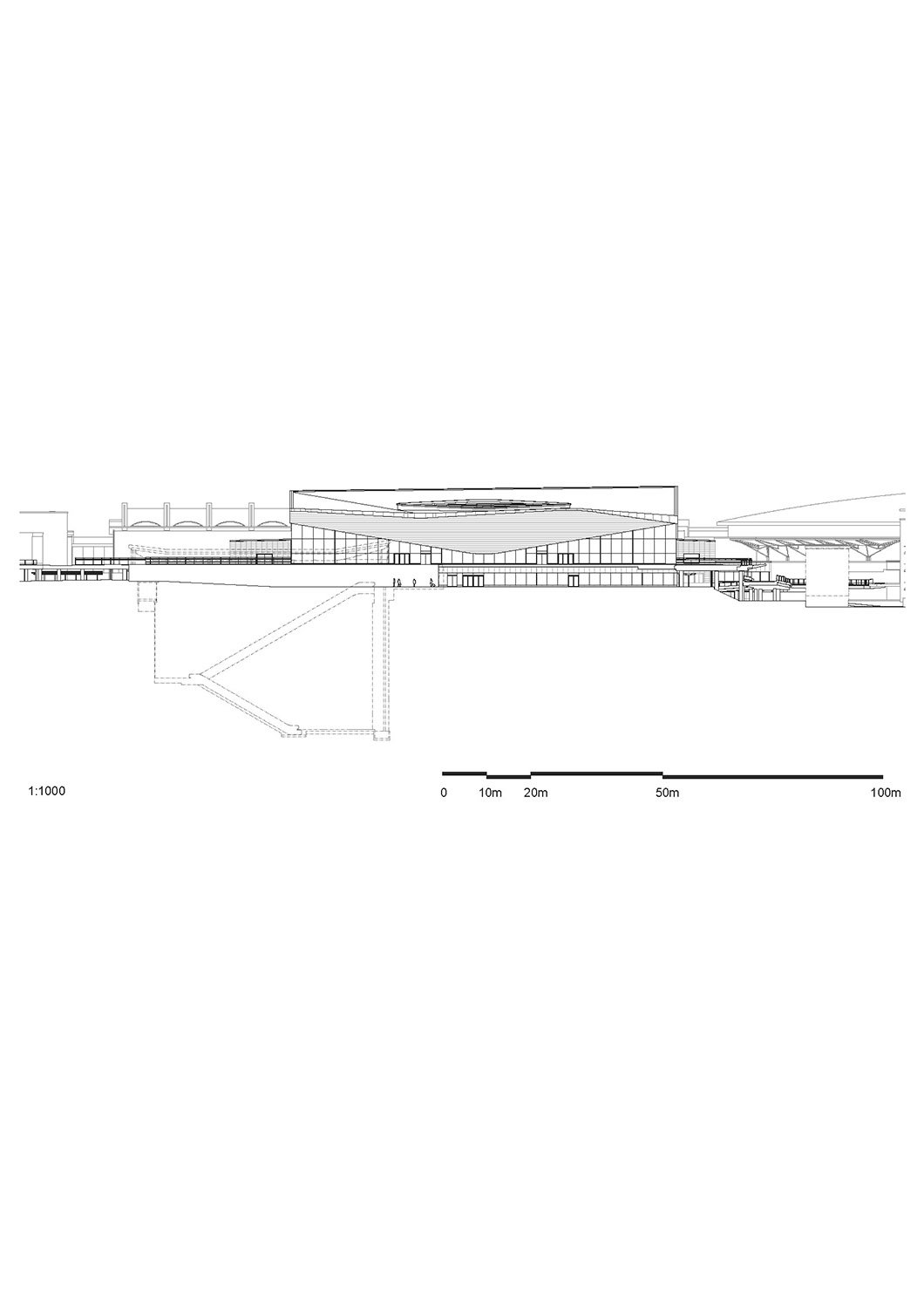 ALA Architects specializes in demanding public and cultural buildings, terminal design and modernist renovation projects. The Helsinki–based firm, founded in 2005, is run by Juho Grönholm, Antti Nousjoki and Samuli Woolston, and in addition to them employs a team of 45 architects, interior architects, designers, students and other staff members, representing 15 nationalities. In addition to the new departures and arrivals building of Helsinki Airport, ALA’s recently completed projects include three metro stations in Espoo, Central Library Oodi and the Saukonlaituri parking facility in Helsinki, Courtyard Tampere City hotel in Tampere, and the renovation of the Finnish embassy in New Delhi. The firm is currently working on such projects as Event Centre Satama in Kotka, Lumière University Lyon 2 learning center La Ruche in Bron and the expansion of the Estonian Business School campus in Tallinn.