Traces and sequences of time relate the spaces: The Grill - Reichnauer House in Viennese Alps

The house is always an act of enclosing nature - At the beginning a garden is created, a hortus conclusus as the epitome of paradise. Our temporary responsibility for a previously untouched piece of nature begins with the construction. Accordingly, a house is a garden pavilion - a private canopy erected on a temporary basis. It doesn't grow like an organic body whose volume increases. If a house within the garden has to expand over time, then it is supplemented by another room.
This additive design principle can hypothetically be continued as an infinite process from the individual room to the palace. The French post-structuralists and philosophers Gilles Deleuze and Félix Guattari explain that the nomad in us does not change in the course of his travels, but rather transforms space or its meaning.
So not only the mobility of the individual in space, but also the relationship between space and time form the core idea of the house. Thus, for its residents, the house is a material imprint of time, which otherwise remains abstract and always in motion. Traces and sequences of time relate the spaces that are in discontinuity to each other.

The existing weekend house was built in 1969 in Payerbach (Lower Austria). Fifty years later
the contemporary adaptation began in 2019 with the aim of expanding the existing building and redesign it according to today's ecological and technical requirements. The existing buildings (a house and a guest house) are located on a flat plot of land that borders the “Wiener Wasserweg”. From the garden you have views towards Schneeberg in the north, Kreuzberg in the south and towards Rax in the west.
The original house with two rooms has been expanded to include an additional room. The existing lightweight structure with the local gable roof was renovated and converted into a private area (kitchen, bedroom and study). The structural measures include a new vestibule, a terrace, larger window areas and the thermal renovation of the outer walls. The infrastructure of the house, including wet rooms, heating, water and electrical lines, was completely renewed.

The extension, originally planned as a purely wooden structure, was built as a solid structure and clad with local stained larch wood. The pentagonal shape of the property allows for the best views of the surrounding landscape. The generous openings frame the most beautiful scenery in the garden and the surrounding area. The conception of the house is based on the most precious property in Vienna's local mountains - the view. The insights and views captured with window frames are therefore key elements of the formal design. In addition, special emphasis was placed on the privacy of the residents. They can enjoy the views without being watched.
A fully glazed connecting corridor gives a brief glimpse of the vicinity of the inner garden and the Kreuzberg, and of the foothills of the Schneeberg in the distance.

An outstanding quality of the house is the creation of the numerous and fundamentally different "atmospheres" in and around the house.
The well-placed extension structures and zones the newly designed garden. The new part of the building shields the living and sleeping areas acoustically and visually from the access road, thus increasing the intimacy in the garden.
Each room has an outside space in front of it, clad with wood and stone. 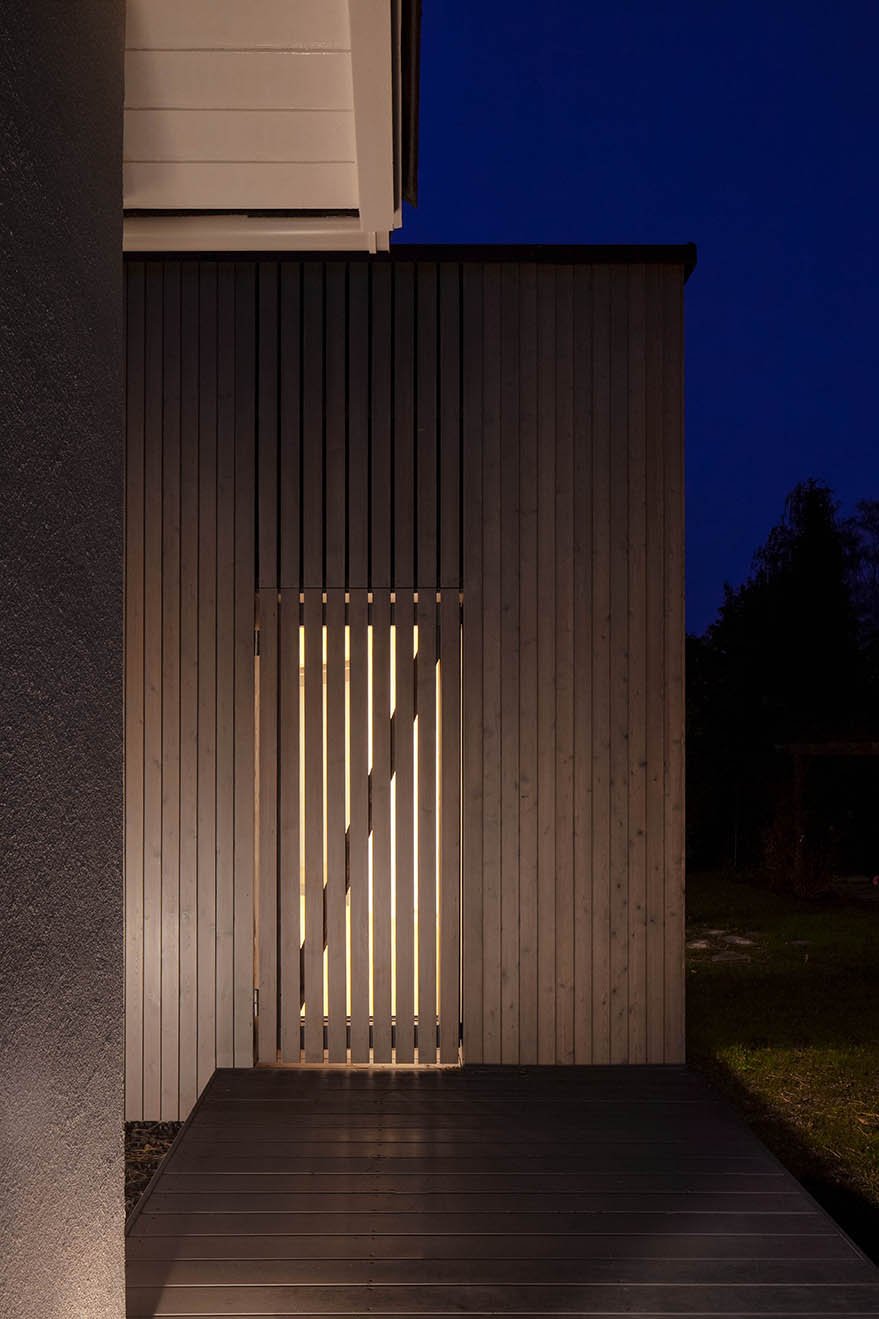 Mladen Jadric is teaching (TU) and practicing architecture in Vienna, Austria. He has realized a wide range of projects of different scales: architectural and urban design projects, housing, residences, art installations and experiments with new materials and technologies in Austria, USA, Finland and China. He has gained extensive experience as a visiting professor and guest lecturer in Europe, USA, Asia, Australia, and South America. He has exhibited at the Royal Academy of Arts in London, M.I.T., Cooper Union, and Roger Williams University, USA; Alvar Aalto University, Helsinki, the Architectural Biennale in Venice, the World Architectural Triennale in Tokyo, Seoul Biennale of Architecture and Urban Planning, NIT-Nagoya, and many more. He received the State Award for Experimental Architecture, Karl Scheffel Preis and Schorsch Preis for housing by City of Vienna, Grand Prize by Mayor of Busan, Korea. Member of Künstlerhaus.