Background:
The Jameos del Agua complex is part of Lanzarote’s Art, Culture and Tourism Centres (CACT), designed by the multidisciplinary artist César Manrique. The CACT Centres, which received almost three million visitors in 2019 and are one of the most important drivers of tourism and make up an important territorial network that establishes links with the most characteristic landscapes of the island of Lanzarote - a Biosphere Reserve and Unesco Global Geopark, aiming at heightening environmental awareness among visitors. The Jameos del Agua Centre is an architectural intervention designed and built in several phases from1964 onwards. Its subterranean garden, which develops around a volcanic lava tube and its three jameos - open, roofless grottoes - is a major work of environmental art, integrating architecture and landscape into a Gesamtkunstwerk. A visit of César Manrique’s Jameos del Agua is a fully “authentic” experience that brings the visitor up close with nature, and yet there is not a single space that has not been designed and presented artificially.

Intervention:
Our project for the new Casa de Los Volcanes Exhibition Space, which will house the centre’s museum of volcanology, adapts an unused part of the building complex, which was formerly meant to serve as a hotel but was left unfinished and unused for decades, for use as a museum. This transformation is a consequence of the wish to renew the outdated exhibition from the 1980s and of the need for structural repair of the present exhibition space in another part of the building.

The intervention maintains the exterior aspect of the built volumes, reducing its visual footprint. At the same time, it opens up the interior through a process of micro-erasure, transforming minor elements, and through the creation of accessible connections. The new exhibition gallery respects the openings of the existing structure in the form of skylights and patios. These elements provide for natural lighting and ventilation and create a sequence of light and shadow, bright and dark spaces, according to the needs of the analogue and digital exhibition content.

The design is in accordance with the traditional local vernacular architecture, which also inspired the façade and roof’s characteristic white natural hydraulic lime paint finish over a mortar based on natural hydraulic lime with the addition of graphene. In the interior, the intervention makes use of modular elements, such as the ceramic floor slabs and the white HPL panels, reducing the need for maintenance and facilitating easy replacement, while at the same time marking marking a contrast to Manrique’s bespoke designs.

Our intervention frees up the former temporary exhibition space in another part of the building, which is now reverted back into the Centre’s restaurant and lookout point with stunning views of both the exterior volcanic landscape and the interior landscape of the jameos, as originally planned by César Manrique.

Historical and technical context:
There are no original plans for the Jameos del Agua, as Manrique’s understanding of architecture “excluded blueprints and plans, […] his relationship with the architectural space was direct, immediate." (CASTRO BORREGO, Fernando. F. César Manrique: Teoría del paisaje. Cabildo de Lanzarote, 2019). This has made a proper mapping of this major work all the more compelling. In this sense, the drawing process that we have conducted on the basis of 3D laser scanning is intended to accompany the research process. It helps us recognise, understand and reveal how the complex is organised over time and space, and forms the basis of our design proposal.

The New Casa de Los Volcanes Exhibition Space is an innovative project within an innovative heritage building. The project of the new gallery reveres César Manrique’s heritage as one that is alive and ever-changing. Micro-demolitions, a technique already applied by Manrique, shows that removing can mean retrieving the essence of the compound. Rather than solidifying one state in time, the demolitions serve to renew the site’s functionality and promote change for its future use. By extending the continuous route through the Centre and thus augmenting the spatial experience for visitors, the new project constitutes the missing link that ultimately completes the Centre.

Objective:
The present project both interprets and transforms the Jameos del Agua complex. It can be understood as a minimal intervention, which helps the existing building fulfil its original vision by integrating the exhibition gallery into the complex’s dynamics as an open, fluid space and completing the continuous route weaving through the complex in the form of a sequence of tubes and jameos, roof and sky, shadow and light, creating a new staging of the landscape of lava flows. Using a continuous linear route as the unifying fabric, the project converts the Centre from a subterranean garden into a stratified complex of gardens, built over three levels. It is a means to visualise the overall built landscape in a synthesis of conservation and transformation. Interweaving landscape, tourism and cultural activities, the project serves to renew the site’s functionality and acts as a catalyst for the reactivation of the Centre as one of the drivers of the island's culture and economy. 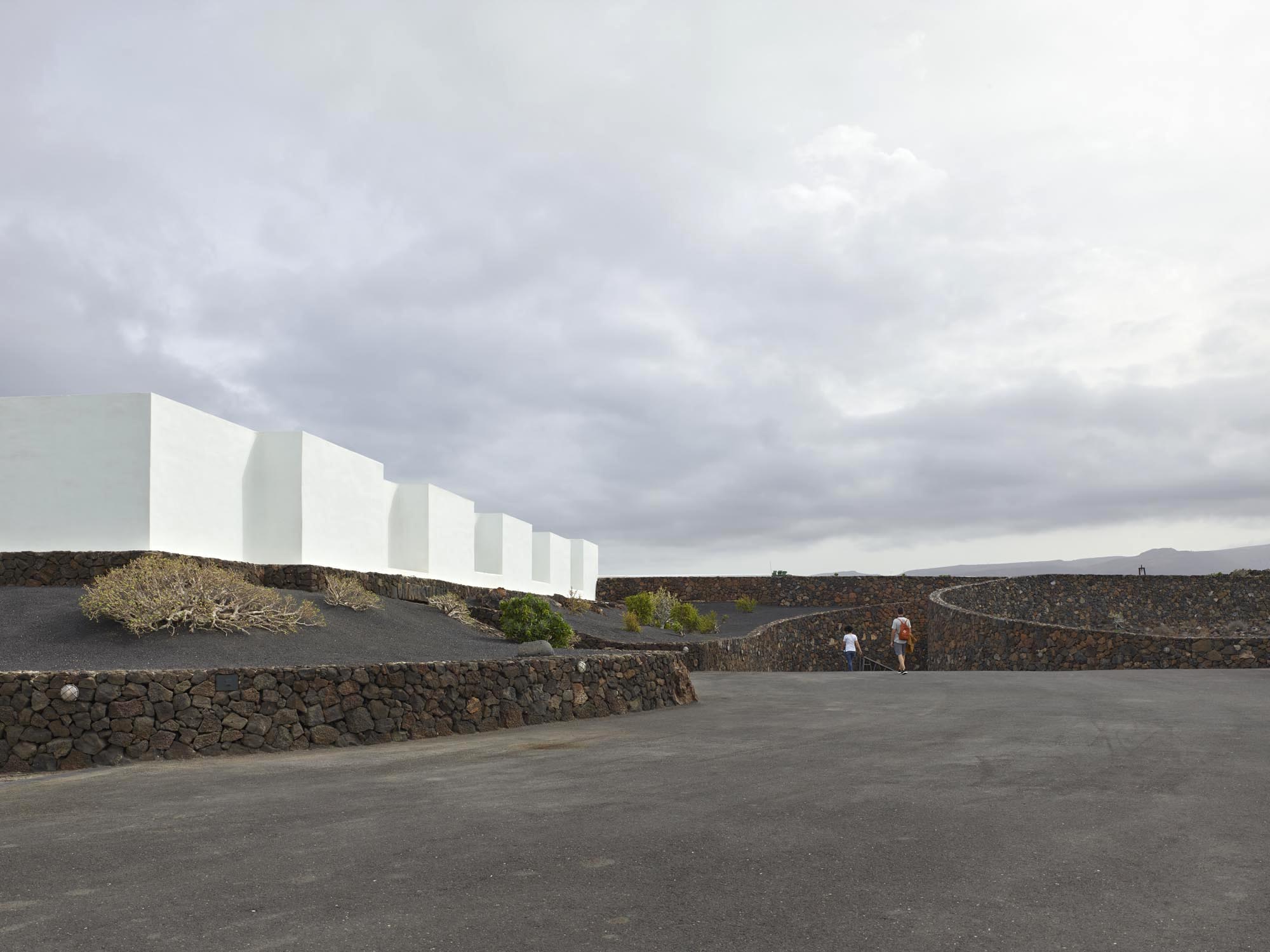 GPY Arquitectos (Tenerife, Canary Islands), is formed by Juan Antonio González Pérez, Urbano Yanes Tuña, Constanze Sixt and Andrzej Gwizdala. The studio has a special interest in cultural and educational facilities, thought of as a sequence of social spaces related to the city and the landscape.
The studio has received a number of high-profile awards in recognition of its work, such as the International ar Awards of Emerging Architecture and the Silver Medal at the Miami + Beach Biennial. The studio was nominated for the European Union’s Contemporary Architecture Prize Mies van der Rohe and for the Iakov Chernikhov International Prize.

GPY’s projects have been featured at the exhibit ‘On-Site: New Architecture in Spain’ at the MoMA in New York and at the ‘Spanish Architecture 1975-2010’ group show in Athens, Nicosia and Madrid, and have been published in publications such as the Phaidon Atlas of 21st Century World Architecture or 10x10_2. 100 Architects 10 Critics.