The Small Universe: a rational and minimal environment In the Northern direction which light does not enter, stood a whole row of floor-to-ceiling, but all functions are based on the south-facing field that only receives light.
In terms of layout, guest rooms and bathrooms need to be reserved for the occasional visits of the parents. Therefore, it is not considered a completely solitary suite. The private area of the bedroom must also be considered for privacy.
Since the zoning cannot be fully opened and penetrated, furniture and cabinets have become the elements that define functional units. Deliberately not showing the image of simplicity, on the contrary, it is based on visual patience. The multiple materials are three-dimensional collages of space, extending narrow lines of movement and rich layers.

The thin and light micro-engraved glass does not require the same orientation to form a dizzying expansion effect. The refraction effect of the coated metal is to let a light form a multi-directional radiation beam. The bright light is no longer restricted, but a small and multi-unit space , Light is free and moving.

The metal frame of the open space is also an attempt to cut and expand the multi-directional angle of view, just like the makeup table frame and tripod, with slits of different sizes, penetrating and having the effect of a magnifier. A number of imaginary spaces are divided, and the floor-to-ceiling mirror on the opposite side is also a repeated operation of mirroring the imaginary space levels.

In order to resist abrasion on the entrance floor, the gray-scale flat marble is inlaid in the plaster floor. The sofa area in the living room is inlaid with solid wood planks to maintain a touch of warmth in the low-limit cold tone, so that the floor is not only one floor, but corresponds to the blocky ceiling. The division of the body and the rows of wooden trusses make the ceiling not only just a ceiling. It is two and three generations and goes on, it's the concept of Taoist universe generation.

The colors also make it layered. The low chroma is matched with each other. The orange leather headboard contrasts the plain white sheets that shocks the bedroom with high chroma. In addition to revealing the individual taste of the space user, it separates the cooking area from the entrance hall. The echoed deep-sea blue-green metal coated plate is also a three-dimensional distance between near and far, generating a concept of homogeneity in three levels. 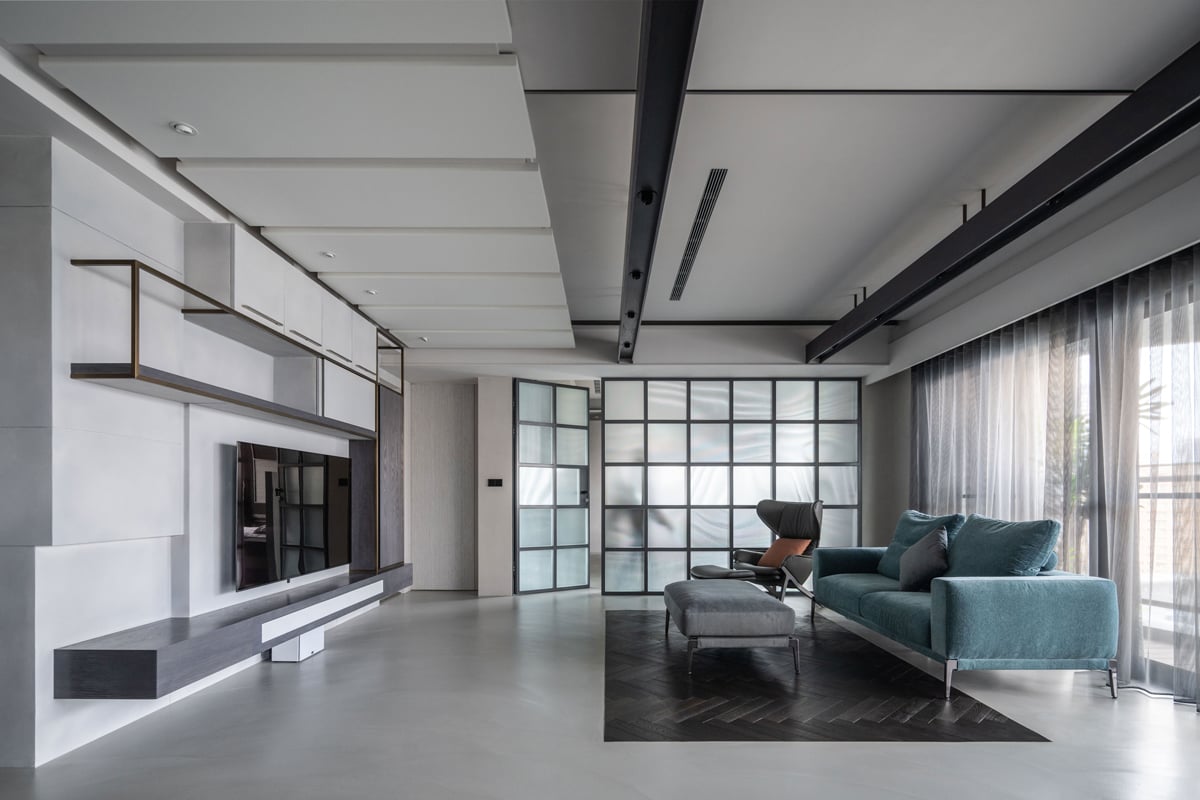 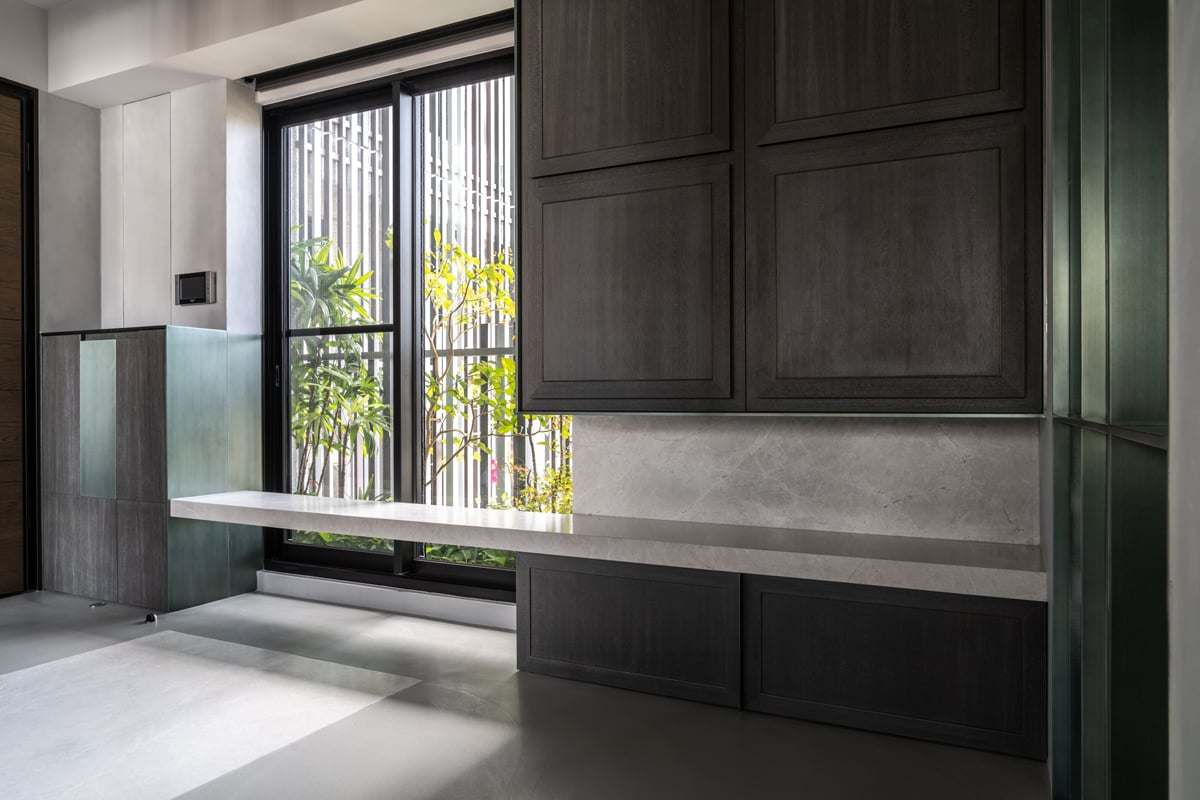 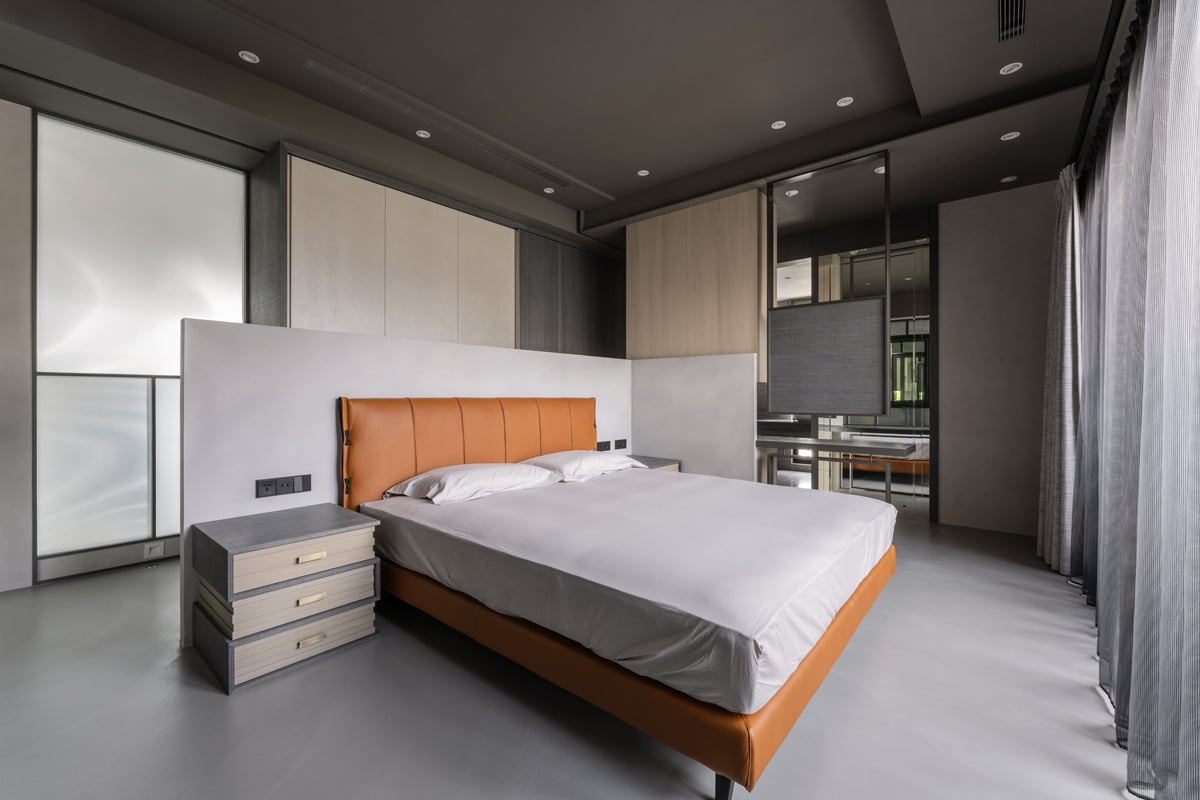 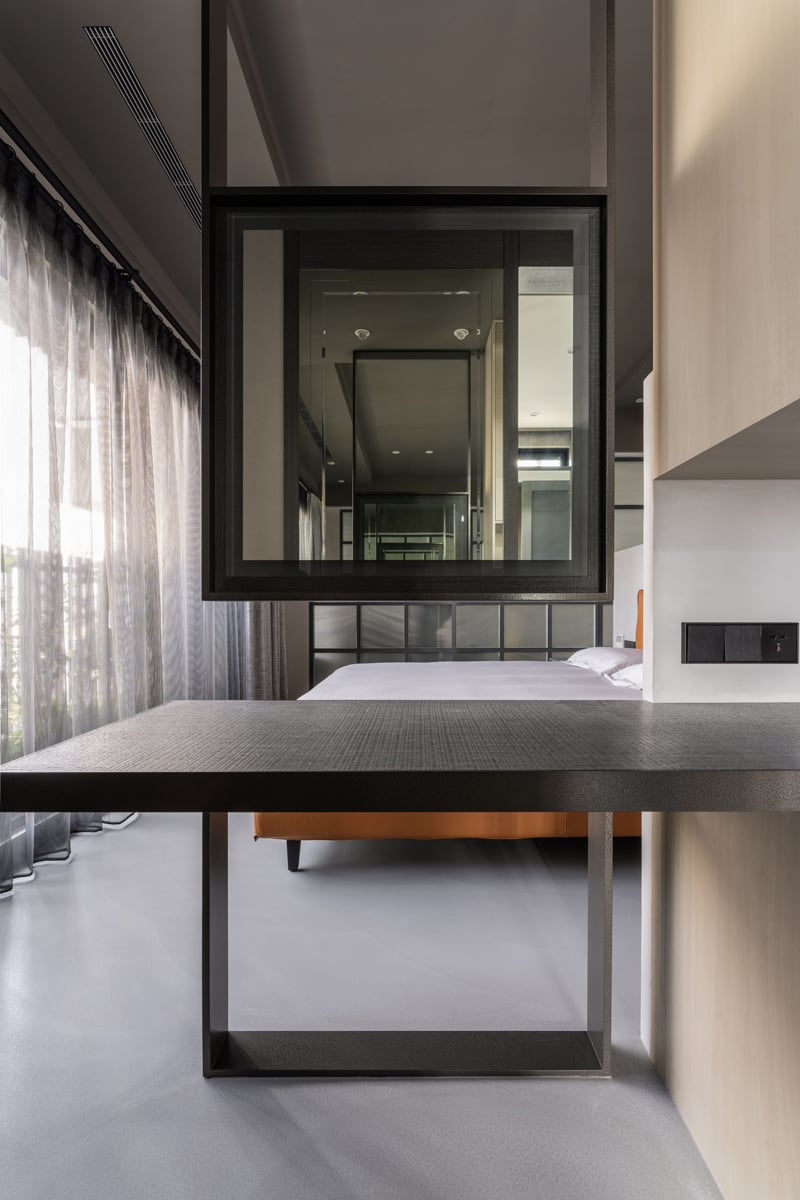 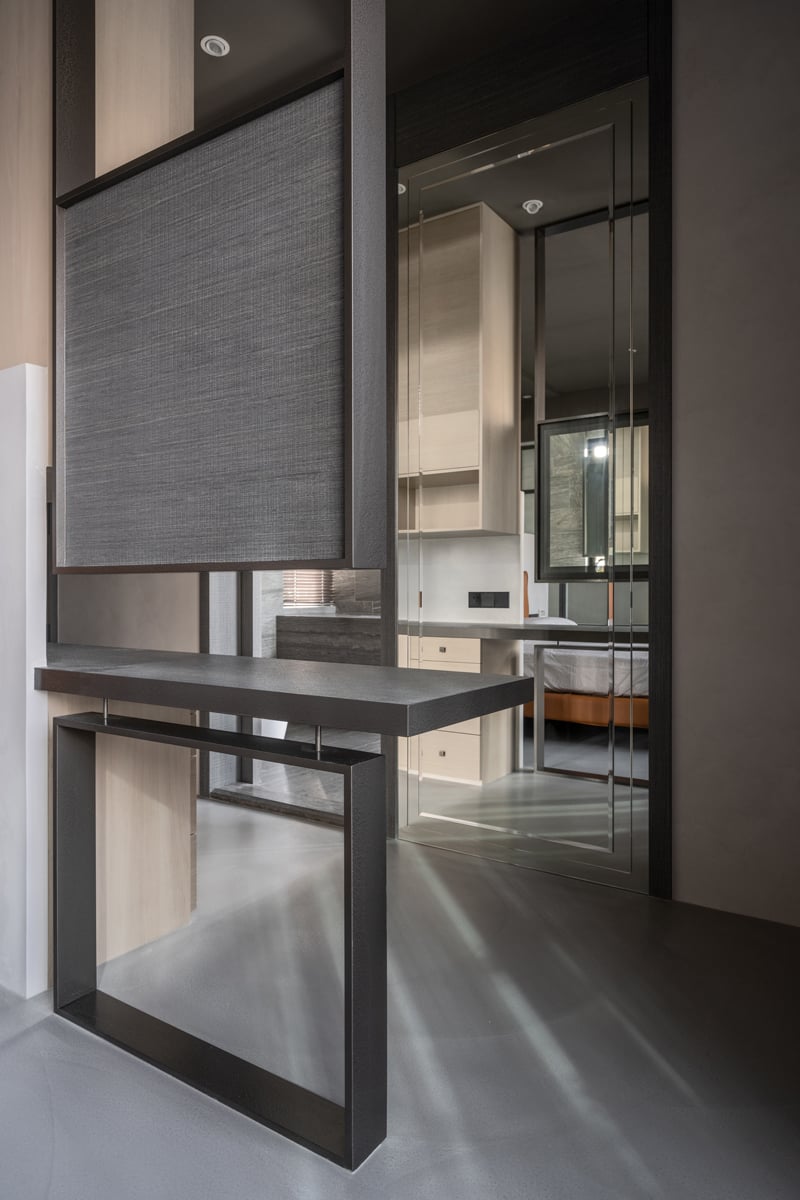 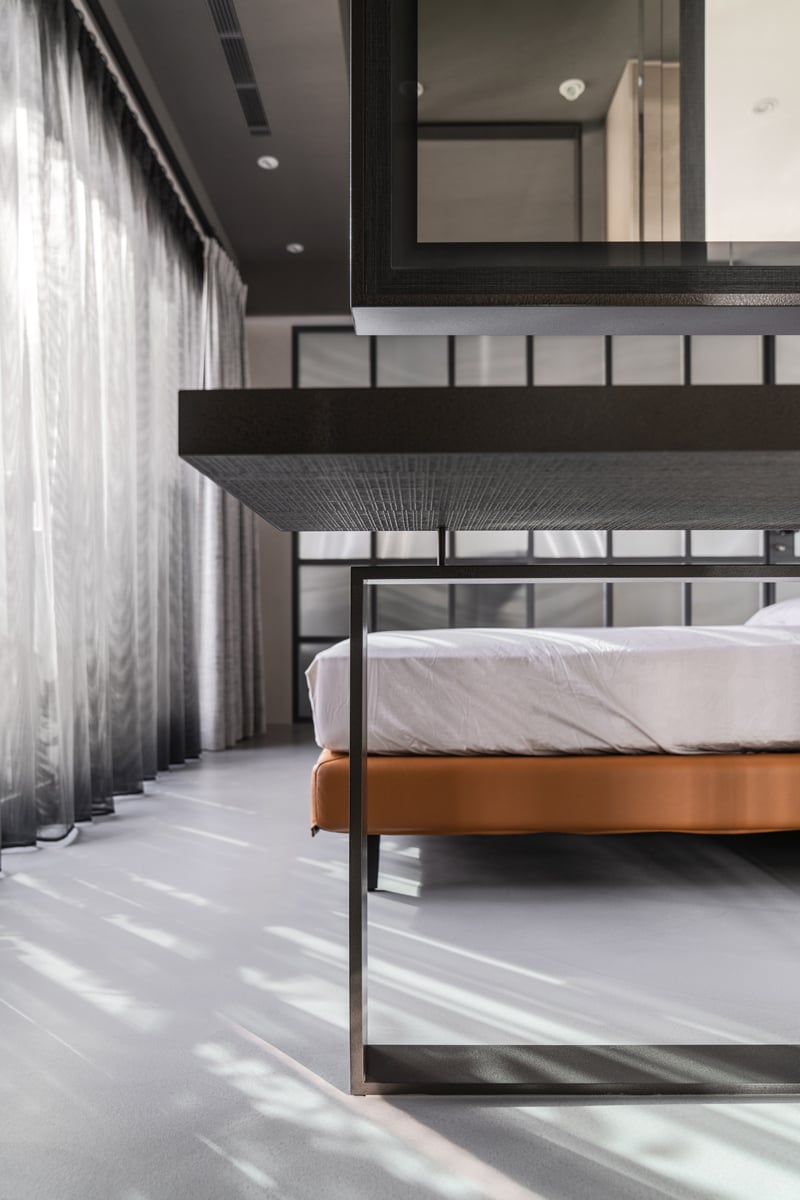 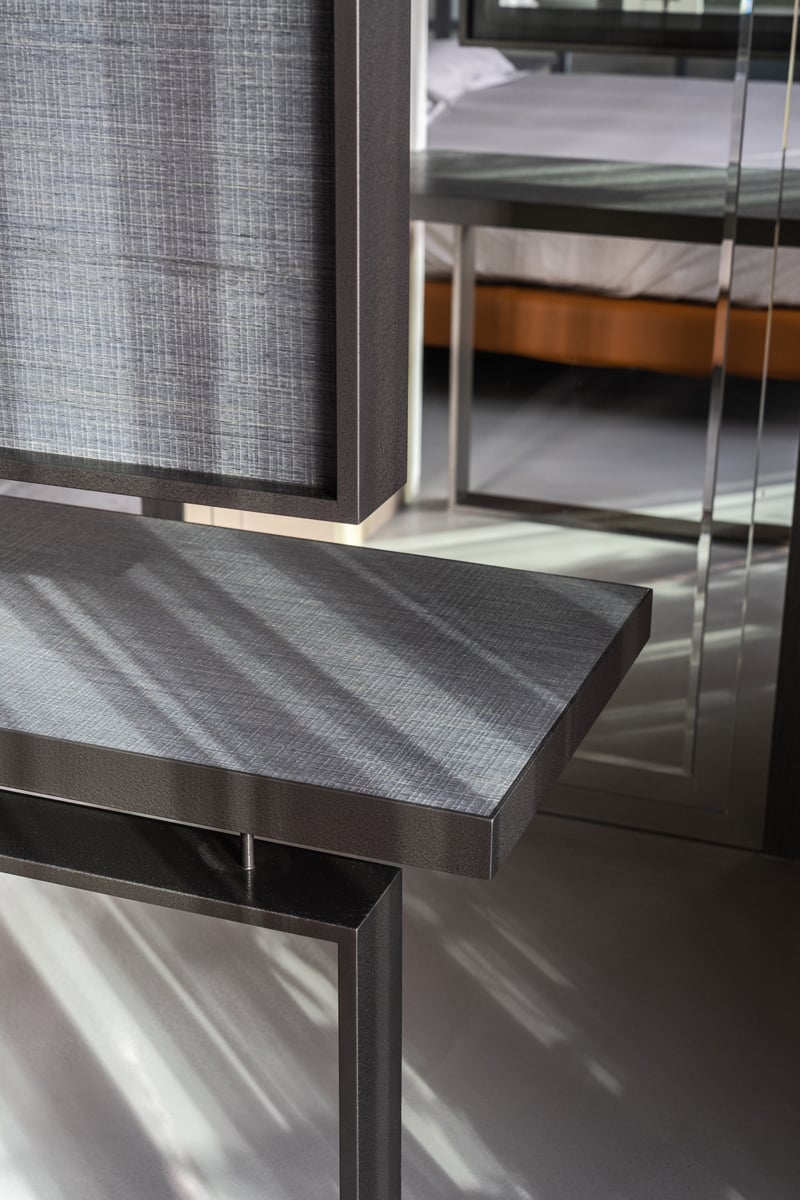 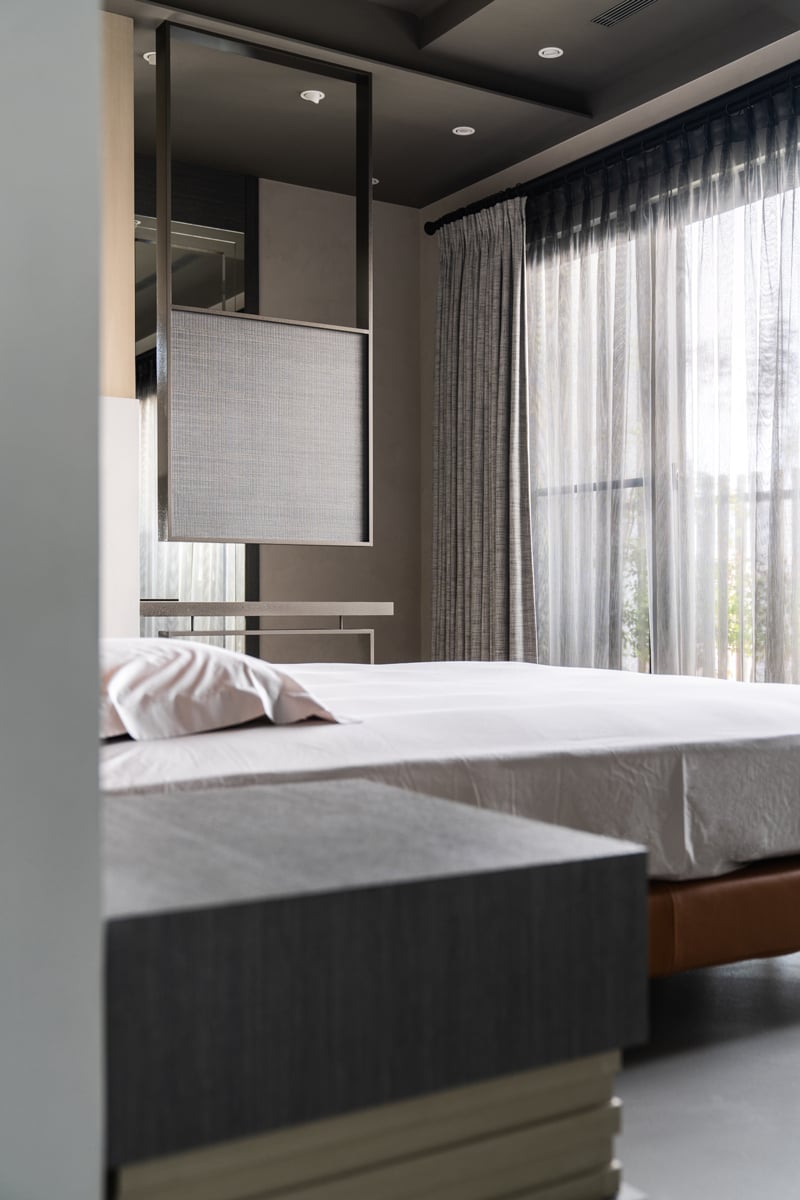 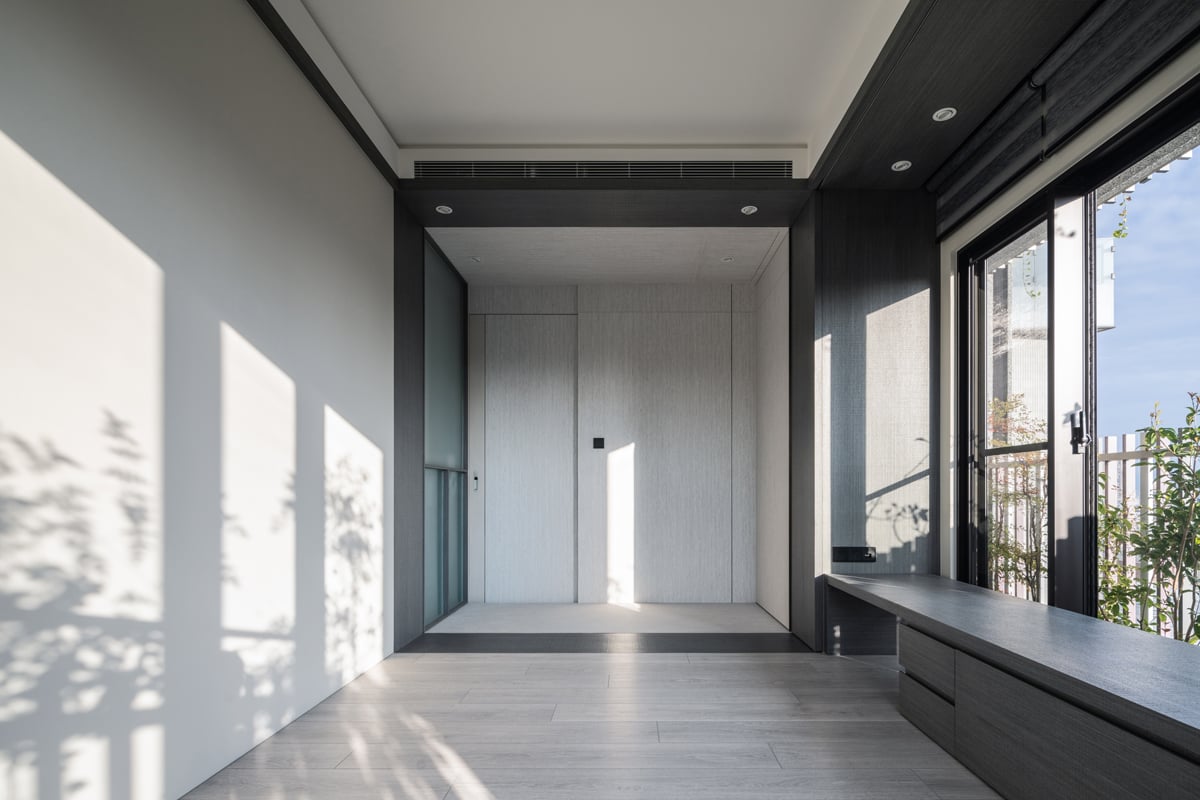 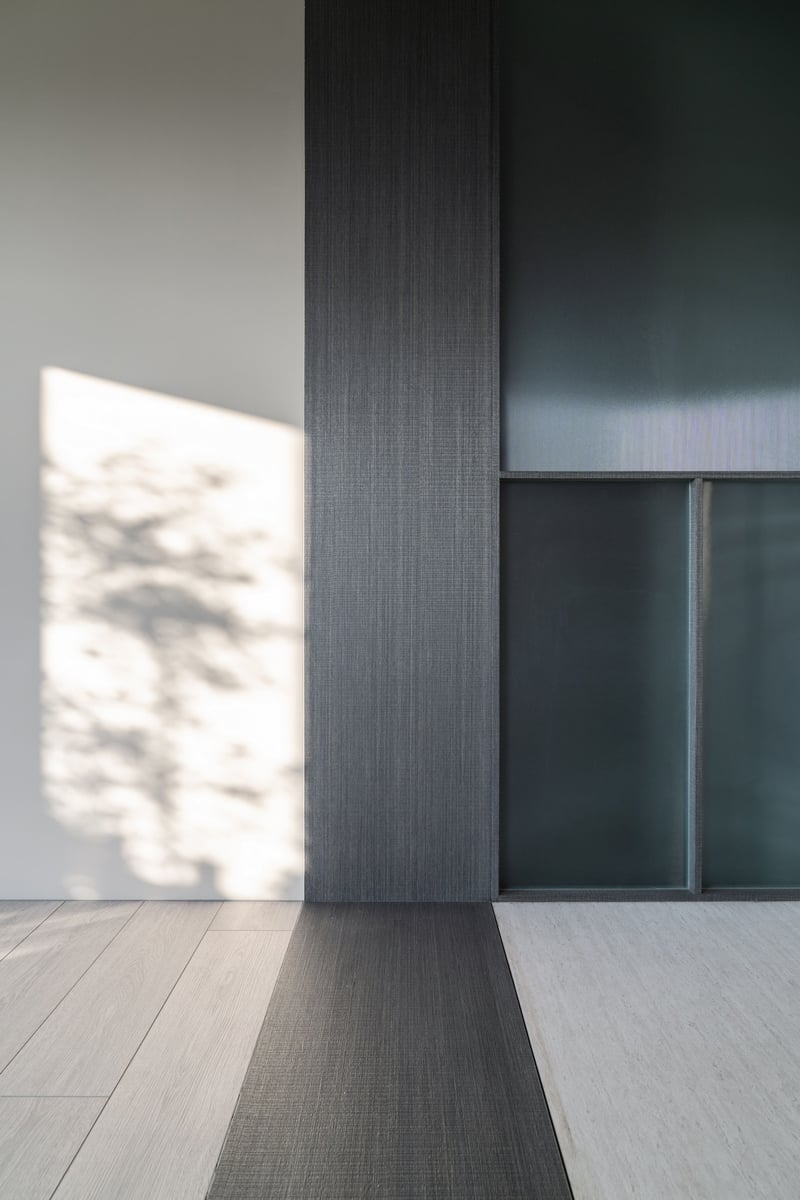 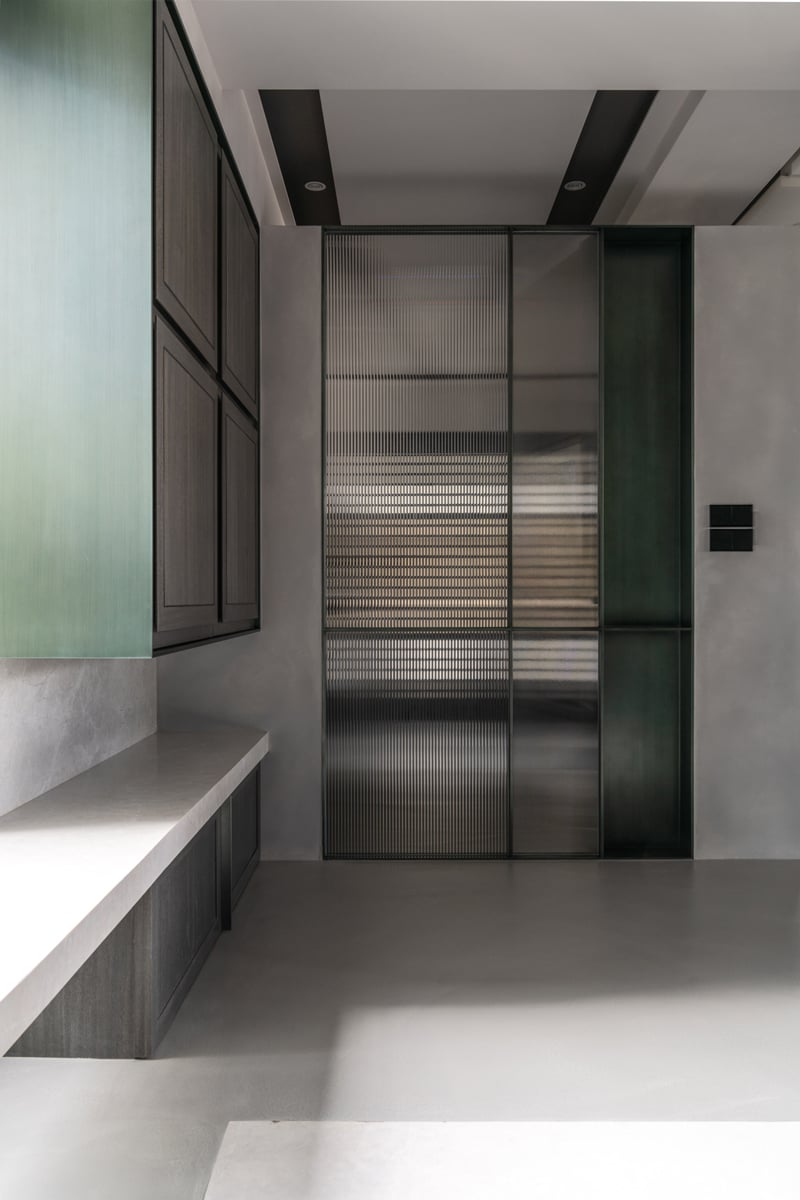 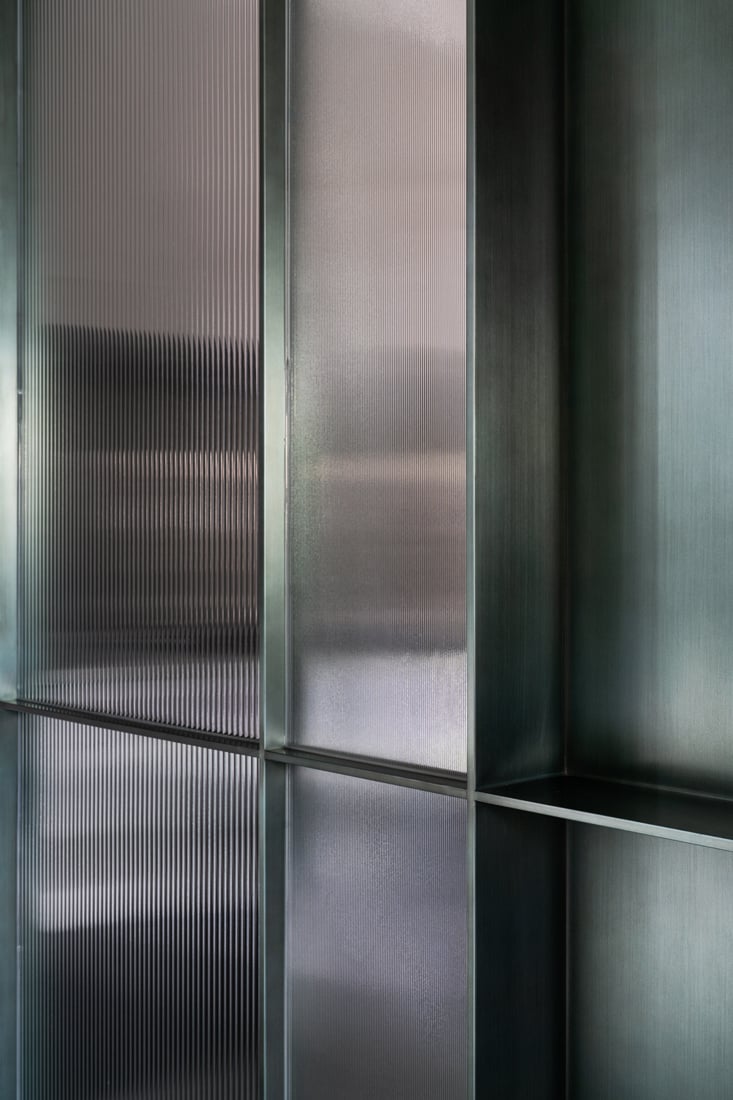 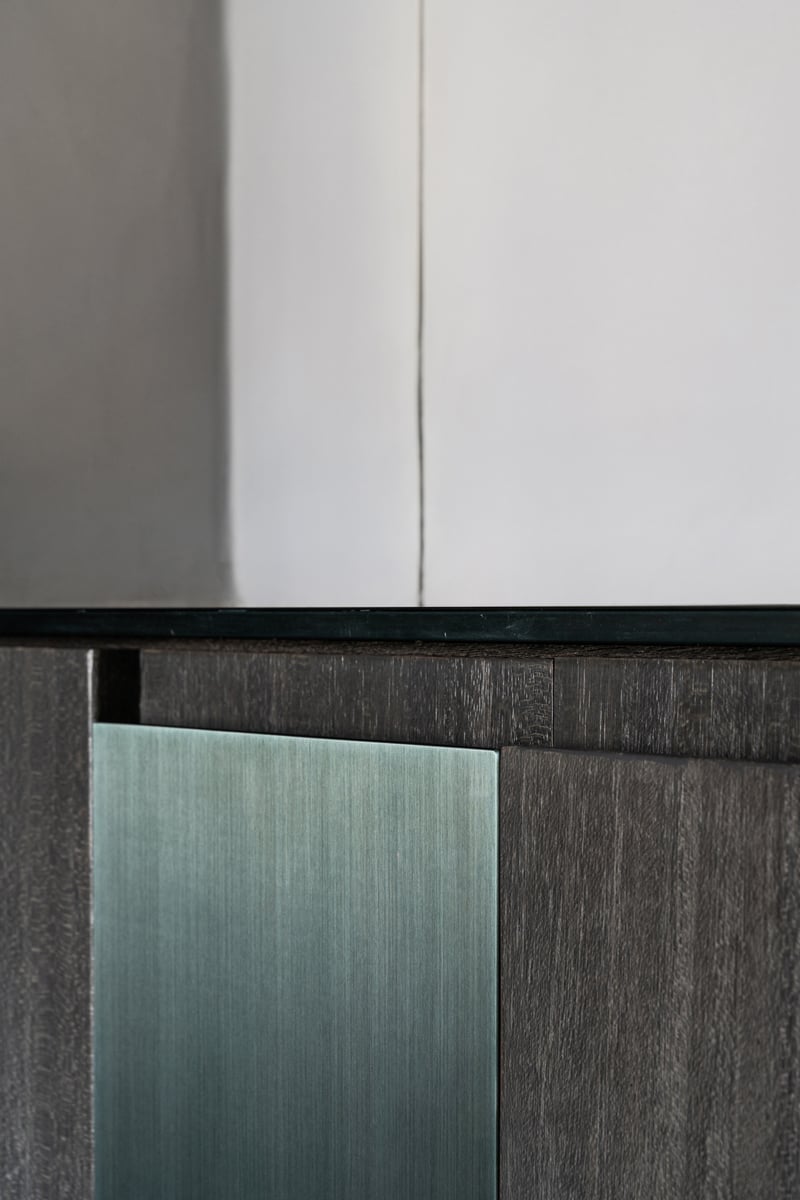 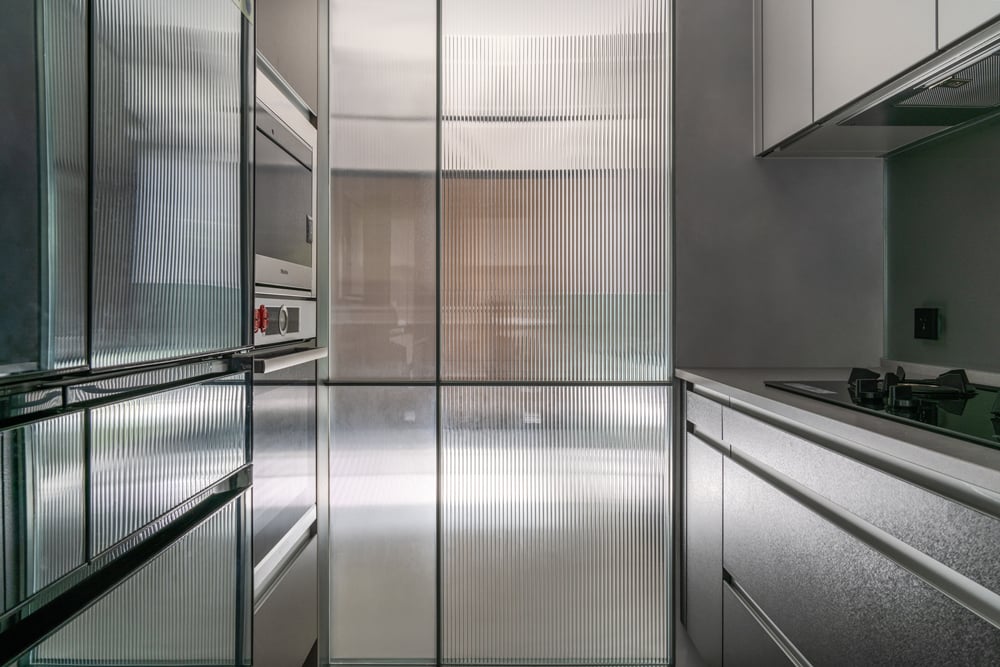 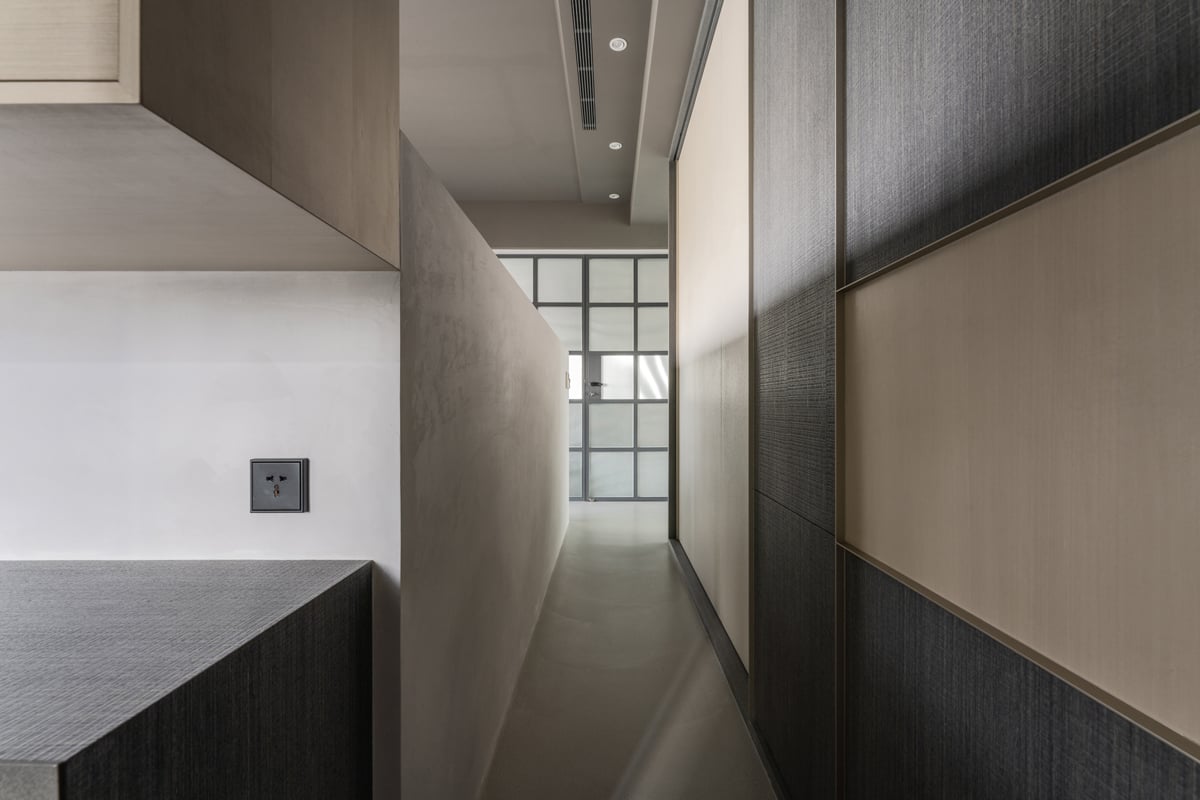 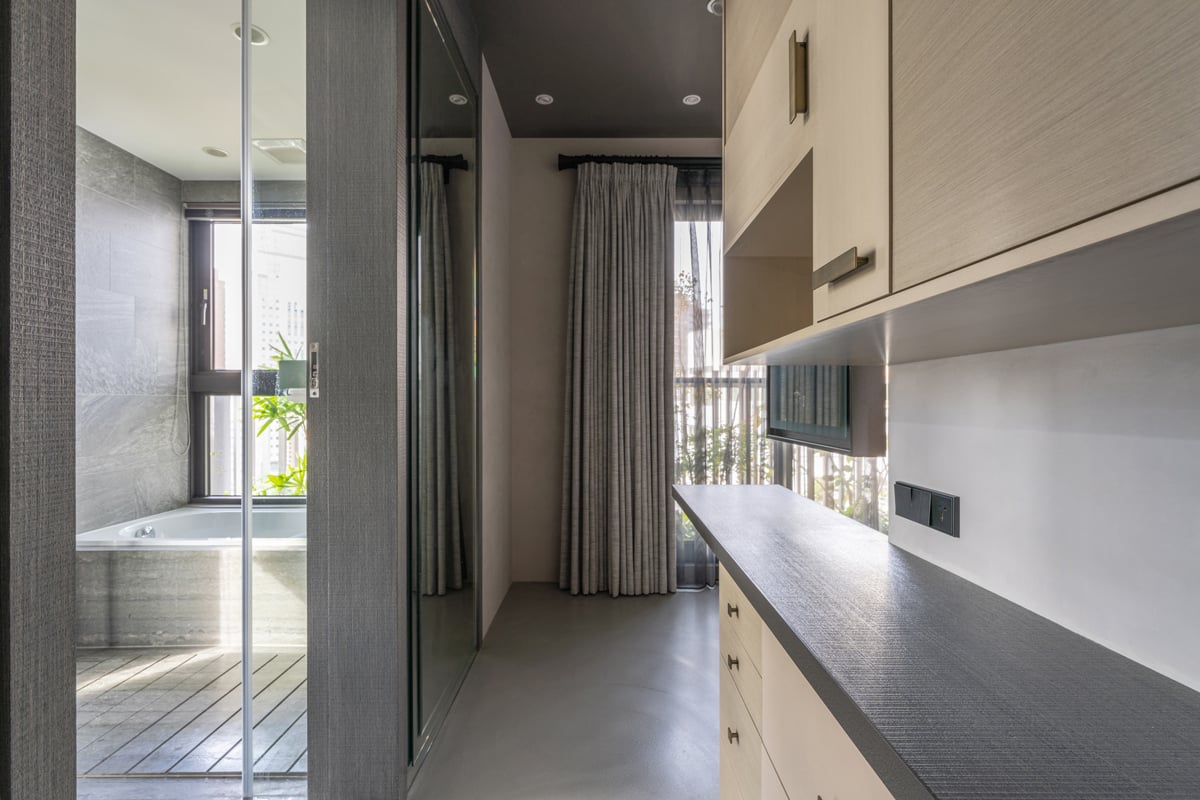 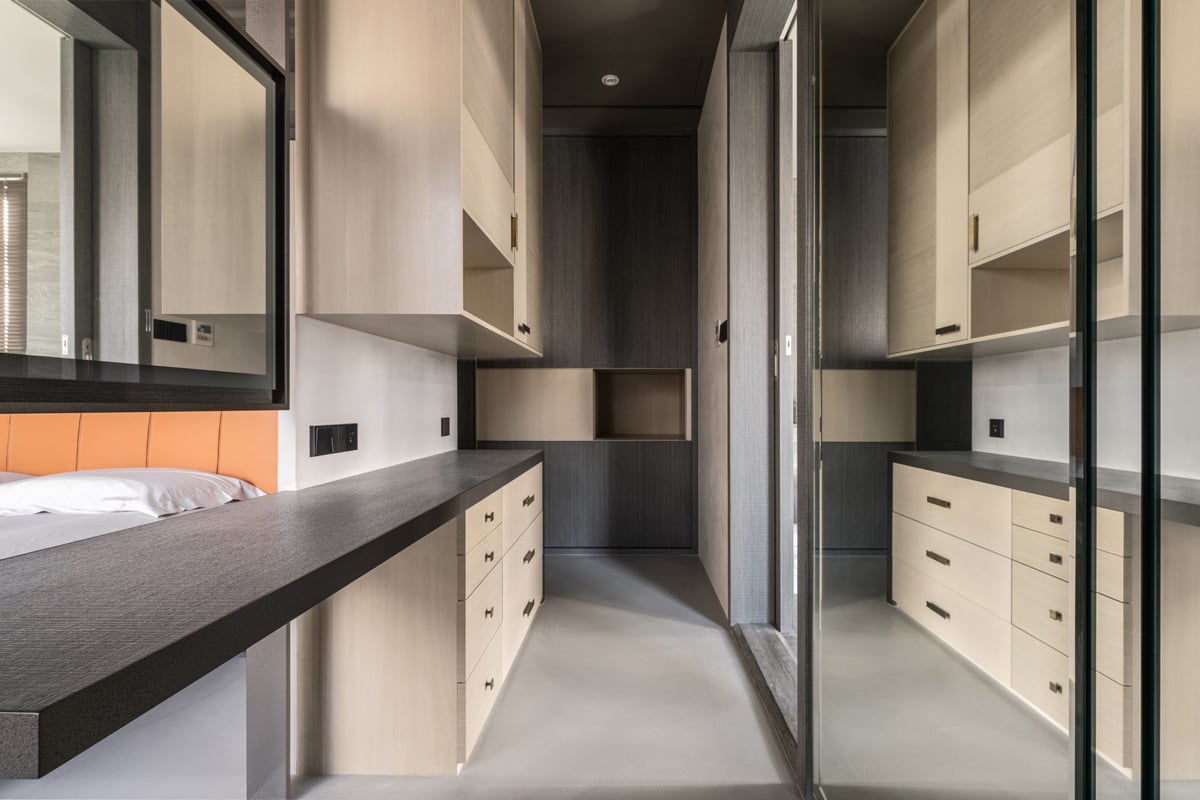 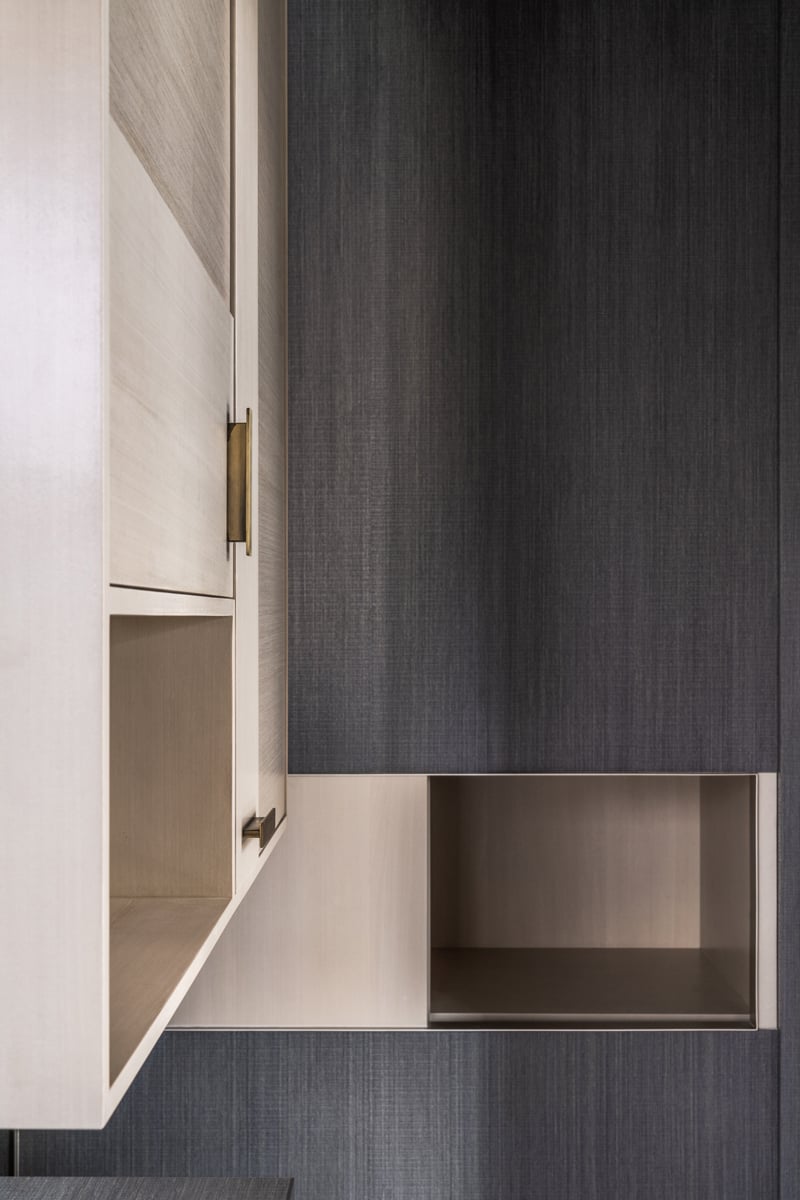 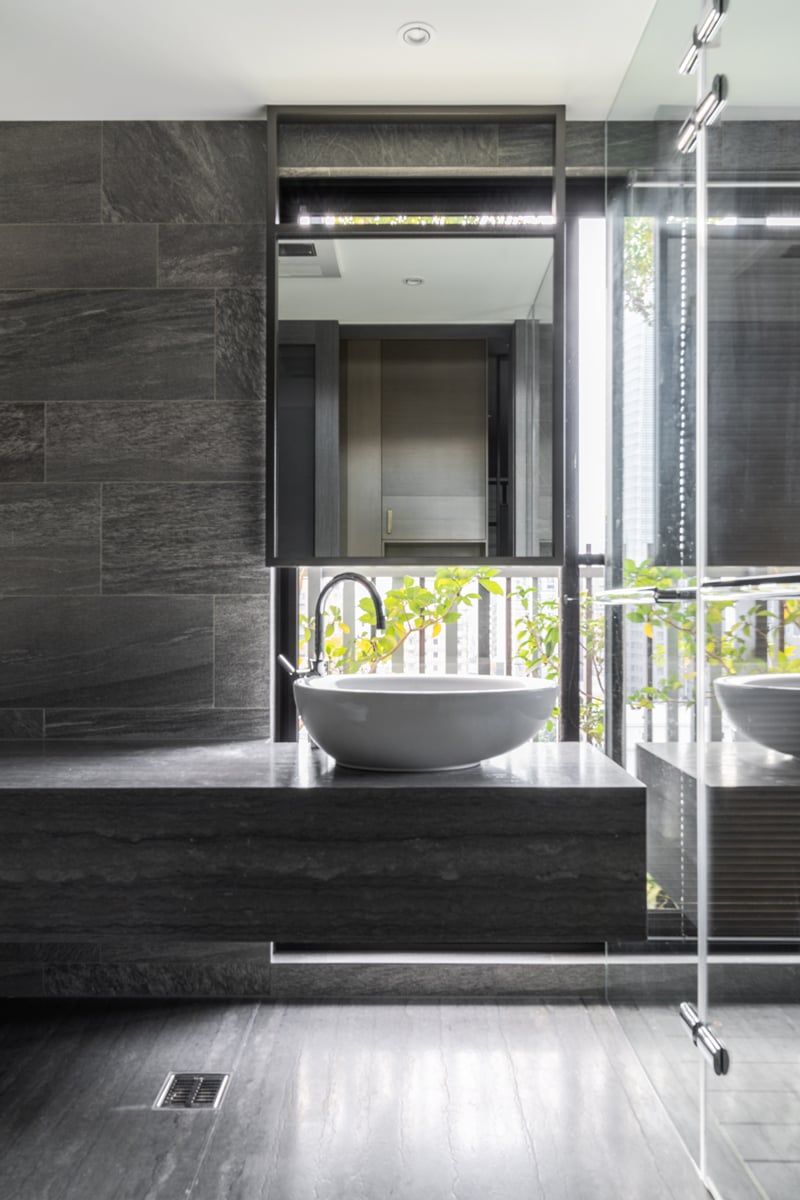 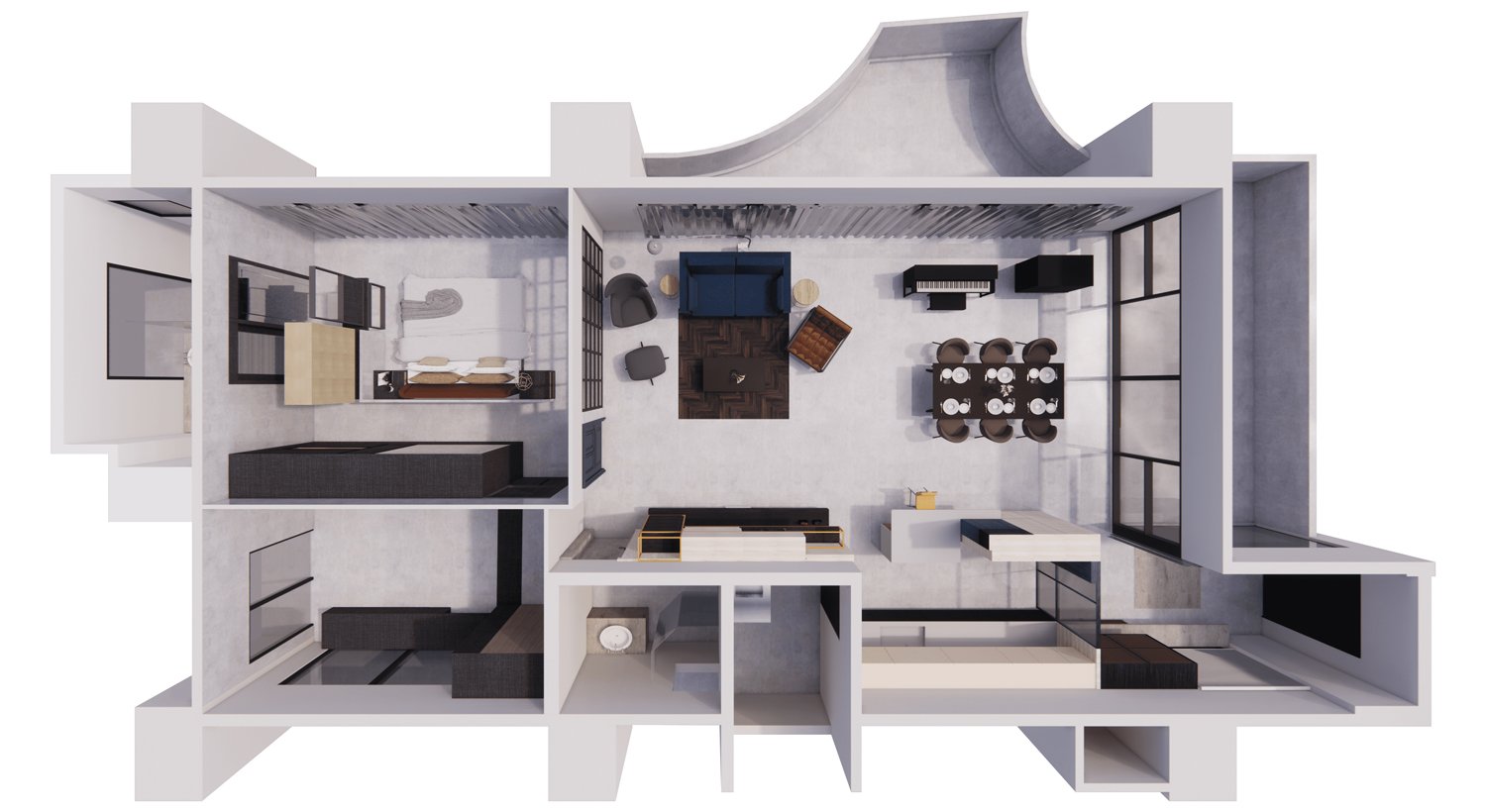