Xi'an Fangsuo Commune: the sacredness of the space and the purity of the books The origin of Xi'an Fangsuo Commune is a single commercial complex building characterized by complication and diversity. In the design, we reconstruct the interior and exterior of the building to reestablish the relationship of every part of the urban city as well as the relationship between human and reading.
The polyboards employed in the outdoor part have refined the gross and appearance of the early Barbican and reshaped its surface in a bid to call for the return of the spirit of the Barbican.
In the interior part, the nest relation among the city walls, lanes and roads in combination with the use of different spaces give the design logic by means of an overall spatial planning.
The building is an east-west rectangular space with main axis formed by interconnecting the east-west main entrances and the pedestrian circulation. The sacred "East Building" space corresponding to oriental cultures, and the "West Building" space corresponding to Western culture and with attributes of community and neighborhood stand respectively on the east and west sides in combination with internal functions and site conditions of Fangsuo Commune. In the middle of project axis where east and west intersect, a "square" space with square and interactive attributes is set up blending Oriental and western cultures.
The "East Building" space is named as the East Book Gallery. The east gate is the main entrance of the whole project connecting the commercial street. The pedestrian flow is expected to temporarily block out the outside interference of noisy environment and naturally enjoy the tranquility of reading environment after going into this case from the commercial street. Therefore, we set up relatively "narrow" passages and inward entrance transition spaces at the entrance, where people can freely change their moods. The building structure of the East Book Gallery is structurally transformed, freeing up the two-story space, and establishing a double-height book corridor with open line of sight. The structure, material and color combine to reflect the sacredness of the space and the purity of the books.
The "square" space in the central area, also central area of the project is named as Book Tower. The three circulations of east, west and north join here, where residence and aesthetics dialogue, the Fang Suo Commune and Xi'an culture blend, and the traditional culture and the contemporary art clash. The central area of the square is a prototype installation with outside full of books and inside hollow. It is an independent space used for activities and exhibitions, as well as the spiritual totem of the space and interacts with everyone in the"square"towering the center of the space.
The West Market space is named "the West Corridor", while the outside of the west gate of the project is covered largely by several residential areas, thus different from the interior of the East Book Gallery. We hope that this area will present a more marked external temperament. As a community-related space, just like the West Market in the former Chang'an, this area has more scattered spaces for commercial purposes, thus taking the mission of spreading the culture of the Fangsuo Commune, and further benefiting itself.
Xi'an culture has both the delicate side and the rough side characterizing the vast Qinchuan region, exposing the unique traces of time and the tolerance of its people. Together with Fangsuo Commune, we have developed a unique kind of wood for this project. Through the interpretation of the spirit and culture of Fangsuo Commune, we have made carvings on the surface of the wood to create a beautiful texture, which presents the exclusiveness of the Xi'an store. As time passes by and the wood is touched by people, the store will gradually show its inclusiveness. 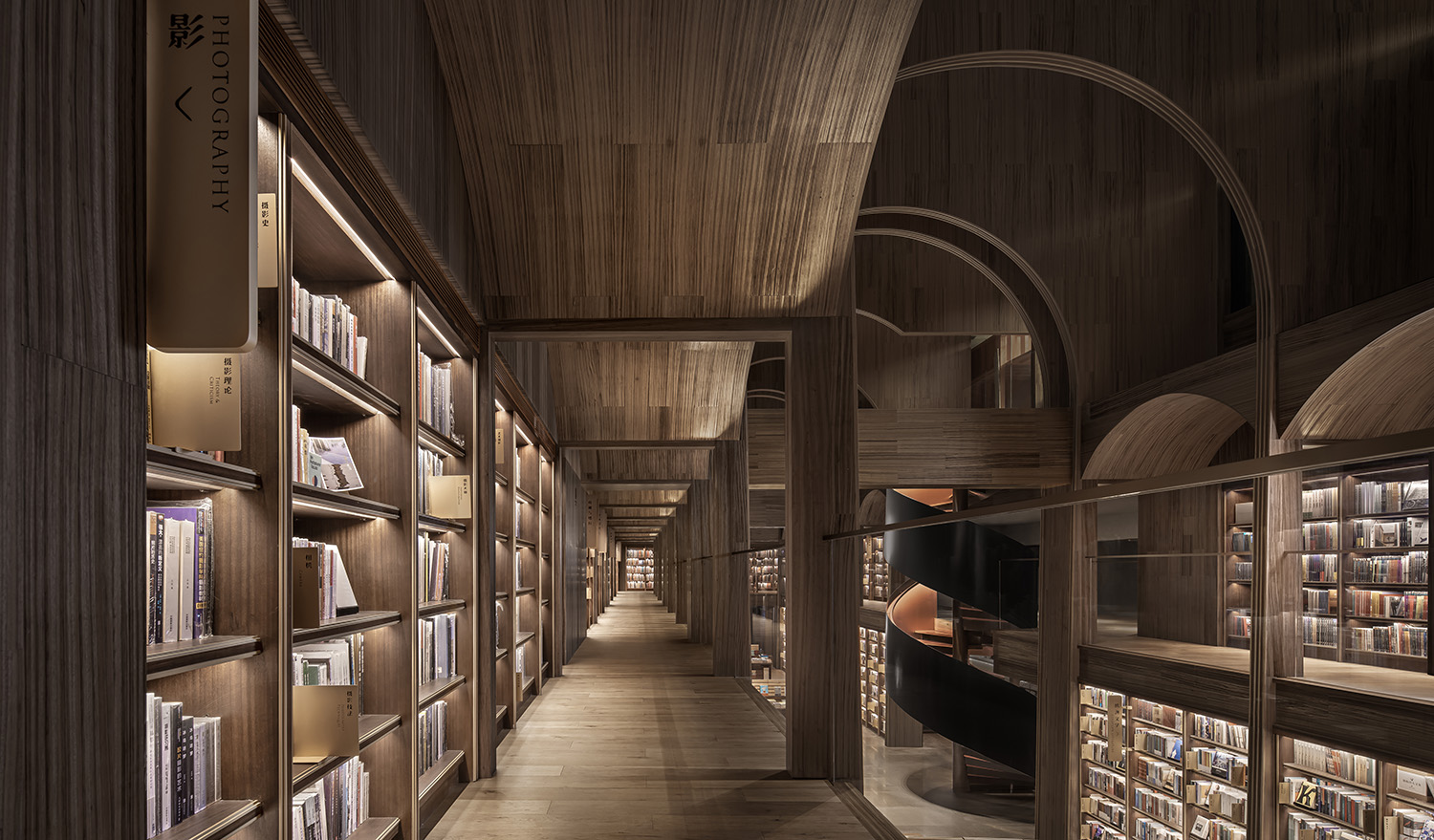 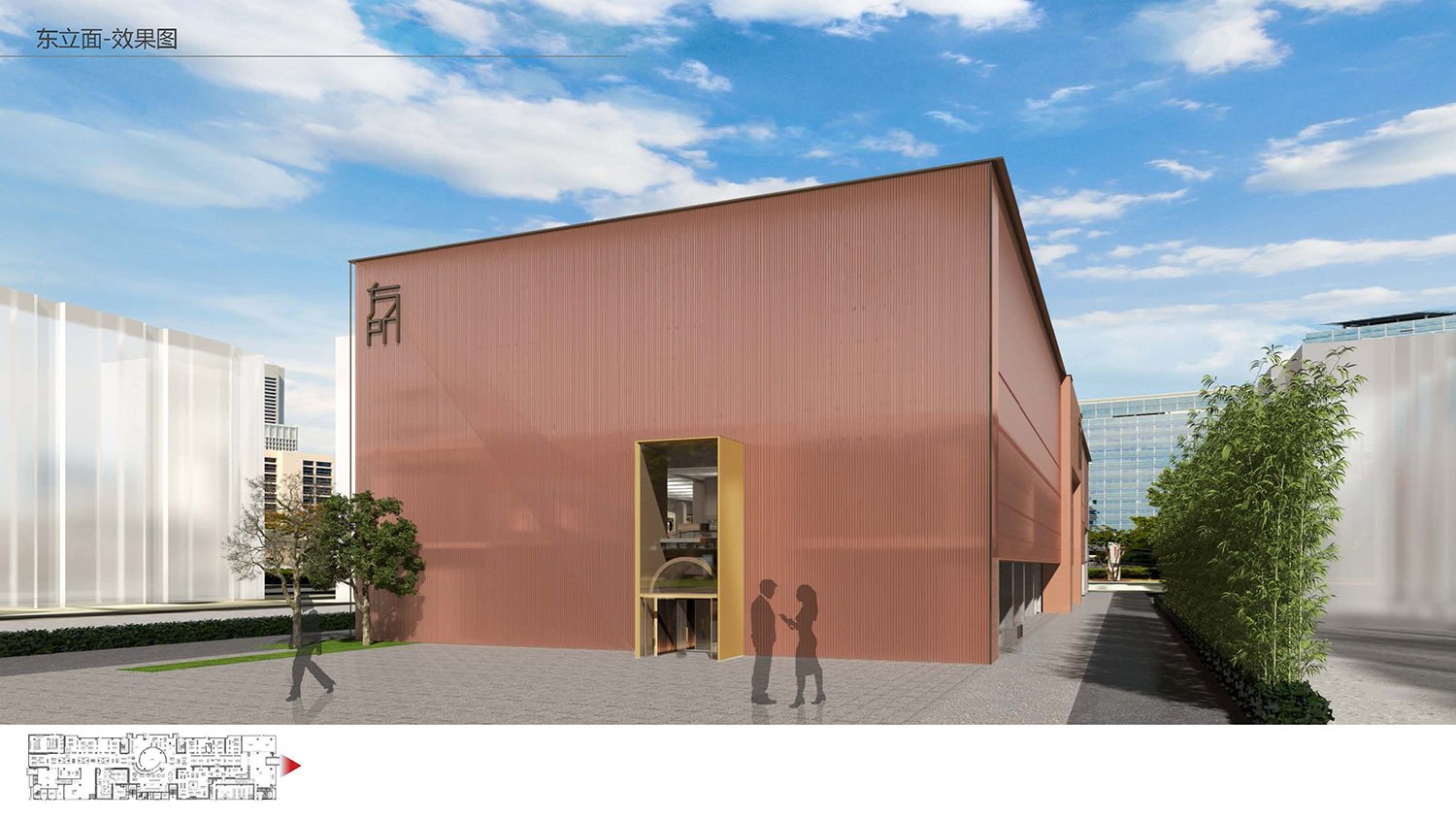 LSD interior design was founded by Mr. Ge Yaxi in 2007, with branches and offices in Shenzhen, Beijing, Shanghai, Guangzhou and other places. For domestic and foreign developers and private customers, we provide interior design and high-end customized services for hotels, large commercial spaces, clubs, villas, demonstration units, etc. The design works have won many international awards and won world reputation. And relying on a strong purchasing channel and network of household products and works of art, we will build an integration platform of high-end household brands around the world.