Sansui Niseko hotel in Kutchan, Hokkaido: an architecture of silence This project design, Sansui Niseko, was for a hotel built in Niseko, the ever-growing international ski resort in Hokkaido, the north island of Japan. The site faces the main street of Hirafu-zaka leading up to the ski lifts in the centre of the Niseko ski resort, connects directly to the ski slopes behind, and has uninterrupted views of the magnificent Mt. Yotei, dubbed the Mt. Fuji of the north island. In addition, it is located in a national park, and is subject to the stricter conditions of the Natural Parks Law. The first consideration was the interplay between plan and section to satisfy the conditions of height limit and outer wall setbacks, and to secure the required number of guest rooms within the limits of both the building coverage ratio and the height limit. Due to its location on the slope, the height relationships between the basement, ground floor, and second floor was carefully examined to create staggered levels that seamlessly flow into one another. This skip floor design which followed the terrain enabled reductions in both construction cost period. The central element which combines the flow of the various elements is actually the space in the centre of the hotel of the void through all six floors above the courtyard stone garden. The void draws light into the common areas on each floor and provides a contemplative and quiet atmosphere to the hotel, with views from each floor of the garden. This large void at the centre of the hotel was inspired a combination of the client’s feng shui recommendations and the Japanese concepts of the richness that can be found in empty spaces.

The building structure is reinforced concrete structure with one basement floor and six floors above ground. Exteriors are board-form concrete with accents of staincrete pigment and tiles. The basement, with ski lockers and rental, connects directly to the ski slopes behind the hotel. Encircling the inner courtyard, the first floor combines the spacious double height lobby with restaurants and onsen bathrooms. Dominating the lobby with its presence is the reception counter made from huge blocks of schist imported directly from Portugal. Gym and spa facilities on the second floor optimize the views of the surrounding forest, ski slopes and Mt. Yotei. Each guestroom in the floors above was considered individually, varying the layouts and finishes, to give each room an identity of its own and provide a unique space to enjoy the connection to outside. Rather than follow the usual standardization of rooms, making them homogenous, the diversity of the rooms embue them with energy. This is counterbalanced by a muted colour tone palette of greys, and with lower window heights and low furniture, which lowers the gaze and directs the attention to the surrounding environment. All of these elements combine to create the feeling of a low centre of gravity to the rooms and adding to a sense of calm and restfulness.
The diversity of layout inside was also expressed on the exterior of the building. The varied arrangement of window heights and shifting of balcony levels creates an energetic rhythm, again counterpoised by the muted colour tones. This interplay was accomplished while maintaining the requirements of the Natural Parks Act that the glass area of each elevation be less than 50%.

In addition, the kitchens and most of the furniture, sofas and beds, coffee tables and lighting, rugs and cushions, were custom made for the project, all overseen by nA Nakayama Architects. This provided a unity to all of the varying elements, and a unique vision for the hotel. By consistently designing everything from the spatial composition to the details in this way, we were able to enhance the autonomy of the building and sublimate it into a higher-dimensional space. While the staggering of levels, diversity of layouts and finishes, shifting of heights of balconies and windows, all work together to introduce rhythm, tension and energy throughout the building, the combined effect creates spaces of rest, and quiet moments. This is an underlying theme for nA Nakayama Architects, an architecture of silence. 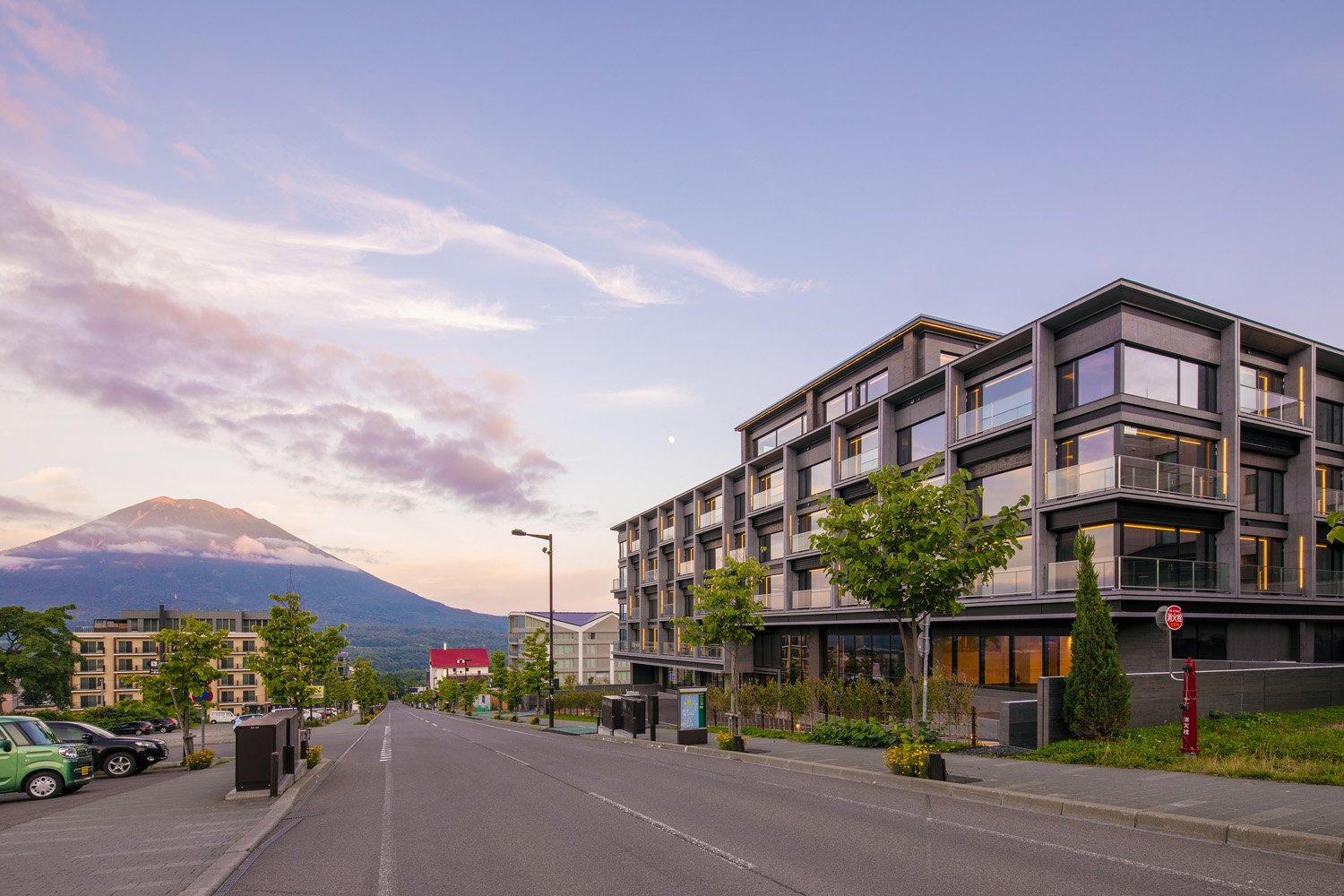 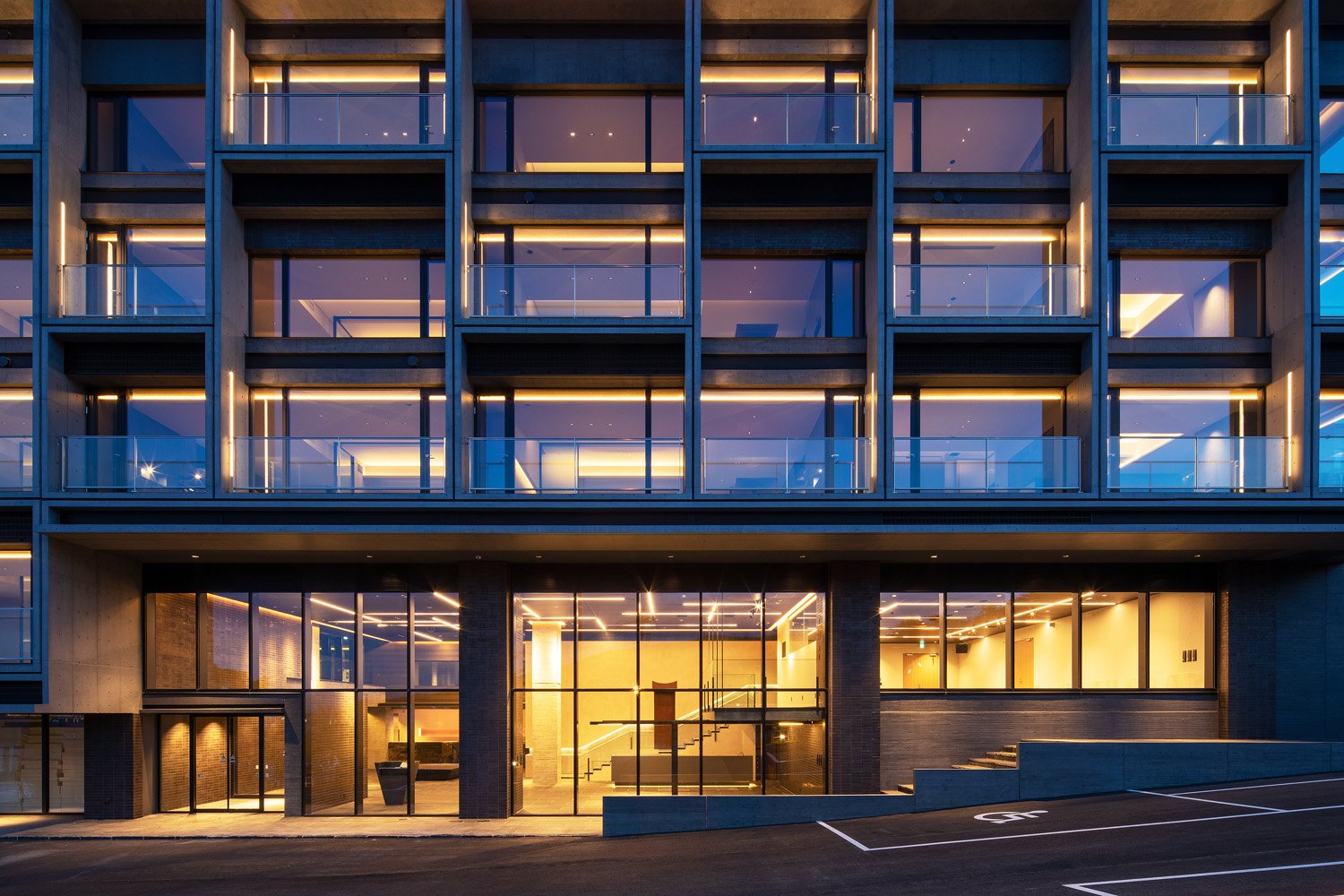 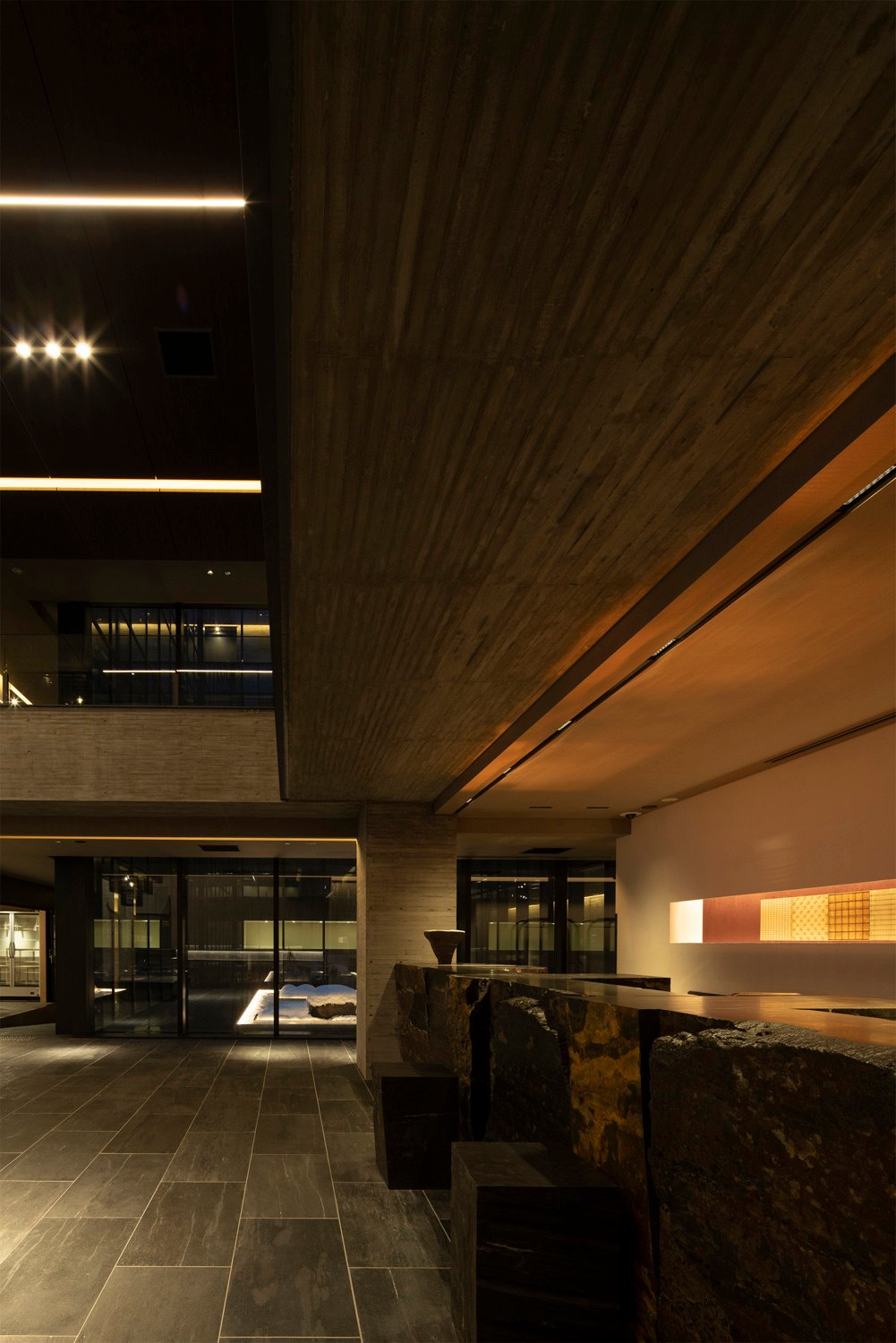 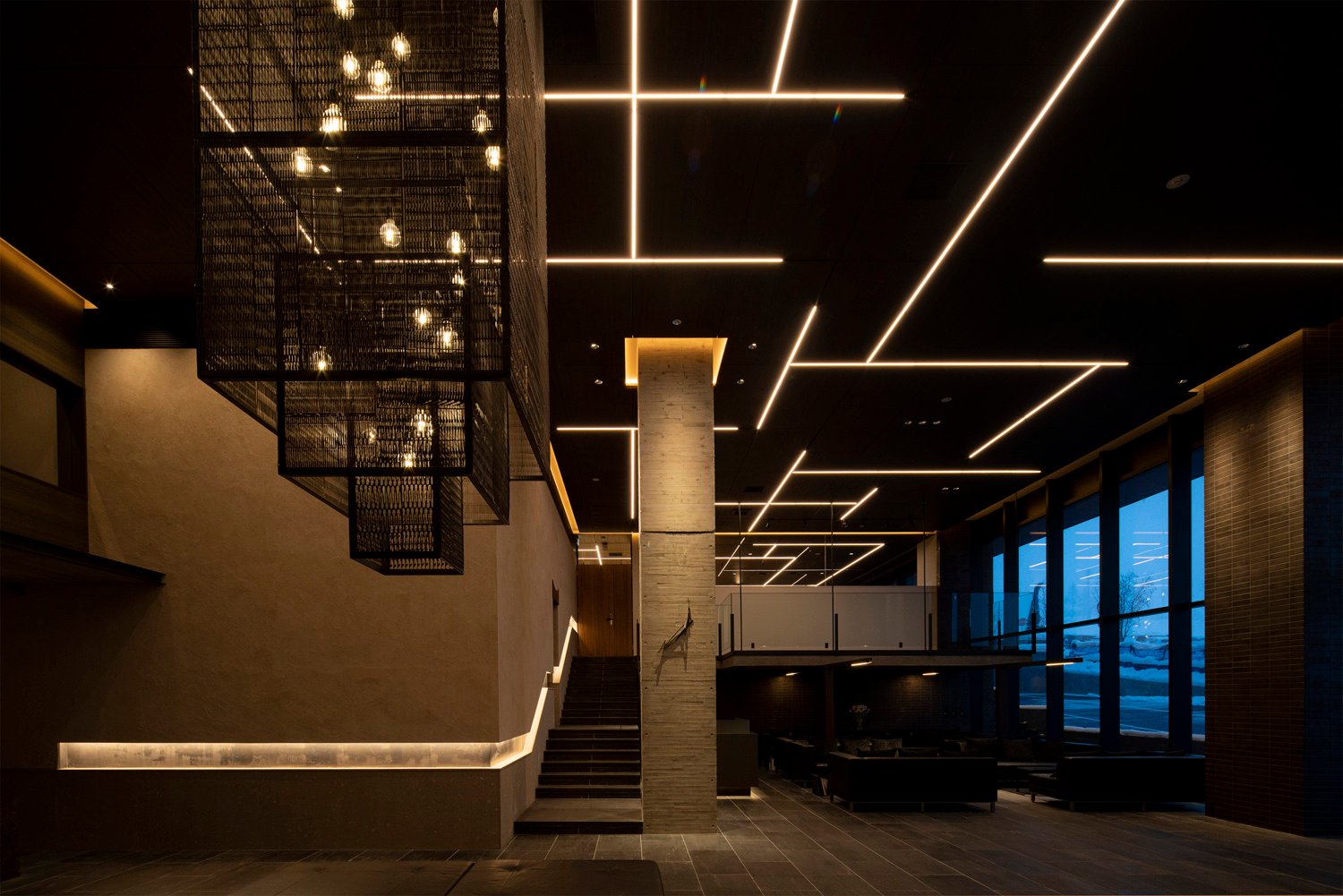 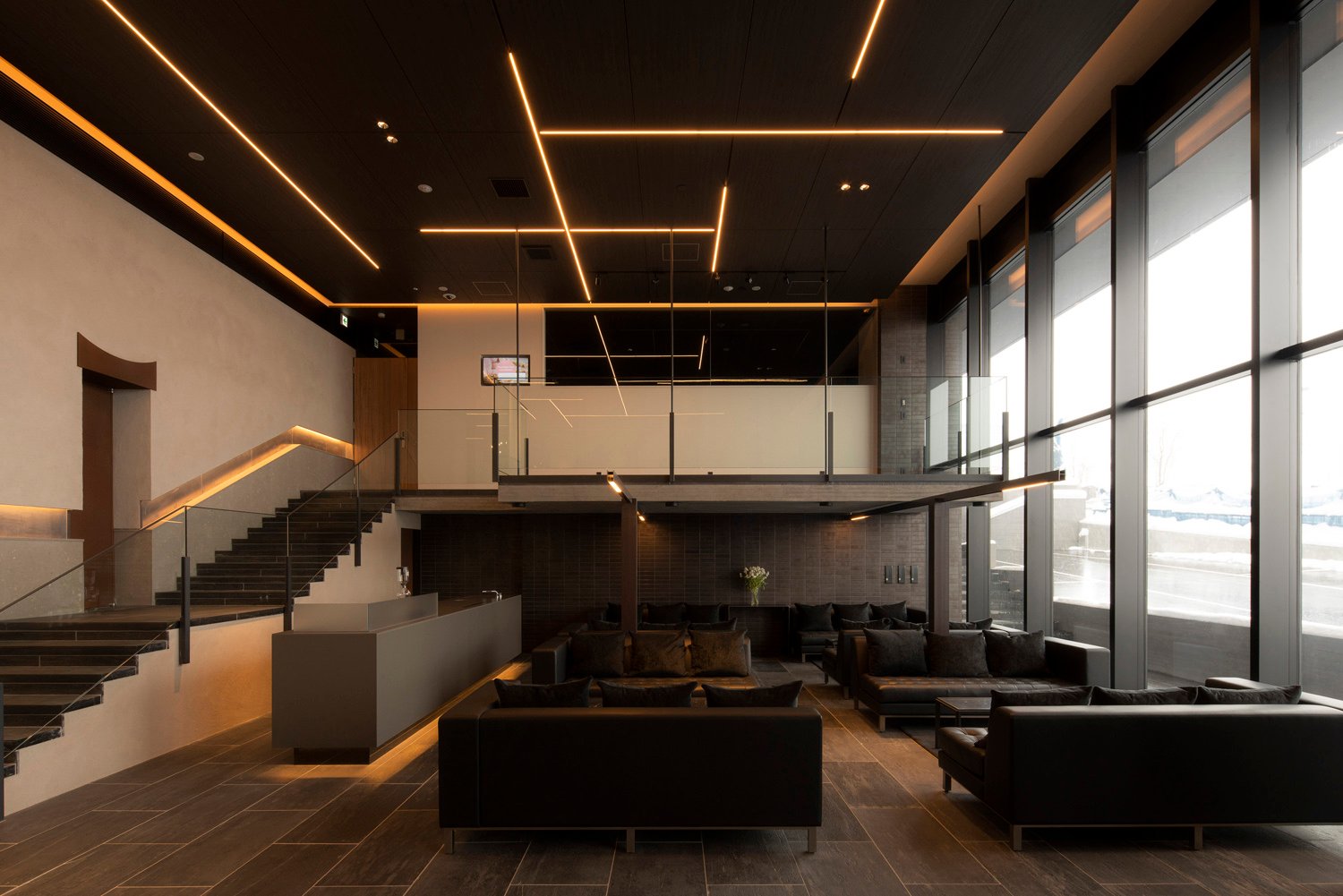 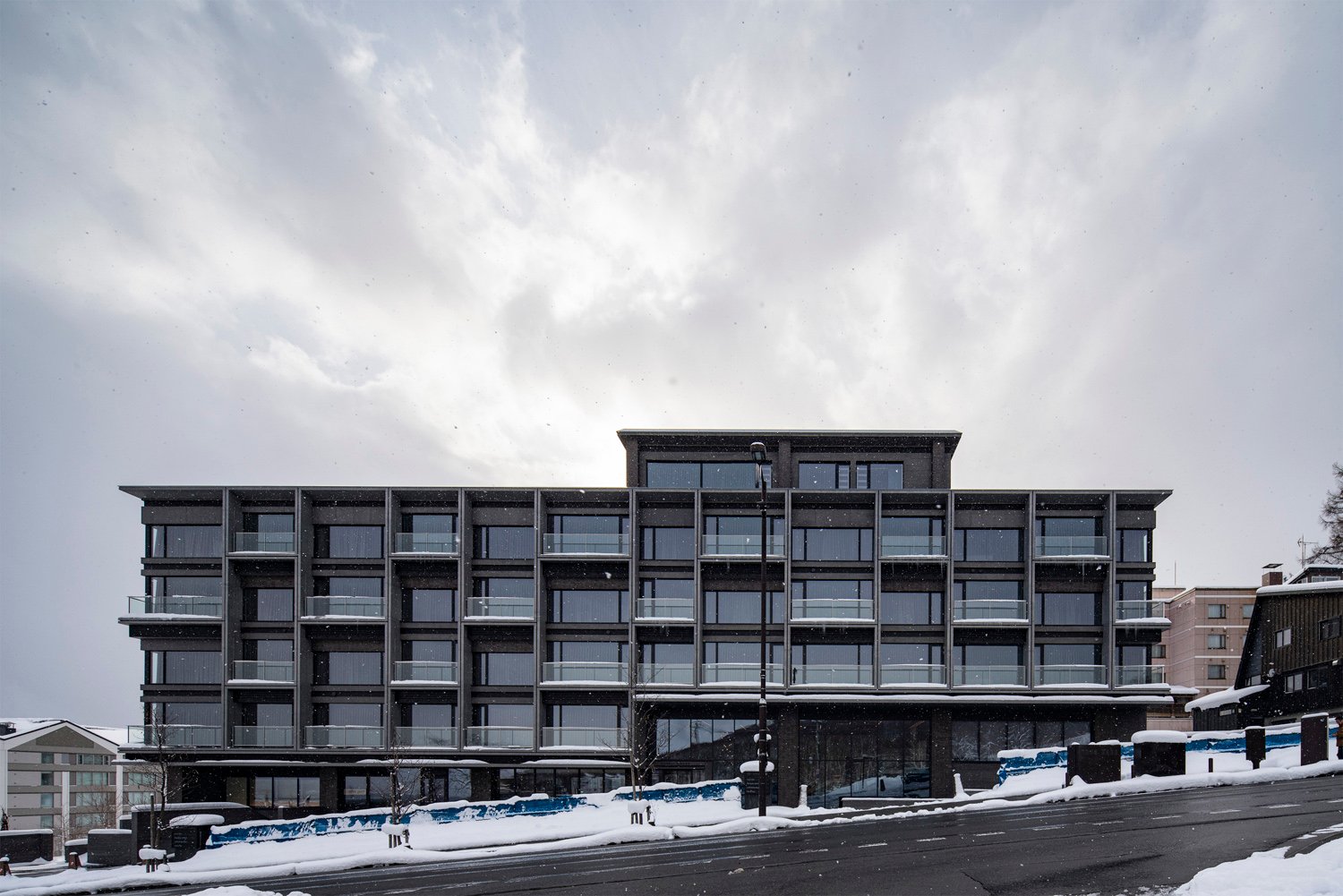 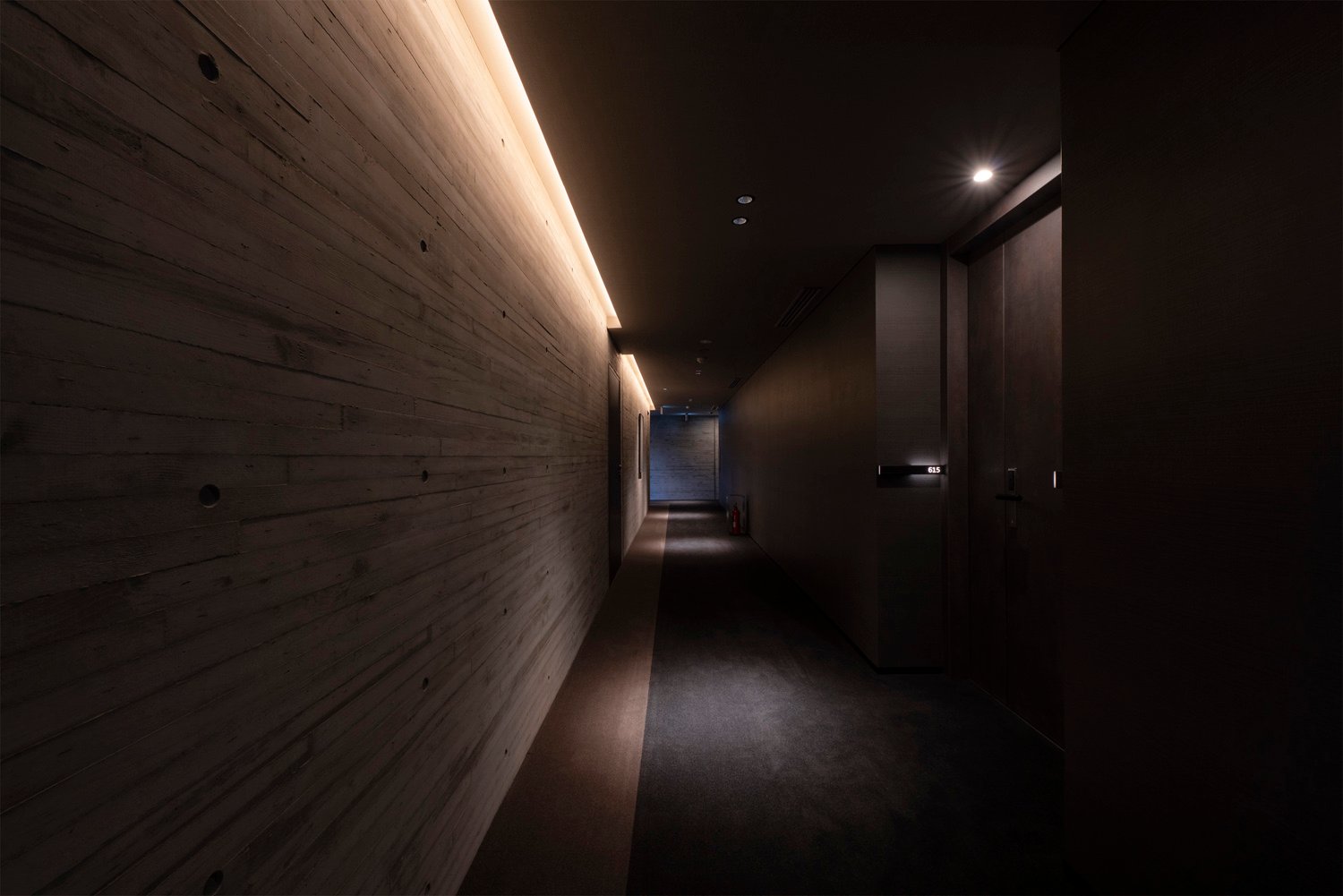 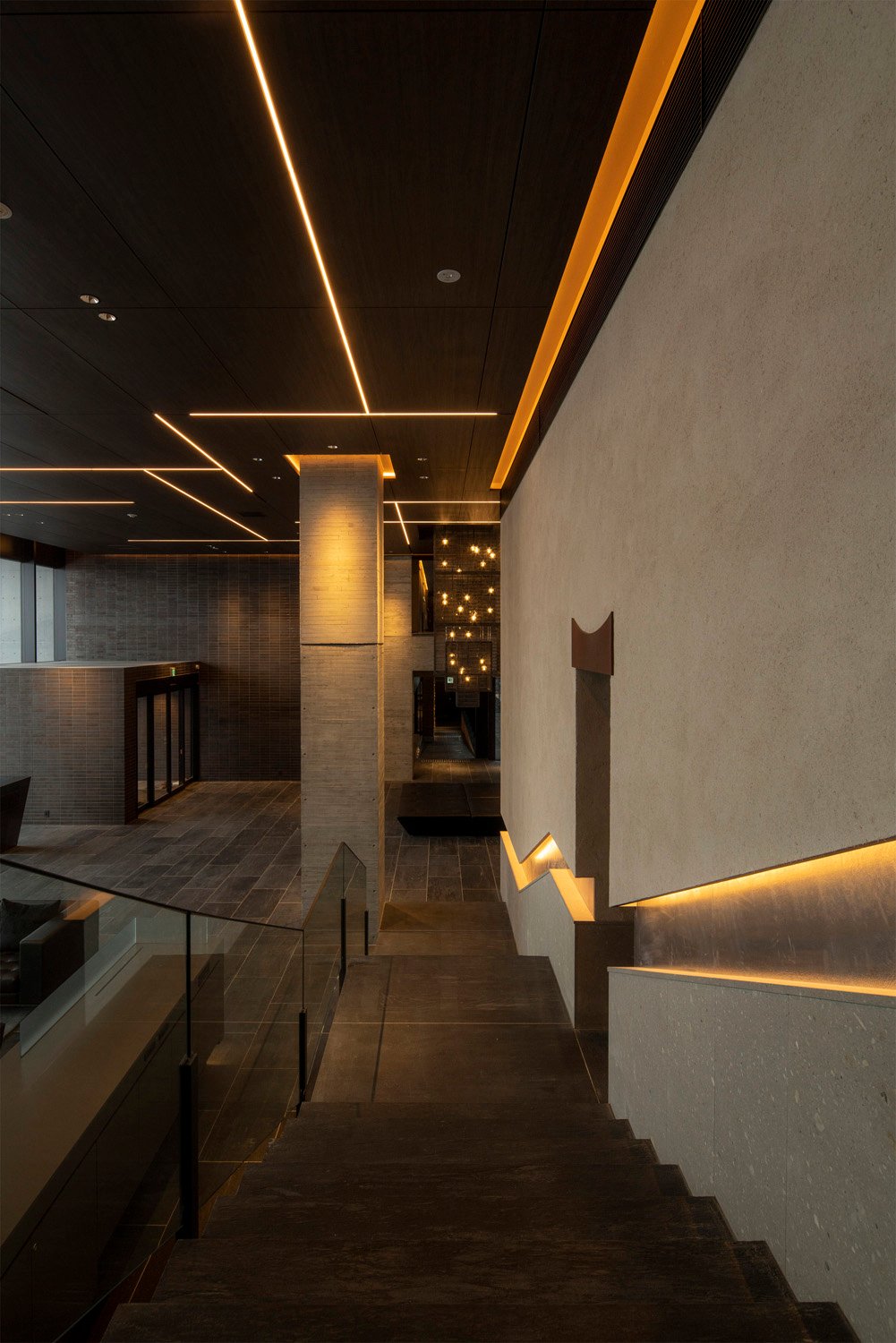 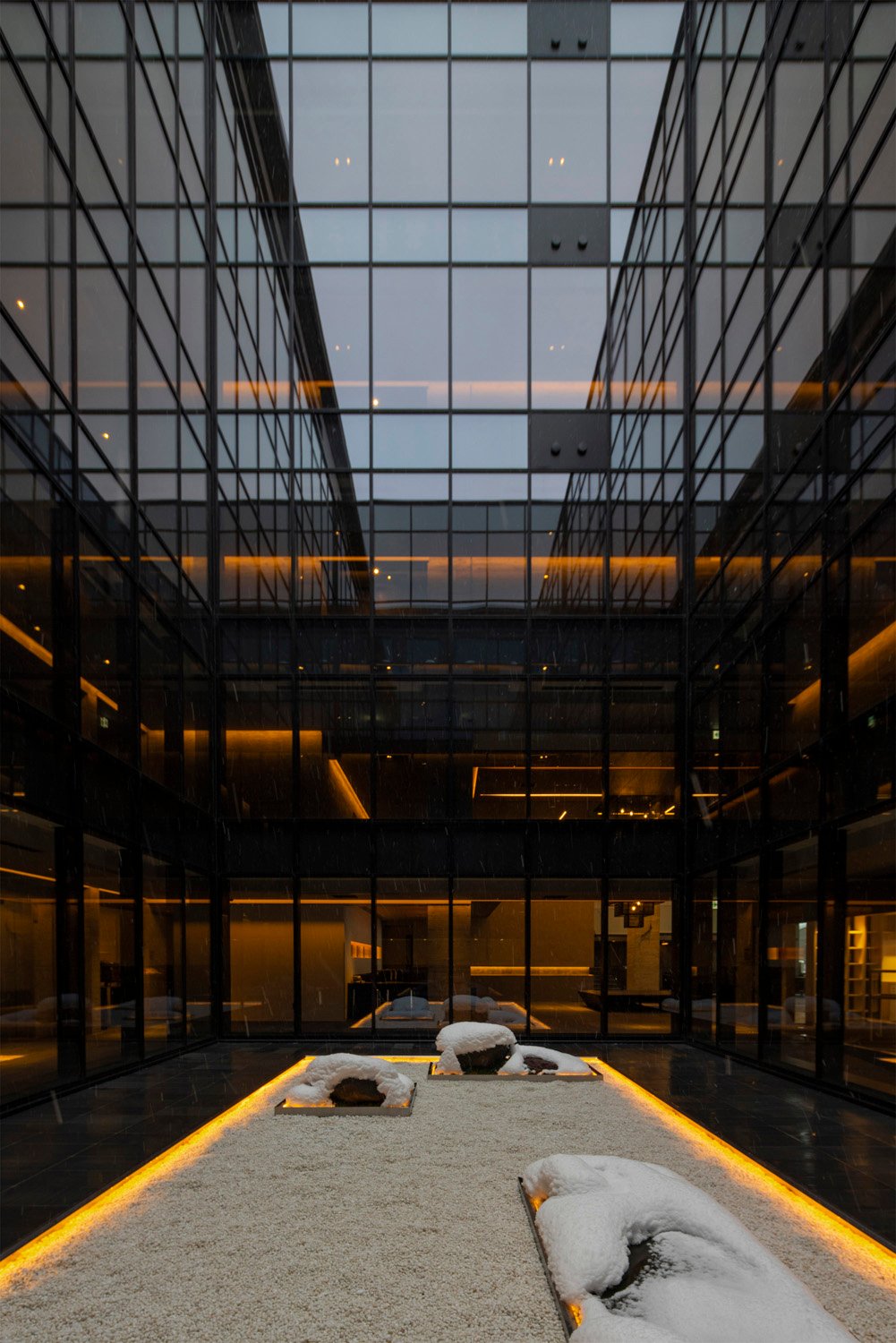 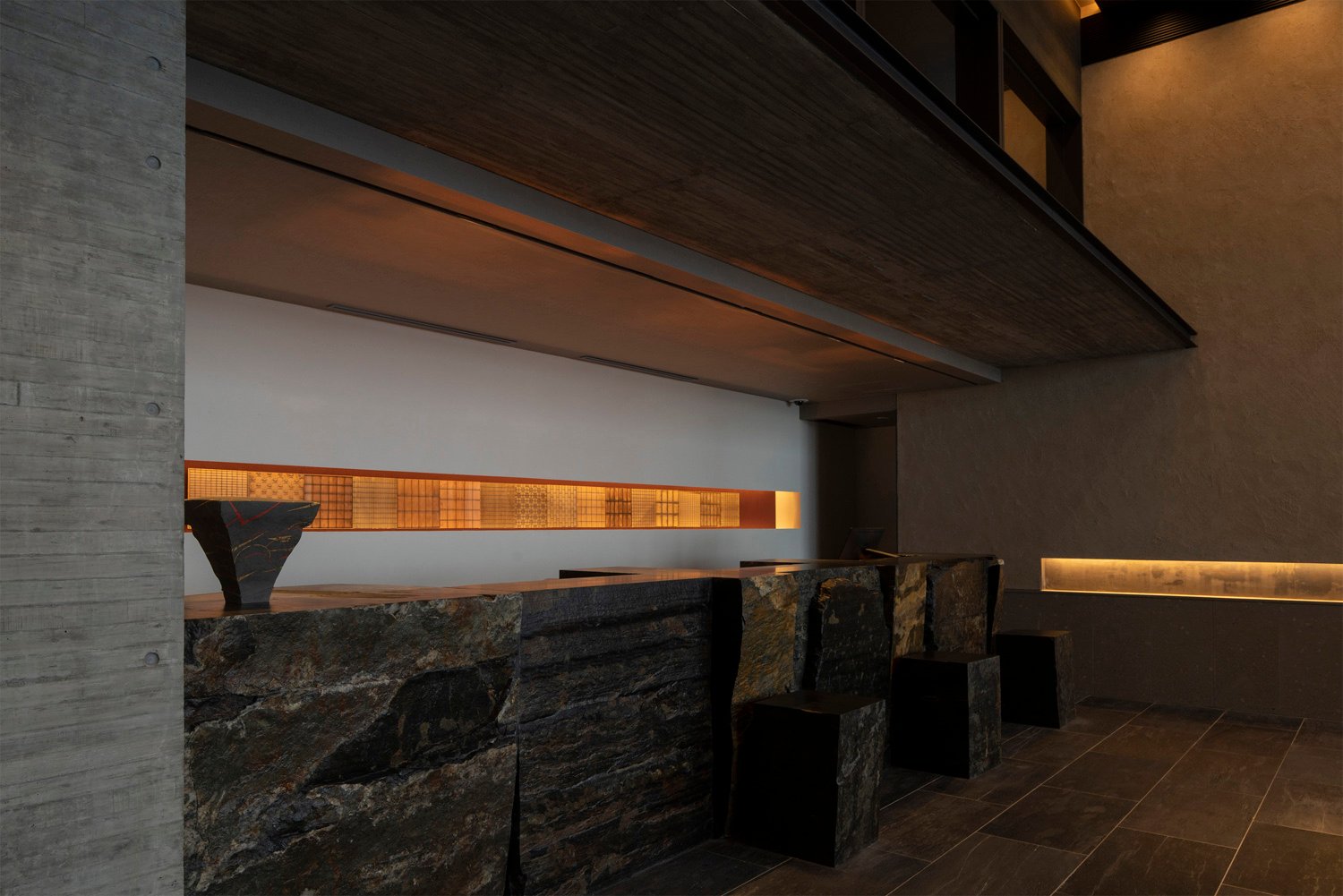 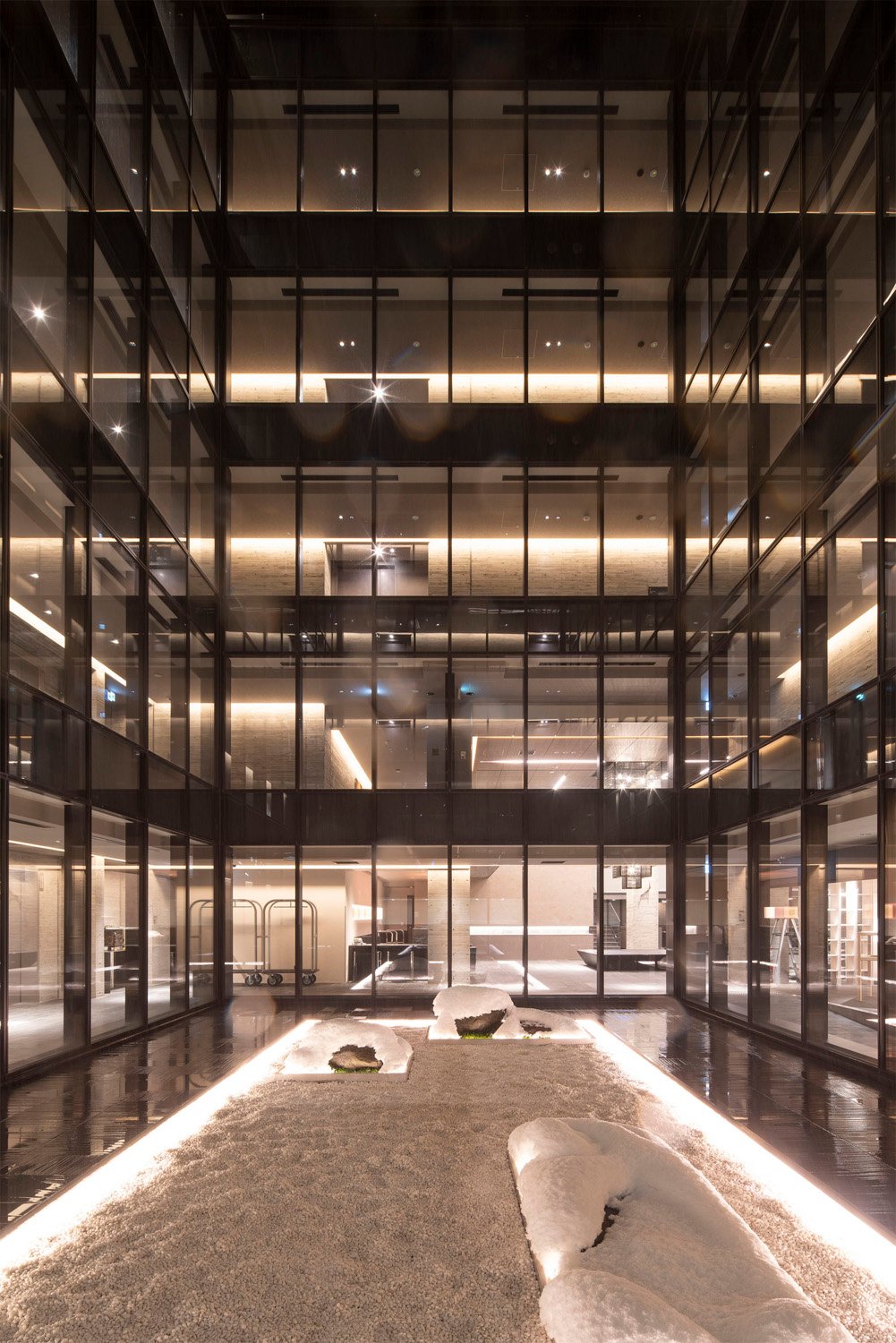 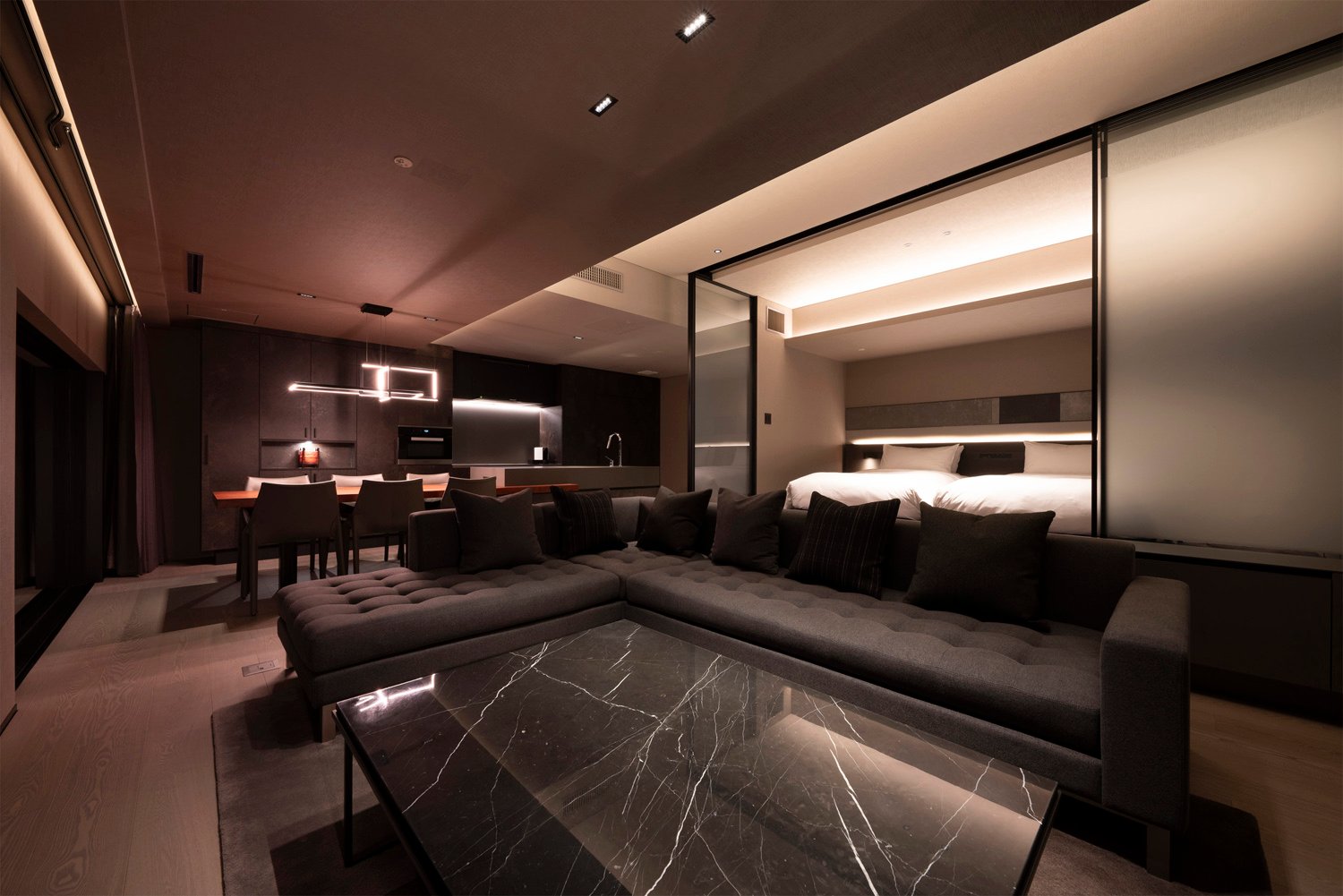 nA Nakayama Architects was founded in 2103 by award winnning principal architect Makoto Nakayama. After graduating from Tama Art University in Tokyo, Nakayama returned to his native Hokkaido to establish Nakayama Architects in 1988. The practice grew and evolved into nA Nakayama Architects, which has a broad range of built projects, from award winning boutique hotels , commercial and office spaces, to residential. Nakayama believes that architecture is based on the interplay of light, materials, and dimensions, the essential elements of all his design. With an aesthetic of Wa Modern, an underlying theme of his work is to strip away the unnecessary and strive for the Japanese concept of 'sou' or a natural state - to create an architecture of silence.