As a government office building, we focus on the urban contribution to the society, the participation of the citizens, and the equality of the space, not the embodiment of the government rights.
The project is located in Huzhou, a traditional southern city in China that is surrounded by wetlands and rivers with a long history. The site is located on the main space axis of the city center, which is an office building invested and constructed by the government.
It covers an area of 100,000 square meters, and the building itself is like a miniature city. It was difficult to integrate such a huge building into the urban context well. The design vision was to help the staff who were responsible for the tedious work to keep a good mood and make the public calm down when waiting for service. Based on such a good vision, the functions were reset and classified, the decentralized layout was adopted instead of the traditional one like a black box. With the main public certification hall as the core, other institutional buildings were scattered around. The various landscape courtyards were implanted into the different functional areas. The concept was extracted from the typical elements of “small bridges”, deconstructing the massive building volume into smaller pieces various in size that were connected by a series of small bridges to provide users various experiences. By the "bridges" in the air, various communicating places were formed. The interactions between the citizens and the government officers were strengthened. The relationship between them was not contradictory. The open space was like on campus. At the same time, the experience space of watery city with regional characteristics was finally formed, and the huge building volume was finally dissolved into a kind site space, which was integrated with the city.
In the long waiting process, people feel the workplace, differently from under the other traditional administrative building’s serious atmosphere, under a poetic quiet, leisurely, relaxed, cordial atmosphere. These atmospheres were eventually strengthened by the materials and other details. The main external walls abandoned the conventional cold stone, taking a light beige yellow thick layer of texture paint. The shadow of the wall surface made the building’s expression change subtly throughout the whole day, which had the equally satisfactory results with the typical white walls in Yangtze River delta.
With the enthusiastic cooperation of the construction team, the final effect of the wall paint was perfect with no gap. Almost without any decoration, people in the building can ignore the surface of it, just immerse in the space atmosphere. The pure background walls also offered various possibilities for the window, the window has become a leading character of the site, has become a kind of poetic communication way between human and nature.
In this building, the embodiment of rights disappears, and the equality of space provides a relaxed urban open space for citizens. 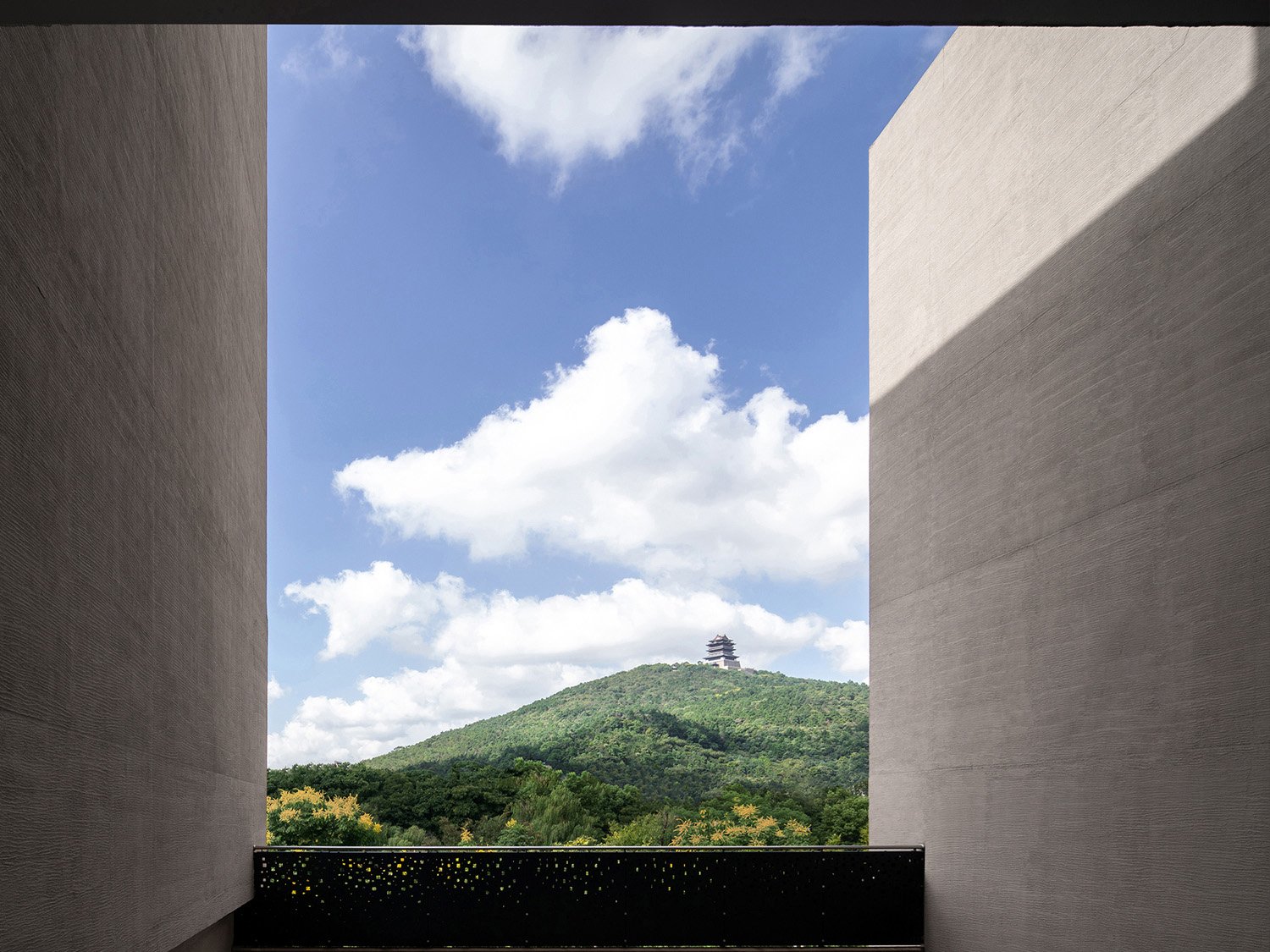