Shougang No. 3 Blast-Furnace Museum, a dialogue with nature Sited at the northwest of Shougang Park, the project is the most distinctive and stunning area with highest density of ironmaking equipment, as the starting of enterprise construction a century ago. The Park suspended production because of 2008 Summer Olympics, which remained silent until the announcement of the 2022 Winter Olympics. Nowadays, the meritorious blast furnace is open to the public in a more stunning image.
The design focuses on preserving the collective memory exclusive to the site, removing unnecessary industrial buildings and constructing a dialogue between the blast furnace and nature, to inject new functions into the project.
The design adopts two visiting circulations featuring nautilus shell spirals according to the prominent style of juxtaposing "industry" and "nature". Visitors can have an immersive experience here to closely appreciate the combination of nature and industry, silence and excitement.

On the west side of No. 3 Blast Furnace is Xiuchi, the original cooling pond. The architects set a parking lot underneath Xiuchi to solve the common problem of limited parking space in the industrial heritage places. Meanwhile, in the evacuation area set for the parking lot, an annular underwater exhibition hall is created, which enriches the diversity of the overall exhibition space. The evacuation route expands from top to bottom, cutting through the water lightly, which well deals with natural light and smoke evacuation. The width of 6 meter at the bottom provides a comfortable space for walk and evacuation as well, while the 1-meter-wide opening at the top ensures the continuity and integrity of Xiuchi’ s surface.
Walking along the willow embankment into the central of Xiuchi, visitors can walk down to the evacuation space. The walls of the passageway form a sharp contrast in texture. The straight wall adopts vertical boards chiselled by manual craftsmanship without polishing. The inclined wall on the other side is made of smooth fair-faced concrete. And the stone floor is made from self-compaction concrete combined with silicon carbide particle. Three interfaces form a striking contrast in material, gradually changing from delicateness to roughness. Together with the evacuation passageway of the underground exhibition hall, the first group of spatial device, the Wall of Honor, comes into view.

“Fire of Shougang’s Life” is the second group. Standing in the center of the water yard with a diameter of 10 meters, it has an image of long-lasting flame, embodying the thriving spirit of Shougang like a “Fire pond” in the original settlements and offering much solace to “Shougang people” who work in Shougang Group. At the early stage of design, the architects decided to use natural gas flame, but for the sake of security, it was replaced by a set of fountain with red flood lighting. The red running column expresses the same meaning of flame. At the center, the space of a “candlestick” device with a diameter of 60 cmis reserved for better installing the cylindrical lamp.
As the “Fire of Life” is pointing to the furnace, the architects set the third group of spatial device – “Pillar of Honor and the Melted Iron Light Ribbon”. Starting from the water yard, the red light ribbon runs straight to the east and stops at the Pillar of Honor wrapped in red perforated plates. Inside of the pillar, a LED screen displays the names of workers in Shougang, in order to show respect to every person devoted to Shougang.

The Folding Rule Staircase in D hall is the fourth group. A long dragon-like staircase is attached to the giant cavity steel truss on the west side of the Furnace, which winds from the main hall to the main exhibition hall, to guide visitors. The floor under the staircase is paved with ironstone and grain slag, combined with truss and half-space, which resembles mine and roadway. Long and circular perforated shading panels with holes of different sizes filter day lighting into the half-space, which expands the spatial distance while giving visitors more expectations of climbing higher.
The 9.7-meter-high platform is mainly used as display area, which accumulates a large number of remaining crafts in the production period. Here, three sets of swing chute are the fifth group with the greatest astonishment.
A crescent exhibition space is set under the visiting bridge, which integrates the main display area and other functional areas. It connects the lobby of D hall on the west side. On the east side, transparent glass walls enable the space to face the furnace directly, creating a closer visual connection between display space and the furnace, core product of the museum.
Taking elevator to the platform with the elevation height of 72 meters, one end of the overhead travelling crane connects the glass skywalk, which is the highest spatial installation.
No. 3 Blast-Furnace is transformed from a simple steel structure in the giant closed park into an open space welcoming the public. It’s a historical industrial architecture, a scientific base of ironmaking crafts and techniques, as well as a holy space interpreting the combination of modern art and industrial heritage. 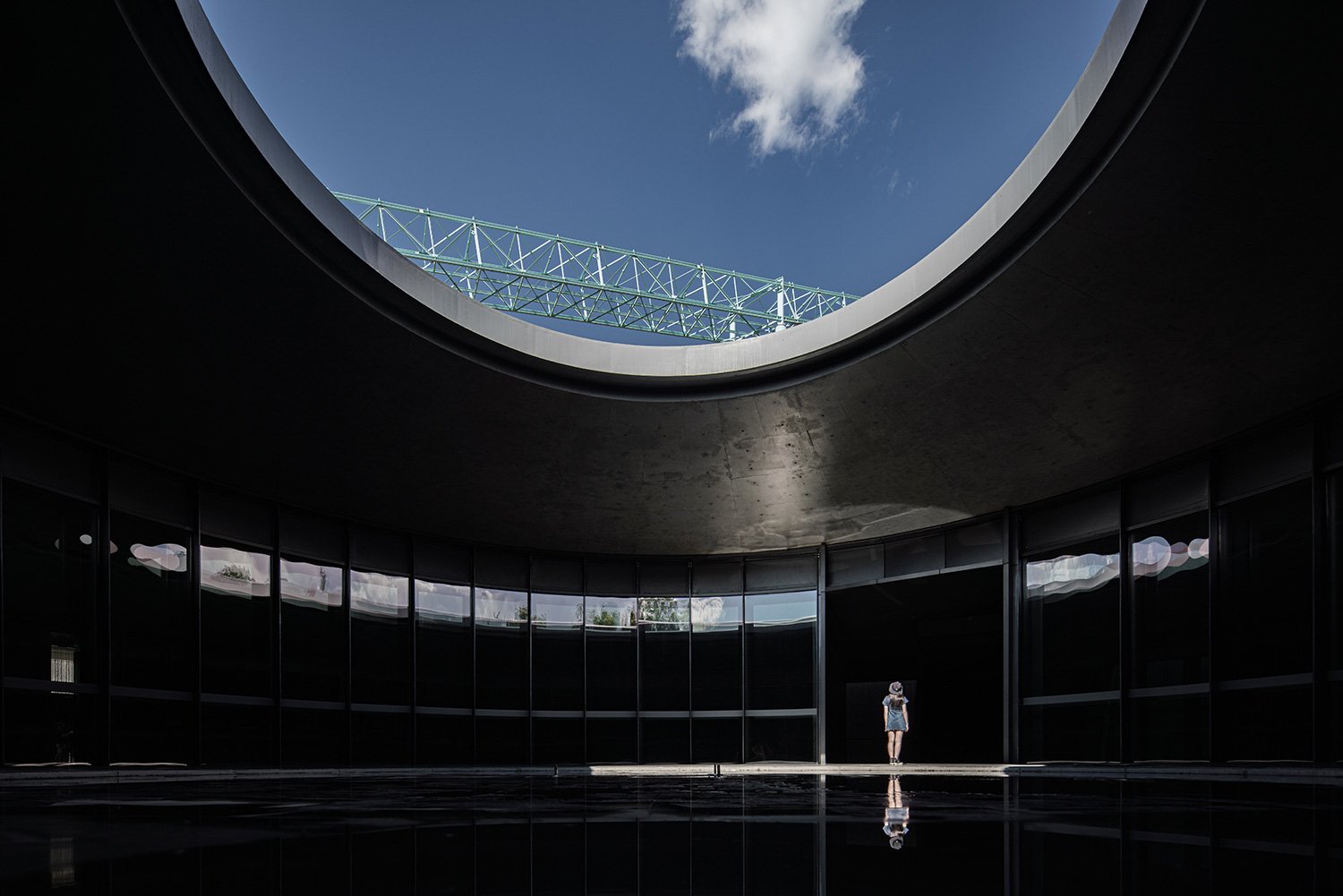 Mr. Bo is a board director and the chief architect of CCTN Design. He is also the chief architect of CCTN Urban Renewal Research Center, as well as a Class 1 registered architect and senior architect. Mr. Bo has been awarded Young Architect of Architectural Society of China (ASC), and Shanghai Outstanding Young Architect of Architectural Society of Shanghai China (ASSC). Moreover, he is a senior fellow at ASC and an executive director of BRURSC-ASC, a member of CVCCB-ASC. And more than a member of ASSC, he is a member of Architectural Creation Committee of ASSC. Besides, he is a master tutor of Southeast University and Chongqing University. Mr. Bo is dedicated to researches on integrated development of vertical city and urban renewal, and has made lots of achievements. His works has owned domestic and international awards and selected for exhibitions.