Project Background: GDA PLAZA is a renovation project, which is located at the core of downtown Hangzhou city. It is adjacent to Yan’an Road on the east, Zhijietansi Lane on the west, Tiyuchang Road and Wulin Square on the north and the Zhejiang Grand Hotel on the south.
Design Concept:
Improvement of Urban Interface: The design retains important existing buildings and functions in the plot and extends the space into the corners by constructing new buildings. The convex facade of the high-rise building resembles a tight bow, which is applied to every detail of the design so as to achieve a holistic architectural form. Following the same curvature as the main building, the podium building extends to both sides of the main building, making a natural transition between interfaces of the two main urban roads.
The Fusion of the Old and New: The design focuses on the successful integration of the old and new buildings, which means not only the combination of architectural forms, but also the functional connections and interactions of hotel, business, and office and other functional divisions. A curving passage of full tension continues the contour of the oval tower on the podium building, hence generating a smooth L-shaped atrium space between the old and new architectures. The atrium space acts as a sharing space connecting the retained building with the new one, which better intensifies the spatial integration. The newly-built Building still takes an L-shaped form to match with the old one perfectly. On the southeast side, the former six-storey volume runs from east to west, while the new one is extended from the north side to connect with the south part. Thus, the junction of the architectural complex forms an open space on the ground floor, and the rigid connections on the other stories are transitioned with arcs. The tower above the sixth floor is anchored on the old structure. The original lobby of the hotel on the east is also connected with arcs at the junctions. The above methods unfold the continuous facade smoothly of the old and new buildings and enable those blocks to be intersected as a unity as well. The design also makes the connecting space of two volumes open and shared, so that different functions are connected and complemented with each other, creating a sense of integration.
The Hidden Charm of Jiangnan (Region South of the Yangtze River in China): In order to echo the streamlined form, vertical box windows are selected to build the facade along the curving contour, creating an elegant and dynamic style. The first and second floors of the podium building are mainly installed with transparent glass curtain walls, suitable for showing commercial storefronts and advertisements. Long glass box window is the main element of the transparent facade of other floors of the podium building and the main tower. And their solid walls are clad in open blue-grey GRC panels, pure and elegant, which infuse the charm of blue and grey bricks and tiles of Jiangnan into modern architectural style. The facade realizes a magical combination of architecture and local culture. The roofs of the podium building and the main tower are made of transparent glass materials, making them crystal clear at night together with floodlighting of the facade.
An Inimitable Landmark: The streamlined high-rise building creates an inimitable form that is clean and simple. Moreover, the set-back structure of the architectural form constitutes the volume separation of the building horizontally. The distinctive volume vividly interprets the concept of the architectural complex, where people can experience it personally. It is more favorable for establishing a more amiable commercial image. Large full-color LED screen is installed in the north corner of the podium building, highlighting the features of commercial buildings.
Technical Features: The facade at the ninth floor of the podium building on the north side is designed into a concave image. The upper column above the concave spans 40.8 meters and is structured with large-span steel truss work, thus creating the stunning visual effect. The newly-built basement consists of five floors with a bottom surface elevation of 25.4 meters, next to the former basement. The basements of the old and new buildings are integrated into one on the first underground floor. The project approaches a construction method of “building two walls into one”, which means that the 1-meter-thick wall connecting to the ground can work both as the enclosure walls of foundation pit and the permanent exterior wall of the basement. The basement is excavated in a normal, top-down sequence. In consideration of limited operating time and construction site, all floors above ground are constructed with reinforced steel truss floor deck, and the basement floors are built with cast-in-situ reinforced concrete, making full use of the advantages of different materials. The shopping mall in the southeast part of the complex is added into 10 floors from the original 6 floors. The concrete structure of these original floors is demolished with additions of two-storey concrete frame structures and another four-storey steel frame structure. Among them, one newly-built steel frame column on the east side is converted from a steel-reinforced concrete beam, and the surrounding area of the upper steel structure is supported with inclined steel bracings. The corresponding parts of the original building are reinforced, which includes pasted carbon fiber cloth on the bottom or surface of the board for the reinforcement of boards, and pasted steel plate and carbon fiber cloth for the reinforcement of the beam and column, while the enlarged section is built up with inorganic grouting materials and reinforcing bars. 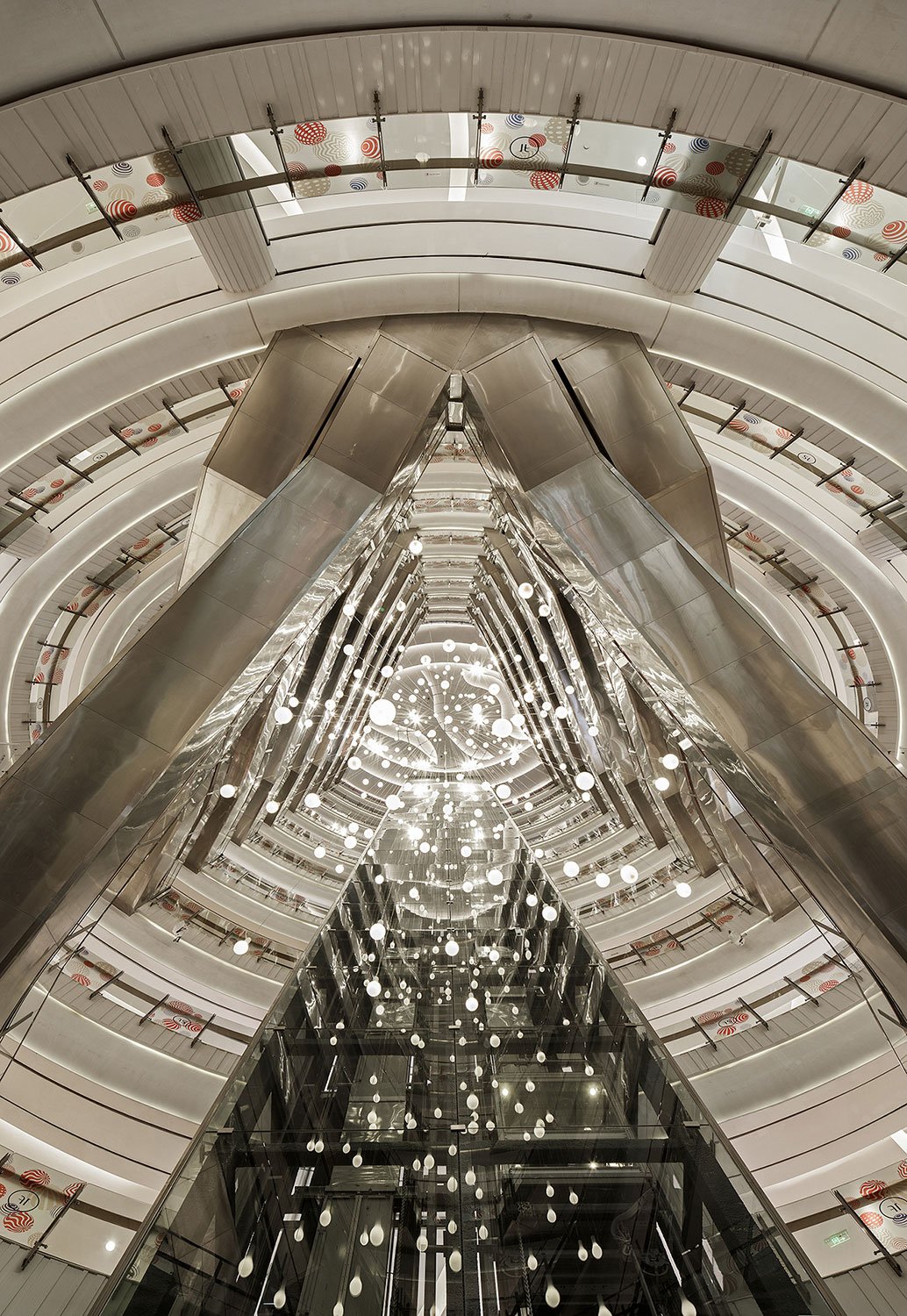 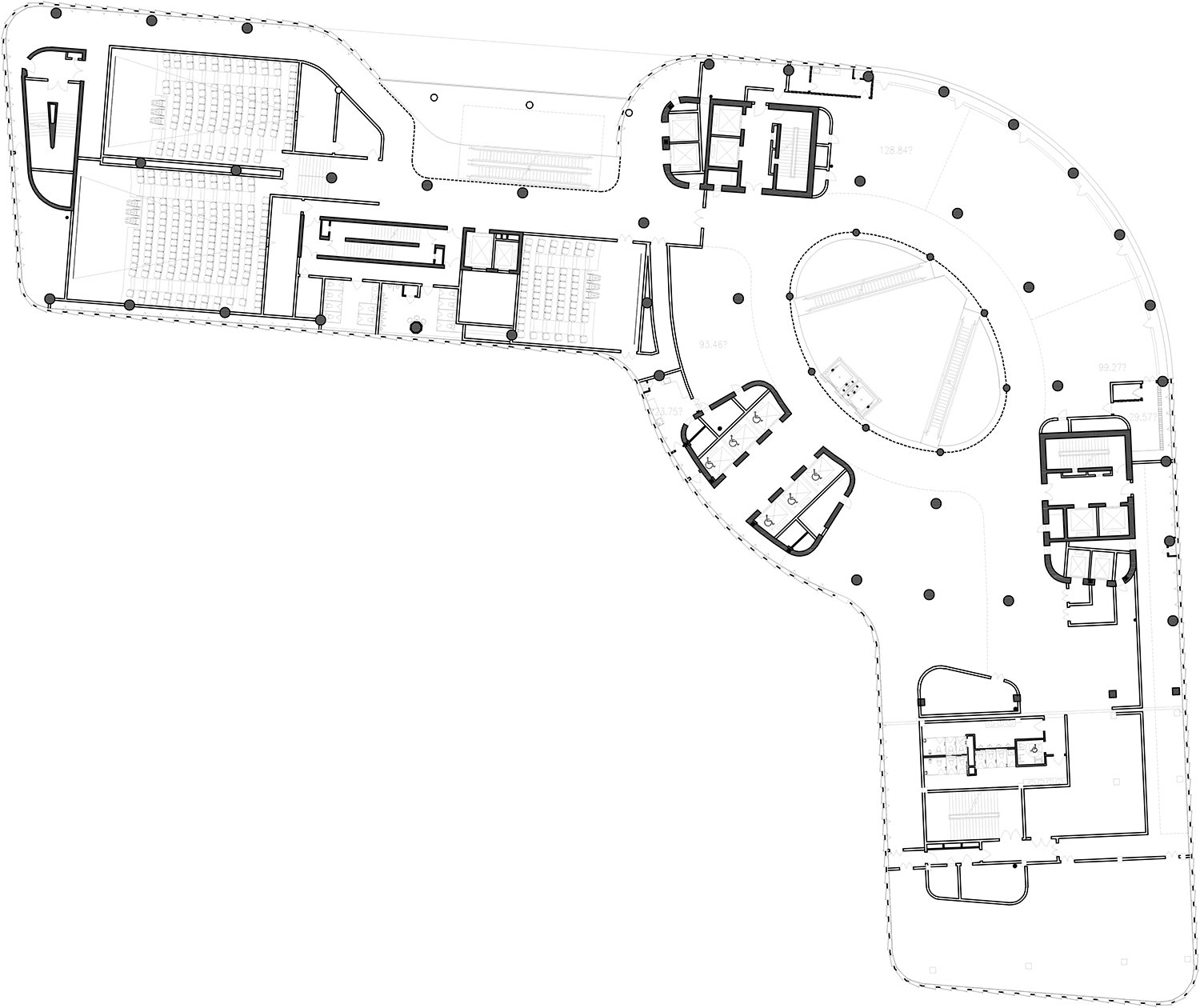 The Architectural Design & Research Institute of Zhejiang University Co., Ltd. (UAD) was established in 1953. It is one of the earliest First Class Design Institutes among major national universities. The company now has more than 1200 employees. UAD holds creating harmonious environments, a global vision, complete services, and the highest professionalism as their guidelines. Based on the resources of Zhejiang University, UAD relies on Academicians of the China Academy of Engineering and the China Academy of Sciences to support the blossoming architectural creations. The company seeks extensive international academic exchanges and joint engineering designs. It has won over 1200 awards for outstanding designs, excellent projects or research outcomes at national, ministerial and provincial, as well as international levels.