The Museum Hotel Antakya benefits from the opportunities of the context The Museum Hotel Antakya is located at the center Antioch which is used to be known as the world’s fourth-largest developed city during the Roman Empire’s reign according to the ancient sources. The site – approximately 20,000 sqm – is very close to Christian World’s one of the most important pilgrimage sites, St. Pierre Church. In 2009, the client, an investor who wished to build a five-star hotel, started excavation for a conventional hotel project which was already commissioned to a different architectural group. As soon as the process began, significant archeological artifacts were found and at that point the Cultural and Natural Assets Protection Board demanded the investor to initiate a scientific archeological excavation. In this context, a scientific committee was constituted of a trans-disciplinary group of experts, including archeologists, art historians, restorators and architects to evaluate the process. Under the supervision of the committee, a significant number of remarkable archeological findings belonging/that belonged to different civilizations were discovered and their exploration unfolded the ‘impossibility’ of construction of a conventional building on this land. EAA’s involvement with the project begun just then upon a call from a member of the scientific committee.

The tension between the significance of archeological findings, their restrictions and the hotel’s strict programmatic codes was the main determinant that constituted the contextual and physical frame of the project. This strain subverted the conventional hotel typology and it put forward the idea of integrating a public museum that would exhibit the restorated archeological artifacts. The unique building program that came into existence in this way and which enabled the togetherness of different social classes feeding each other reinforced the idea of a smooth coexistence of public and private.

With the intense coordination of the group of experts, the exact locations of the not yet discovered artifacts were determined with all details. A protective canopy/roof approximately twenty-five meters above the archeological ruins was placed on strong composite piers that are located on spots with no ruins and the old river-bed passing through the centerline of the site. Common hotel facilities such as ballroom, restaurant, night club, gym and swimming pool that are mostly placed on the ground floor in any conventional hotel design, were placed on this roof level by taking the traditional local architecture as a reference with its open courtyards and landscape elements. On the lower level, approximately 15 meters above the findings, a grid structure was built with steel beams. The off-site assembled prefabricated hotel room modules were placed with interspaces above this system by the cranes. Just under the rooms, approximately 10 meters above the ancient ruins, the hotel lobby and lounge areas were designed. The spatial fluidity and permeability that continues through each floor enabled various visual connections to the archeological site.

A few meters above the ruins, an archeology museum and an archeo-park were designed that are easily reached from the level of Kurtuluş Street – the main route that connects the site to the city center. In this way, the project was opened to public use in real terms. In this framework, the circulation network composed of suspended bridges and ramps was arranged according to the ruins and enabled them to be observed by the visitors from a close distance without any physical contact.

The main objective of the design from the beginning of the process till the end was that The Museum Hotel Antakya would have a positive impact on the geography it is located as a unique building that at the same time benefits from the potentials and opportunities of the context. 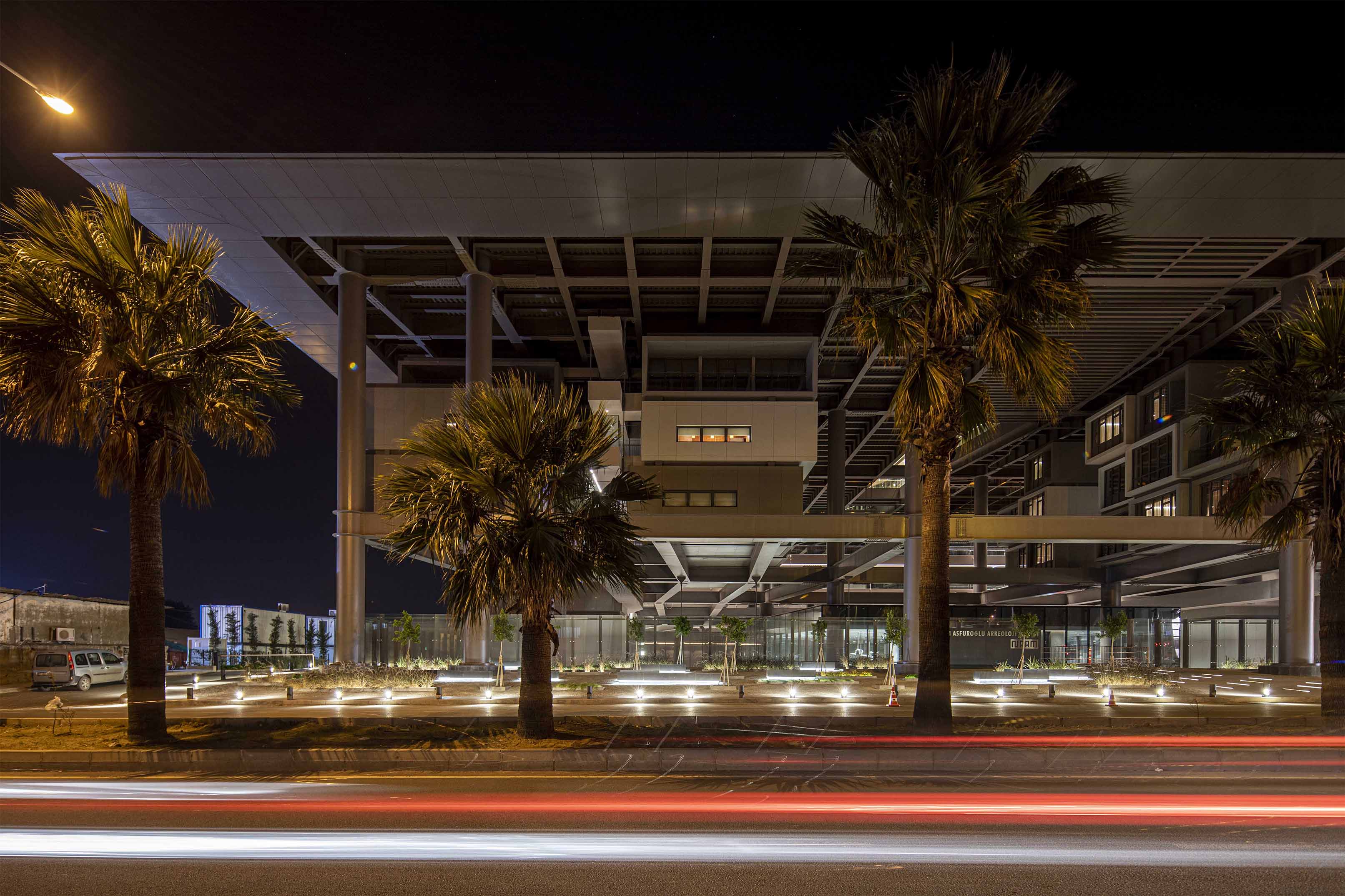 EAA Emre Arolat Architecture was founded in May 2004 by Emre Arolat and Gonca Pasolar in Istanbul. The practice continues its design studies at the offices in Istanbul, New York and London with a team of more than 50 people, working on projects at various scales which are all around the world. In the architectural design process at EAA main decisions consider interpretation of the context in its widest sense rather than specific visual correspondences. Architectural significance of EAA was supported by many awards, most notable of which are Aga Khan Award, RIBA International Prize and Mies van der Rohe Award. Emre Arolat also has a presence in the academic world with lectures, jury contributions and studio tutorage in schools of architecture: Yale School of Architecture, Delft Berlage Institute, NYC Pratt Institute, Ankara METU, Ahmedabad CEPT.