Located on the outskirts of the city of Mumbai at Pavana, the site set on contoured land which offers a panoramic view of Lake Pavana and the surrounding mountain landscape. This gradual landscape has a high visual, naturalistic and environmental value due to the beauty of its surroundings. In a tropical climate, the area receives high rainfall with temperature ranging between 5°C to 30°C and since its set on a 500m altitude the wind pressure is quite high during the monsoon.

Second home to a very large family, a key component of the Clients brief was to create a setting which breaks away from the chaos of City life, has its peace & privacy & yet is connected with its surroundings where the fundamentals of eat, sleep & play can all be enjoyed.

The blueprint for this second home takes advantage of the view sheds available by creating a plan that is spread out to evoke a feeling of an “Idyllic paradise retreat”.

The house is envisioned as an organic form which trails the natural terrain, preserving the natural character & minimizing as much site disruption as possible.

The design creates a subtle distinction between the living and private spaces. Movement is celebrated in the plan and in essence throughout, thereby creating a constant dialogue between the indoor and outdoor spaces, where the surrounding landscape flows smoothly in symbiosis with the house.

The Eat & Play area which forms the nucleus is strategically placed and planned as a common gathering space housing the living, dining, kitchen etc. Taking on a sculpted form inspired from the shape of a Leaf - the Roof is designed as a green gable / living garden to merge with its surrounding landscape.

Adjoining this is an open to sky infinity pool, planned to enjoy the surroundings and the mesmerizing sunset.

The 'leaf' shape of the roof over the living space is a light weight concrete roof and is made accessible with ramps connecting it to the ground. The roof bends and elevates at the two ends to open up the view sheds. It also has large overhangs to protect the structure from rain and sun.

Following the natural descending terrain to minimize the construction impact, the sleep areas are designed as 4 individual suites. These suites sit on an elevated plinth with minimal excavation done only for its foundation. These are made with Prefabricated technology of construction that gives an advantage with respect to the man-material movement on difficult terrains, thus saving transport cost and reducing carbon footprint. Each suite has a viewing deck designed with extended roofs to ensure minimal climatic impact on the structures. 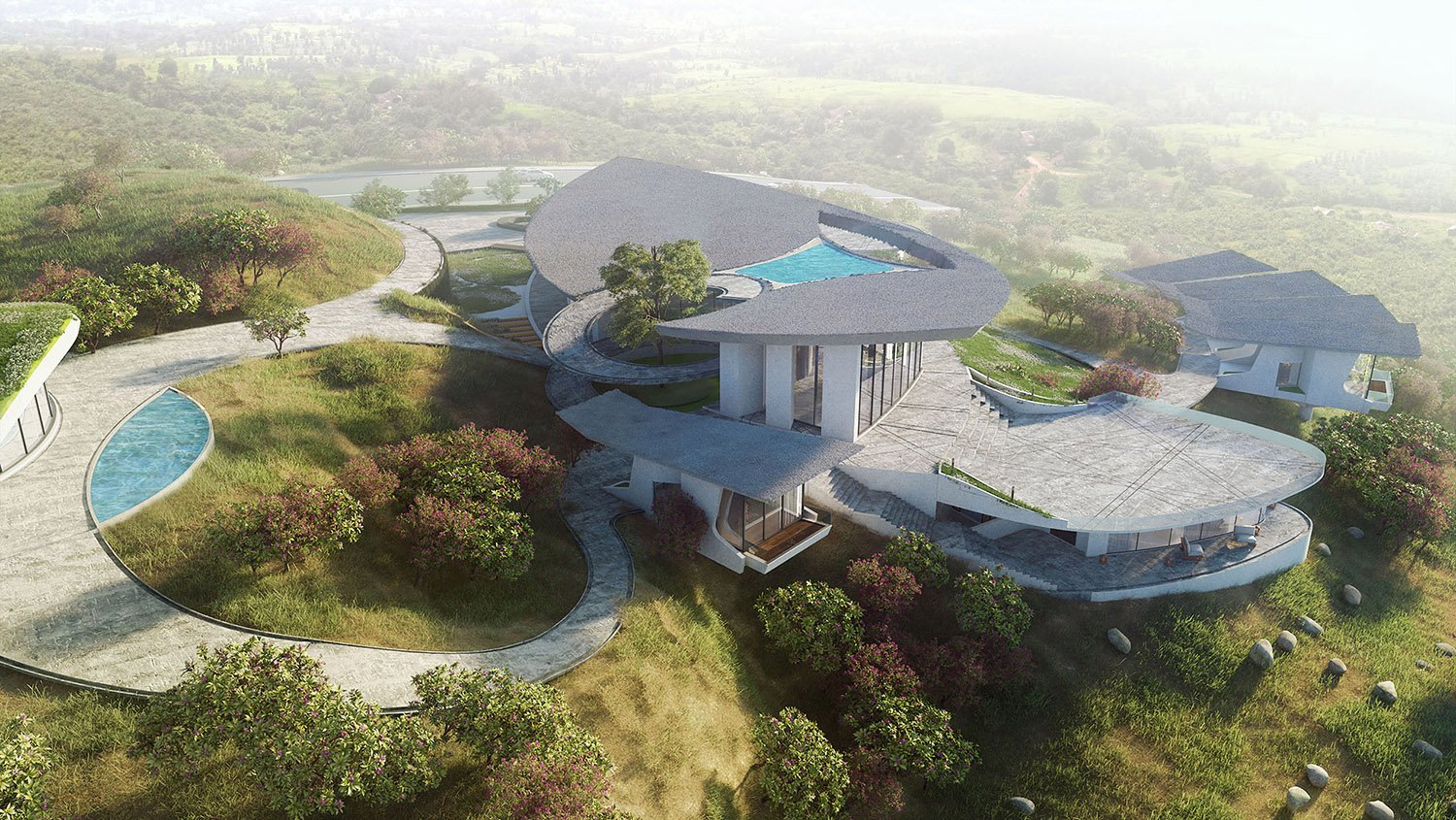 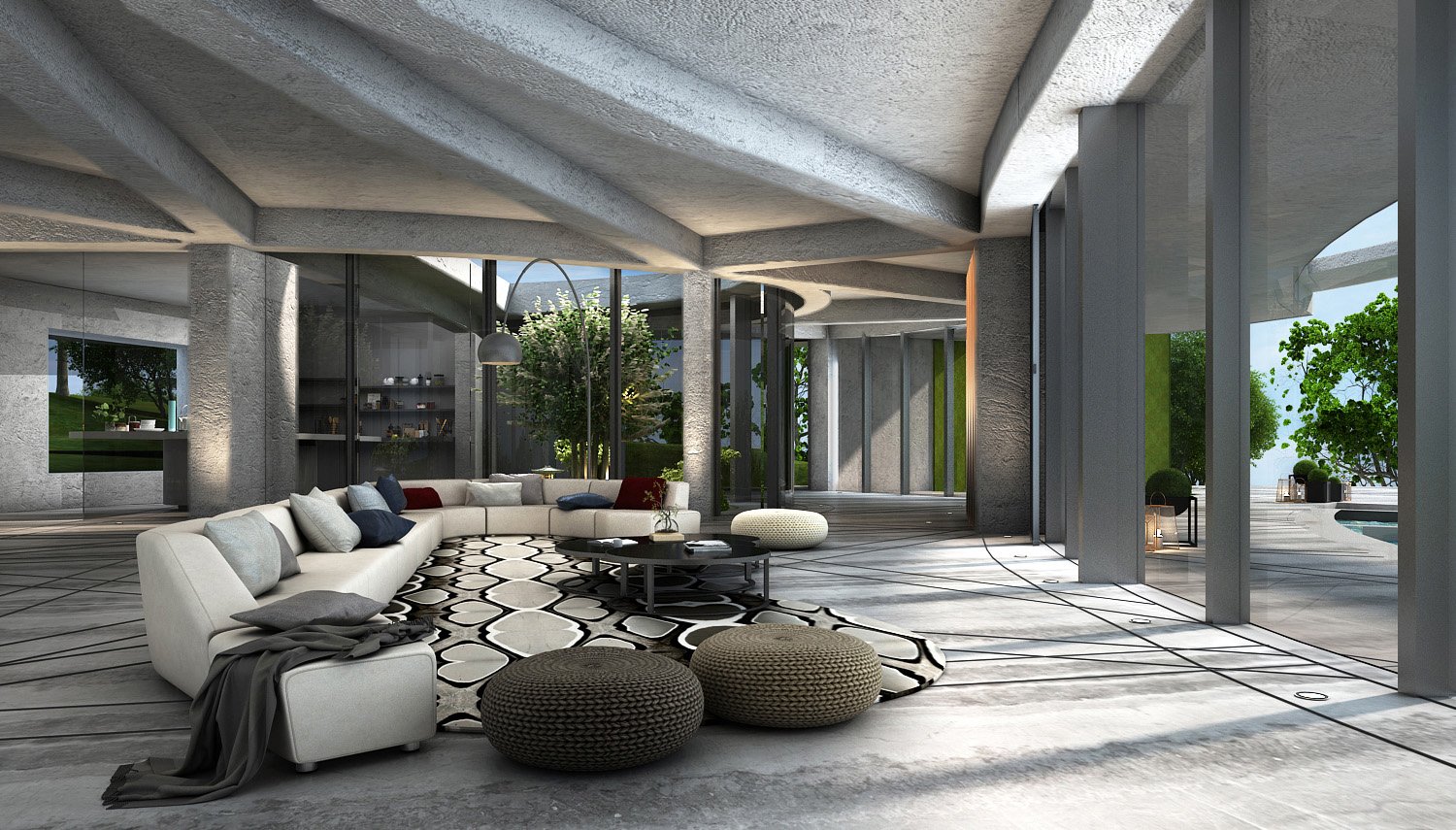