The owner bought the apartment that used to be a family home. The reform consisted of demolish most of the existing walls, including that between the kitchen and the dining room / living room.
Through the photos and diagrams sent, it is possible to understand exactly what was done. The kitchen, once white and tiled, received the same floor and wall covering as the apartment's social area. In addition, a major revitalization in the joinery was done.
We eliminated all the handles, we completed with some doors adapted to the blue refrigerator (original) and we painted everything in shades of blue.
Thus, the kitchen that was once categorized as a service space, became part of the social area as an extension of the dining room and living room. Rethinking the concept of lighting in space, reinforced this idea.
In a playful way, the various shades of blue refer to a time gone by (retro design) and harmonize with the owner's design pieces that are in the apartment. This was an explicit request from the customer, since he is an admirer and collector of design pieces from the same period.
Generally speaking, throughout the apartment, the dialectic between the old and the new guided all the design decisions and required a work that oscillated between the respect to the existing pieces and the introduction of new elements that symbolized the owner. The living room, TV room and kitchen have become a single space.

Description of the apartment

The biggest challenge was the conversion of a family apartment compartmented into an apartment for a young single advertiser, and retrofitting existing securities repaginating brought from other apartment.
The meticulous work respected the memories impregnated in certain parts and introduced new elements from the new intentions. The living room, tv room and kitchen have become part of a single space through the demolition of walls and removal of the toilet.
Shelves specifically emphasize the horizontality of the space and serve as a shield for design pieces. A large gallery Corten steel is the element delimiter between social and intimate, camouflaging access that is done through a pivoting door.
The original structure was exposed and the materials are shown with sincerity. The concrete, glass and steel corten combine a sober color palette and contrast with some pieces that give identity to the flexible space. 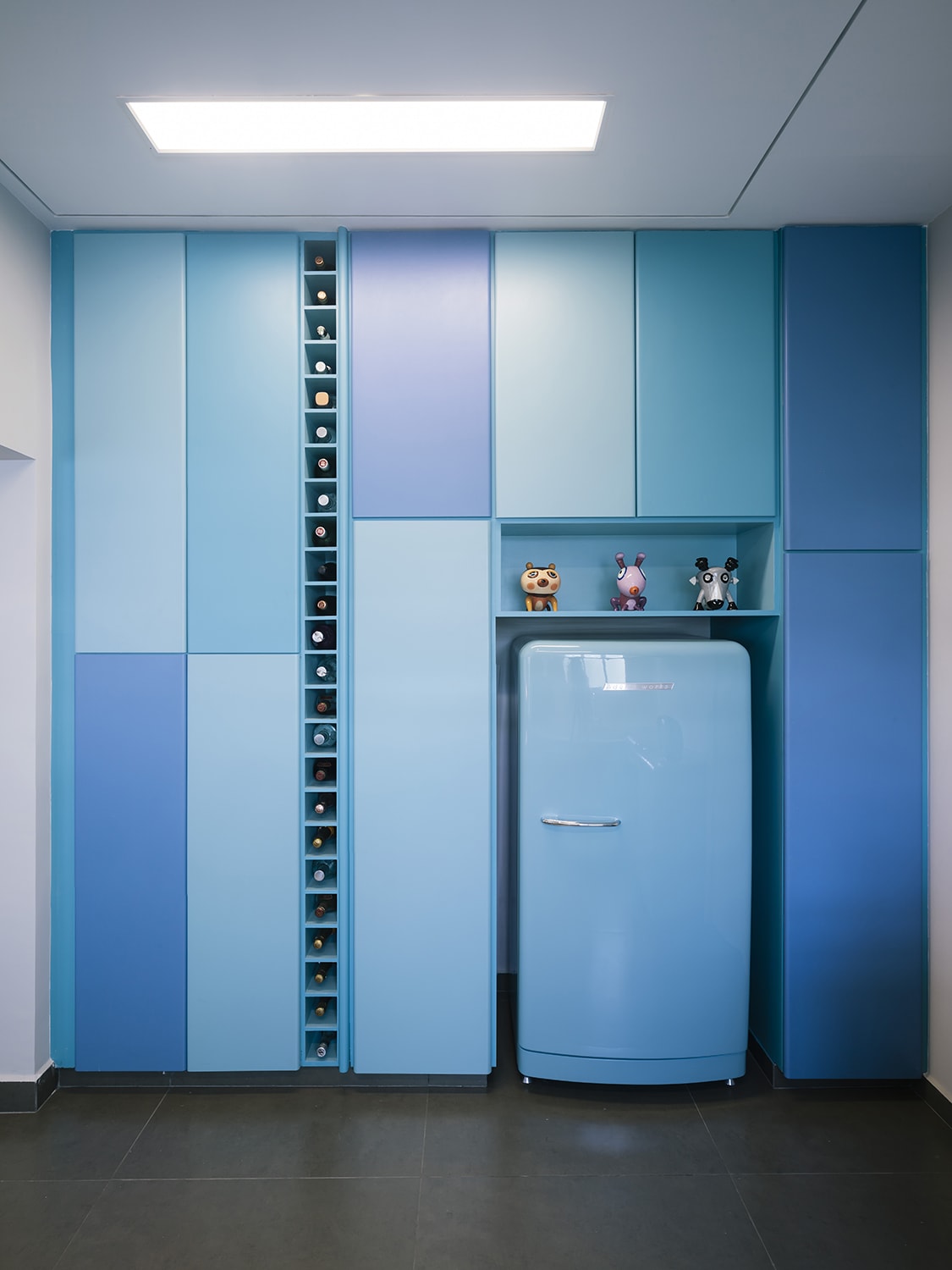 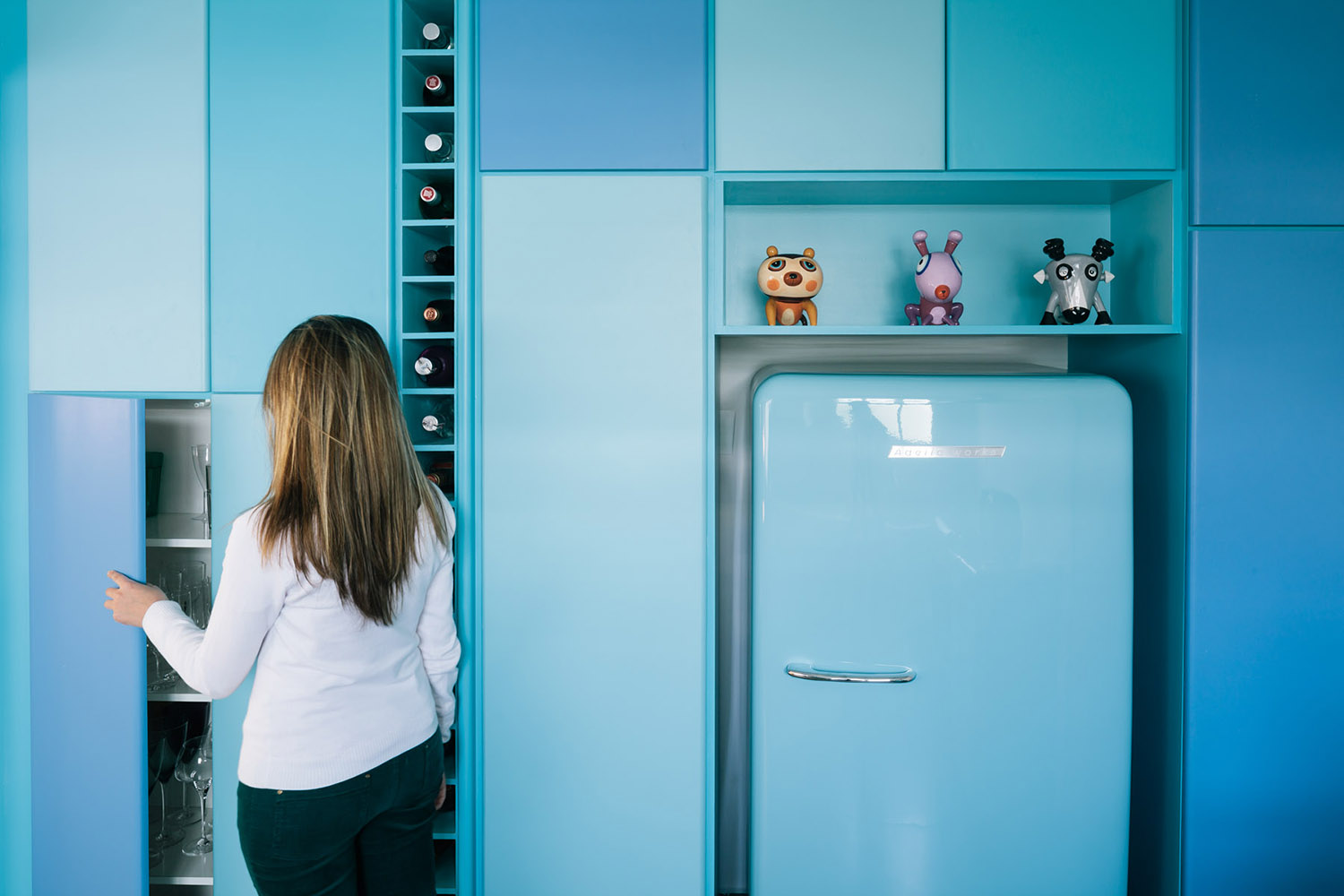 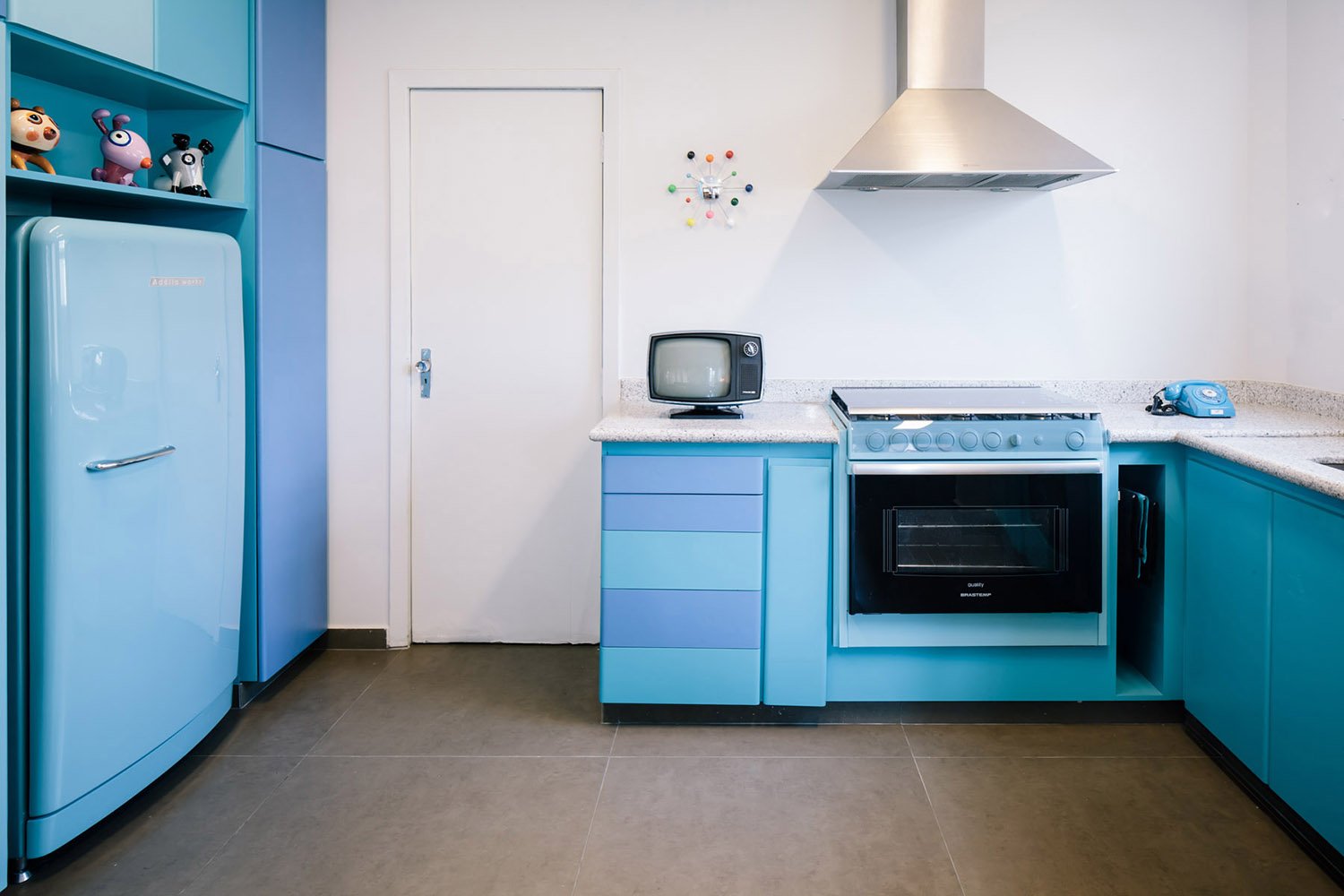 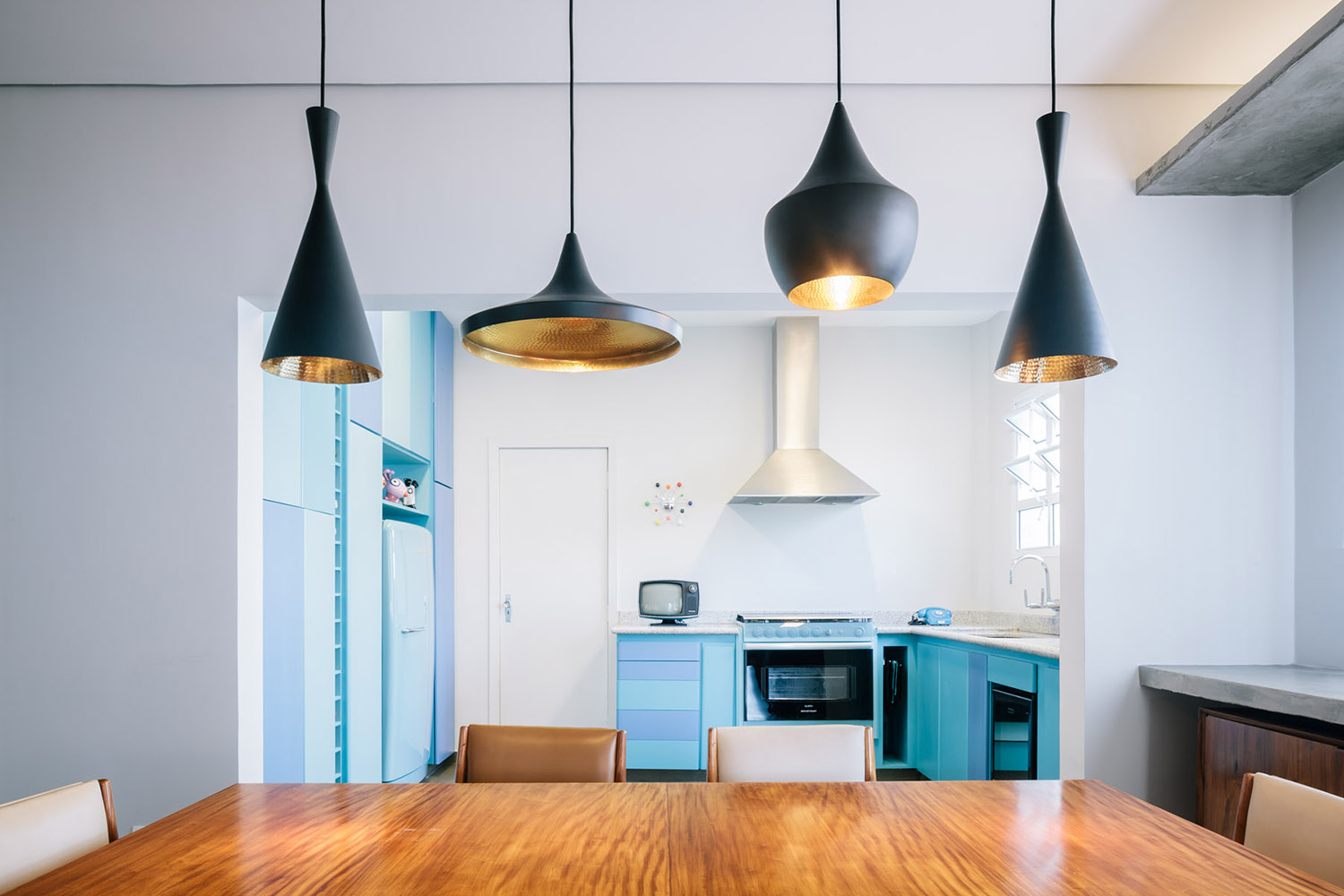 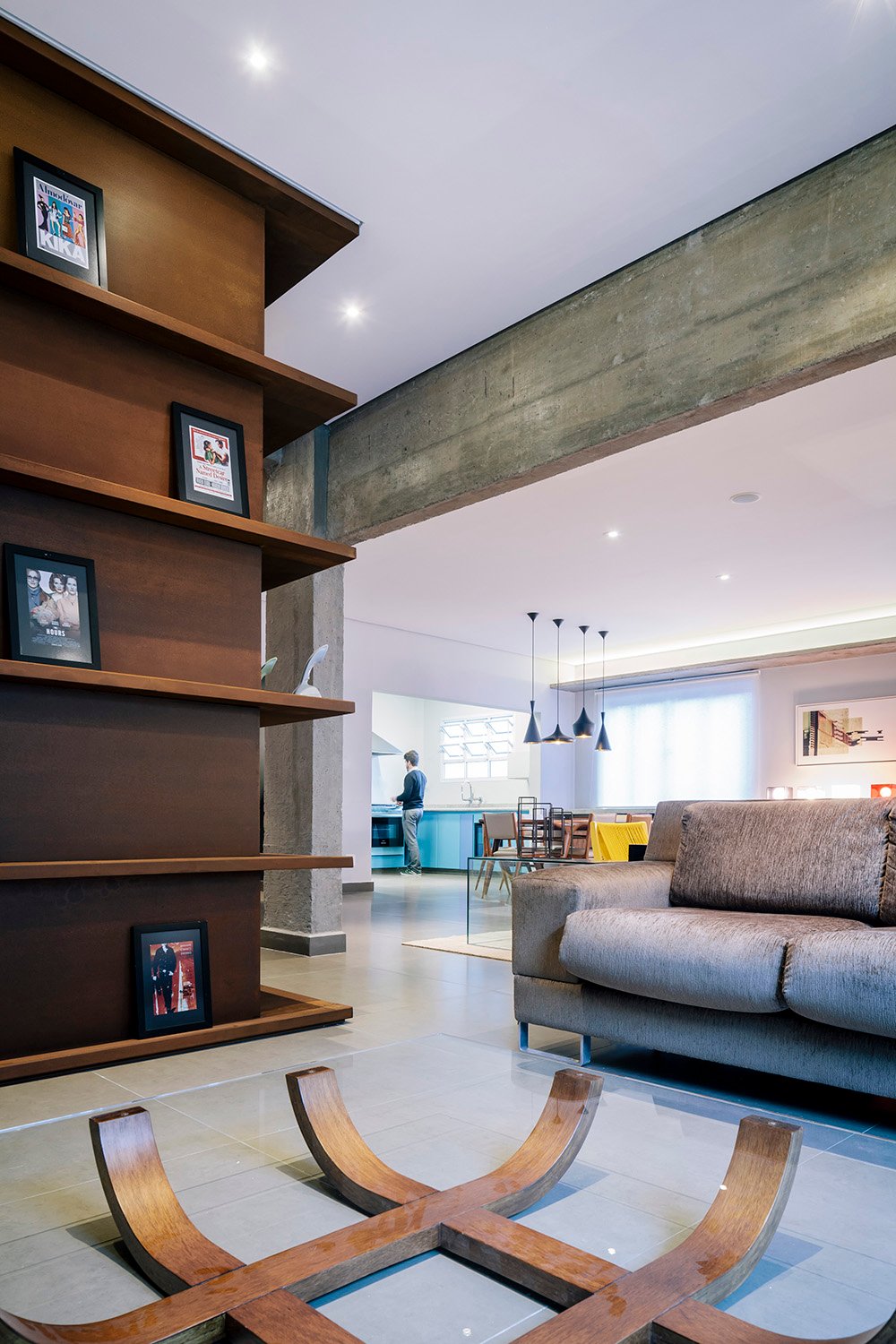 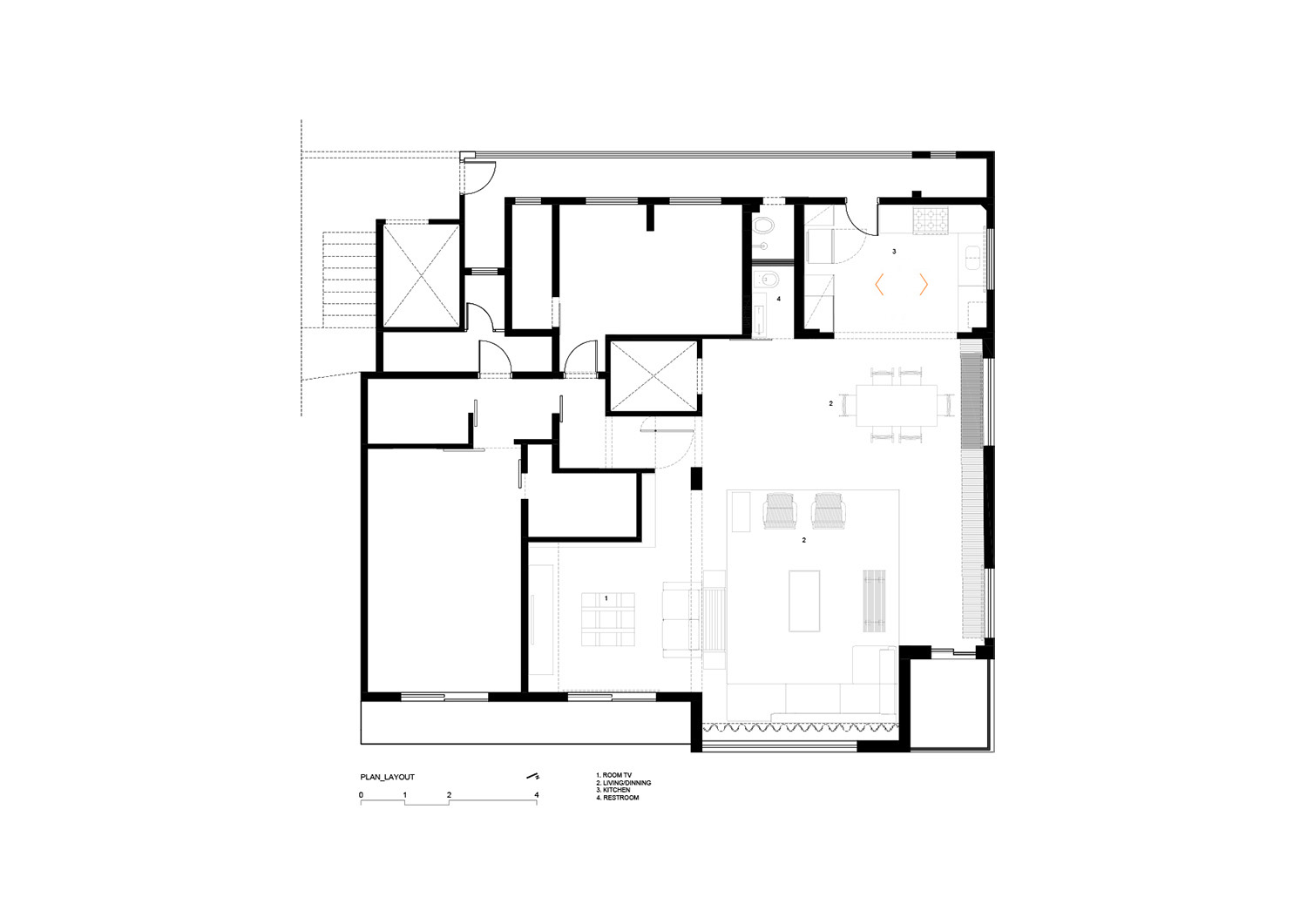 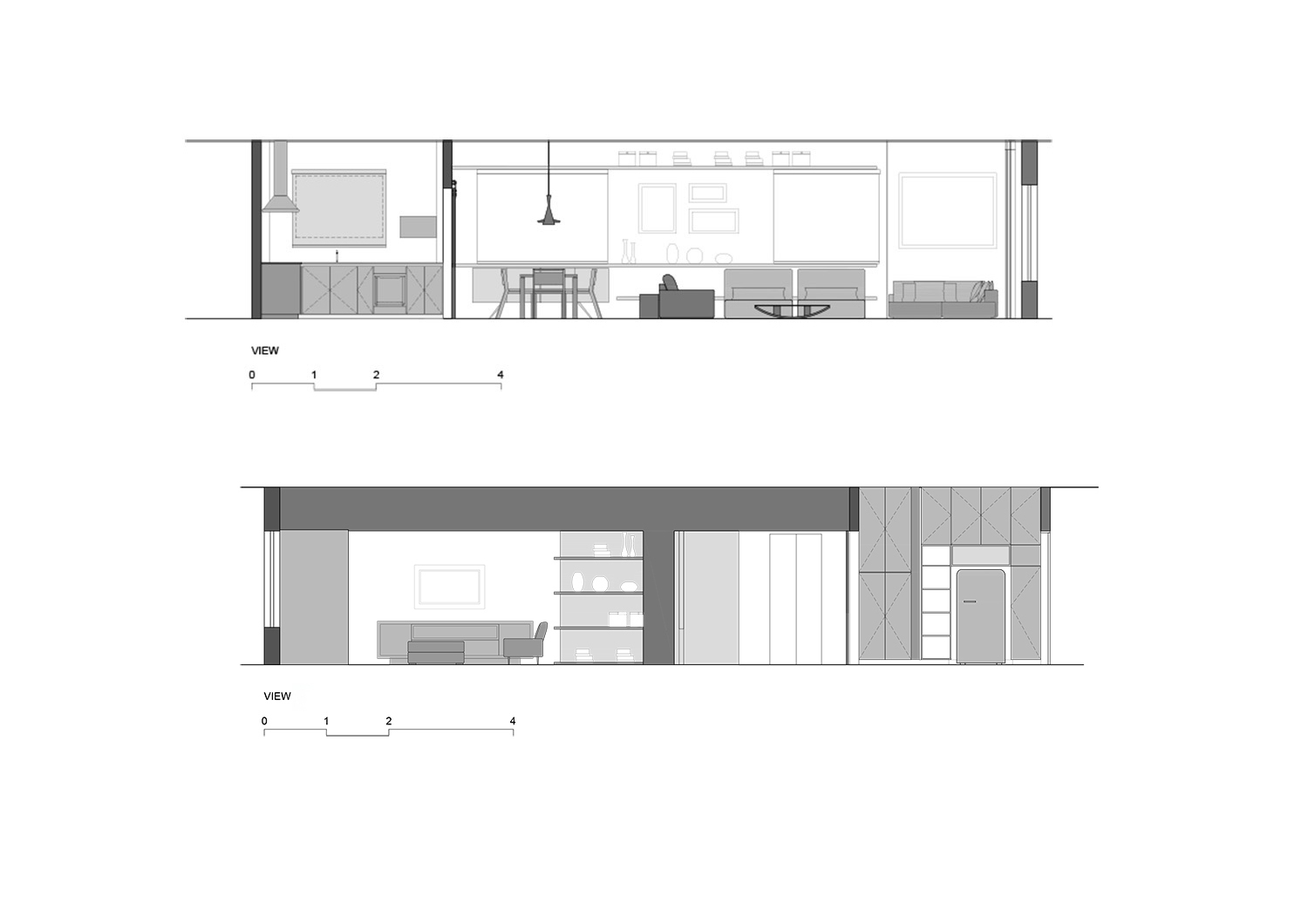 FCstudio was founded by the architect Flavio Castro after a five years’ period in Brazil by Mackenzie and three years of master's degree in Spain by the UPC. Before and during this period, he collaborated with some national and international offices.
Founded in 2003, the studio currently has a multidisciplinary team formed depending of the complexity of the work. The architectural designs reflect Flavio Castro's understanding of architecture and take into account the constant technological and human changes.
The theoretical basis, added to project and construction experiences for more than 15 years, make the office a complete production nucleus.
He has received important awards such as the IAB – Brazil´s Institute of Architects, WAF (World Architecture Festival - Singapore), LICC (London International Creative Competition), IPA (International Property Awards - England), IDA (International Design Awards – EUA), WA (World Awards - Brazil), etc.