Time is trapped in space, yet space has lost time.
Time and space can’t exist alone so does humans.

Walls, the most structural and architectural element, are used to define a living space. Walls run across spaces and create disconnected or fragmented places while providing experiences and situations reshaped under a chronotope setting. Chronotope can be explained as a measure to integrate time and space through a combination of varying surfaces and an intersection of axis. Here architectural walls work not as a disconnecting or dividing tool but rather as a frame for concurrent spaces and continuous time to support their integration and continuation. For such separation among family members or its dissolution in modern society, we use severed wall compositions and try to reconstruct a spatial structure enhancing human relationships and restoring communication within a family.

Communication among family members
With a faith that architecture can bring changes in human life, we are proposing the Chronotope Wall House. Restoration of communication between spaces is believed to work as a pill increasing usability and understanding of families on their living spaces. It is to offer a framework of possibility which enables families to transform from a passive subject into an active creator and to share new possible ways of occupying spaces each other. The purpose of the Wall House is to build a structure achieving a natural integration of privacy and communication along the life trajectory while projecting clearly the individual identities of grandparents, parents, and two daughters.

The penetration of interior/exterior brick walls
The red brick exterior wall is not just a decorative cladding but a datum of a structural system. This material flows into the interior and creates a space which destroys the distinction between inside and outside. The space ends up belonging to the inside and also to the outside at the same time. After all, this loosens spatial determinacy while enables an indiscriminate expandability. Traversing the interior, the brick walls turn into a series of openings defining a rooftop garden and narrate a poetic expression by brings the skyscape into the interior. 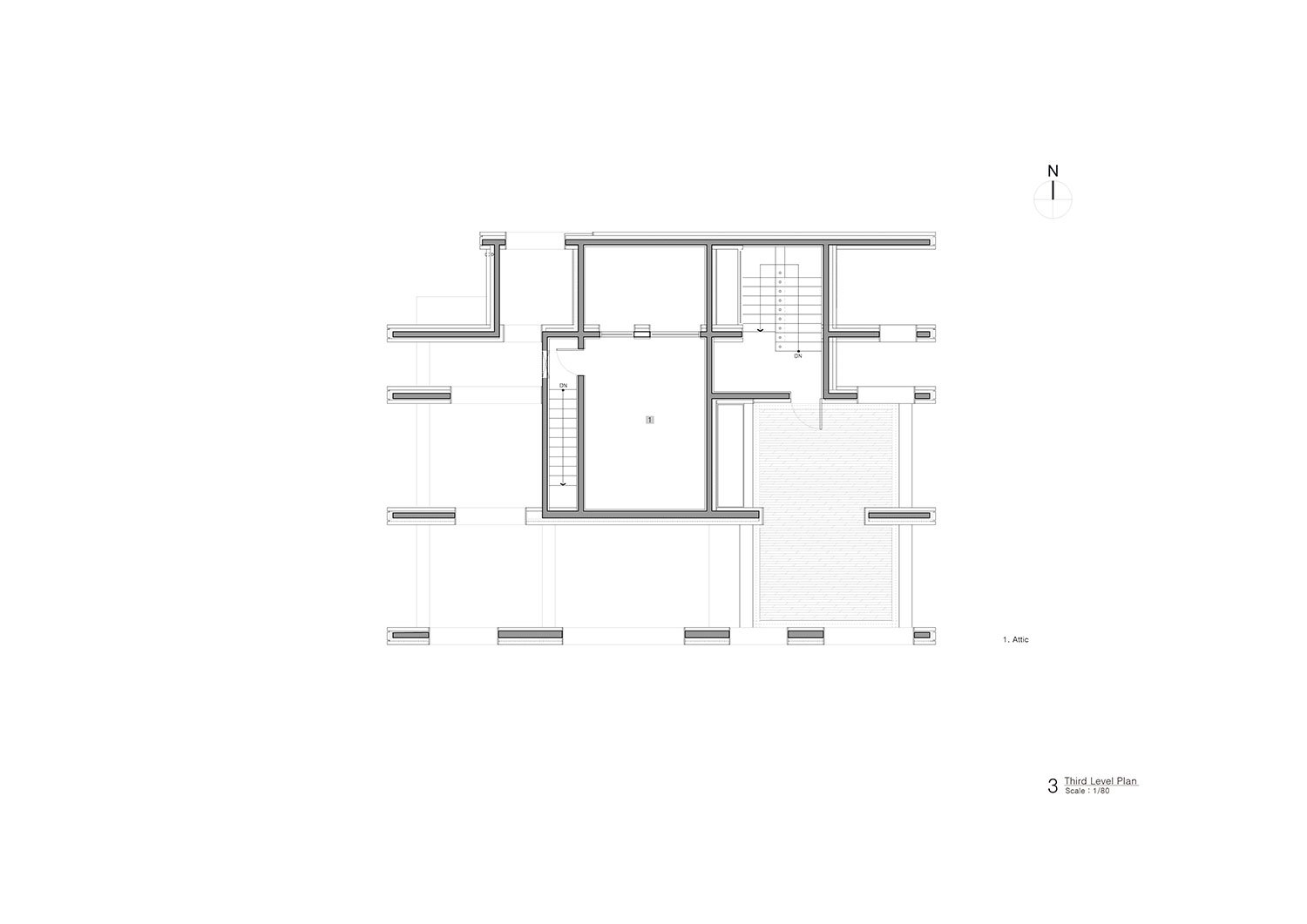 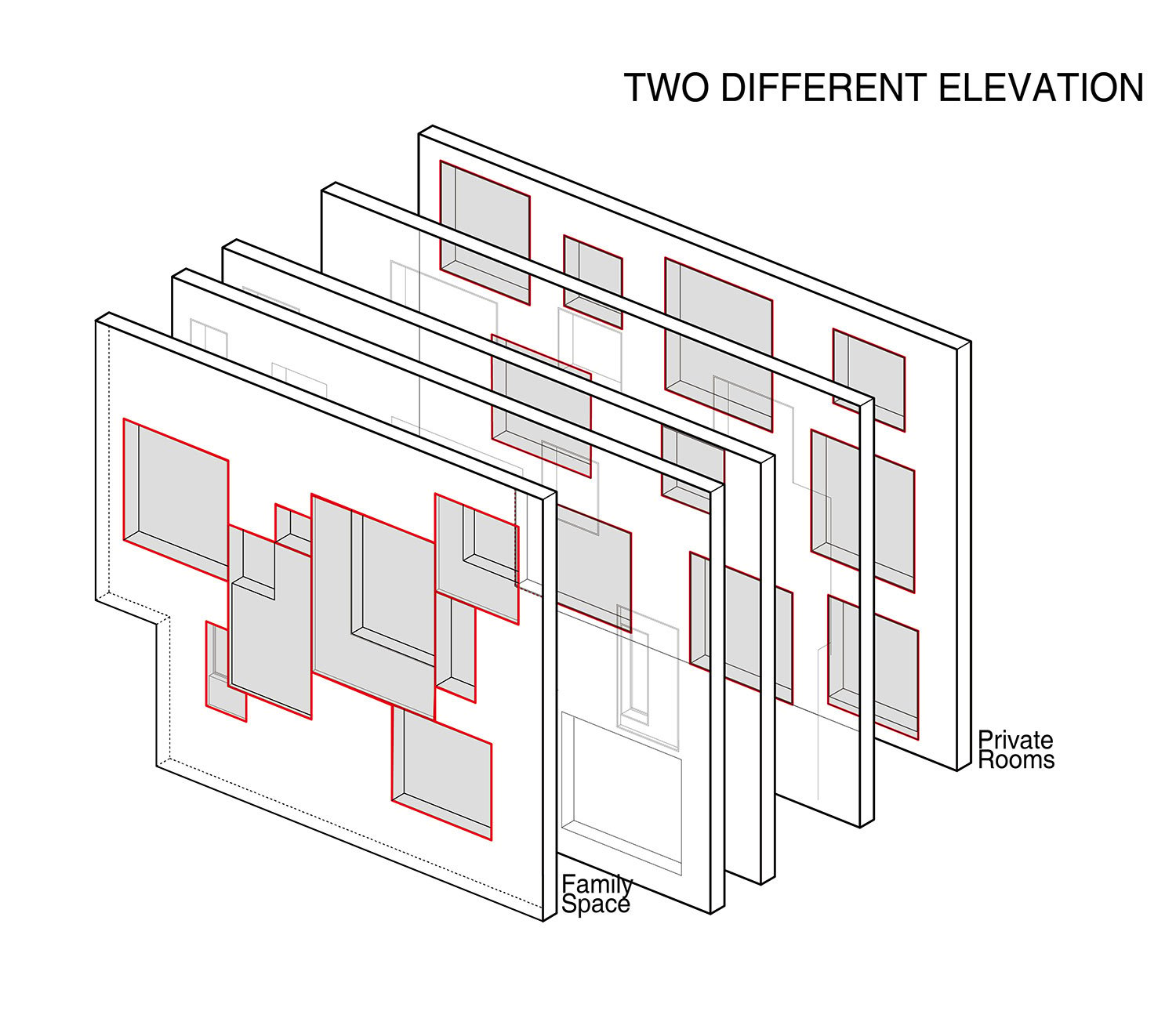 Unsangdong's works actively erase the solid modern framework while pushing forward with everyday work activities. There is strong criticism and desire to escape from the universal framework of modern architecture, without going too far. Unsangdong's technic of expressing architecture is neither conventional or cliche, but expresses distinct and provocative ideas with individuality while maintaining an adequate relationship with reality. Even when working with the same program and materials, we understand and express in our own, unique way.
Unsangdong designed a living space using the most structural and architectural terminology, of a wall - even though a wall traverses between spaces and constructs and isolated area, it can generate an experience and a situation that are altered by the Chronotope. It is seen as a method to united space and time through the fusion of various indices and the intersection of axes.