The Indian way of living is influenced by interactive community living spaces. The key component of any educational environment is communication and interaction keeping students actively engaged with the content and each other; helps promote student success and leads to true innovation.

The ‘Vinaya’ is inspired from these components bringing culture and function together to achieve the most desirable environment for education.

The challenge was to spatially orchestrate four diverse functions - lecture hall, administration, multi-purpose hall and hostel block keeping them connected and distant at the same time.

The key factor in the design process was to enhance student interaction, within the indoor spaces that percolates outward and interacts with the landscape around it. Another challenge was to consume the permissible built up area within the height constraints.

The pols of Gujarat are a symbol of community living and interactive spaces from the 18th century and are an important character of the urban scape of the region. The design takes inspiration from the pols bringing together architecture ,culture and education.

Part of the structure is scooped out to create a quadruple height void inspired from the pols.

The void invites the outside green into it creating a promenade for students and enhancing interaction. The amphi-theatre is enveloped with skylight establishing a visual dialogue within the indoor and outdoor.

In ancient india, it was believed that true learning begins with nature, the concept of Gurukul where students imbibe knowledge while living with the guru. Vinaya (education and discipline) is an ideal framework mixing the functions (lecture hall, administration, Hostel and multi-purpose hall) with the sanghas (interactive spaces) giving the vibe of Forest around it.

The abstract mural brings in the essence of the ancient times into a quadruple void creating an interactive space. The mural is inspired from the trees in a forest indicating the connection of the inside with the outside green space and at the same time the feeling of being amidst the nature 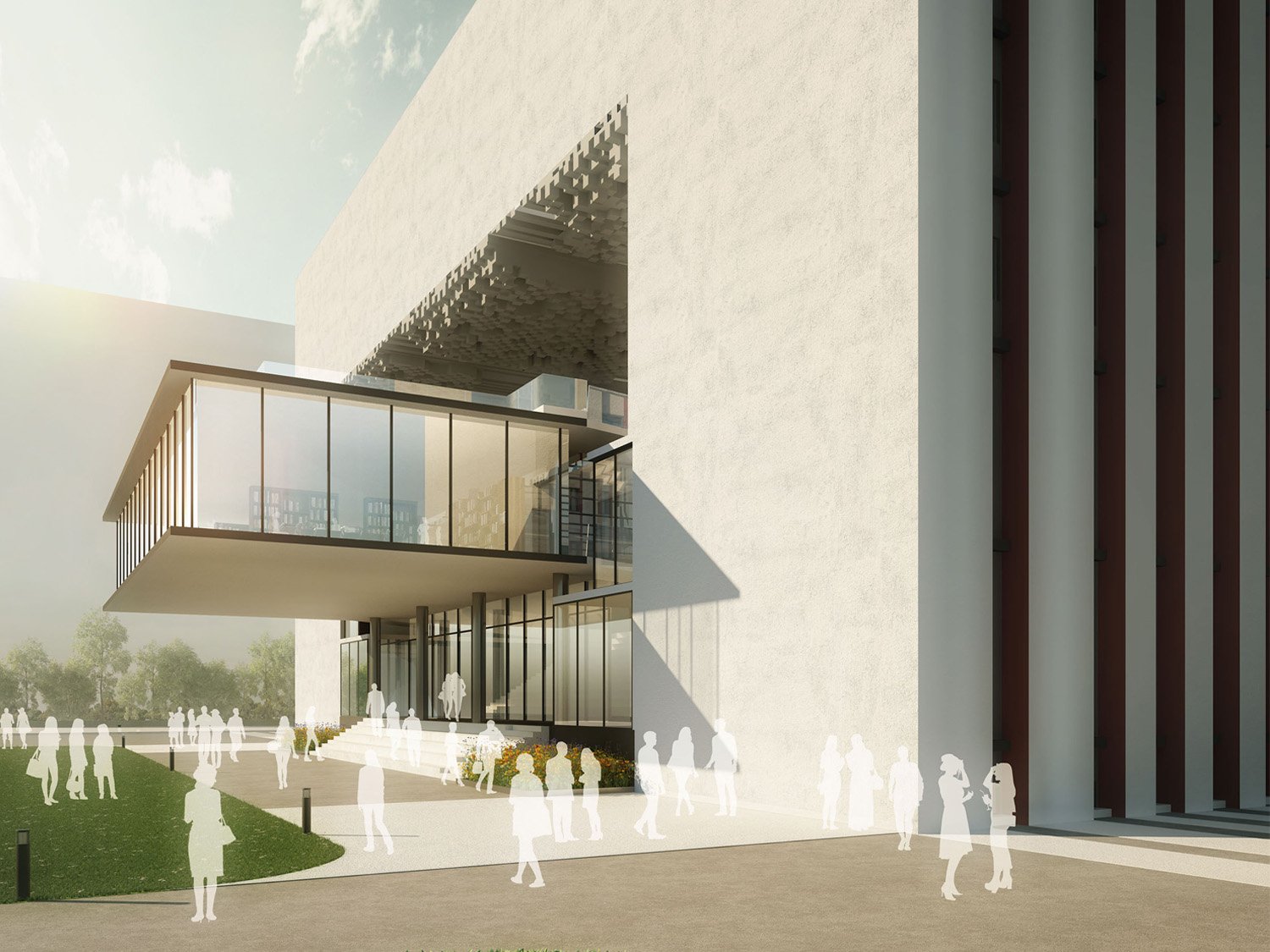 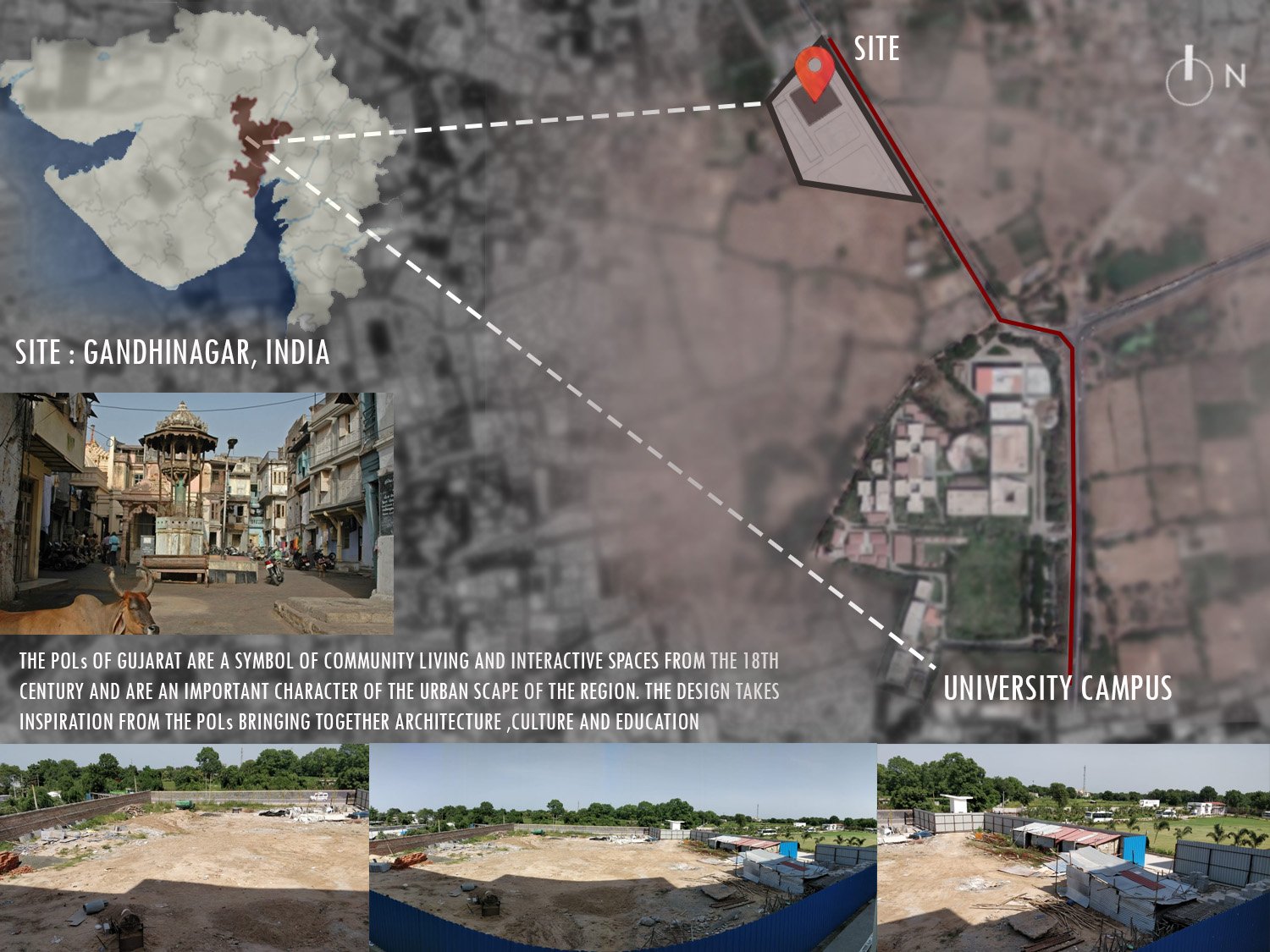 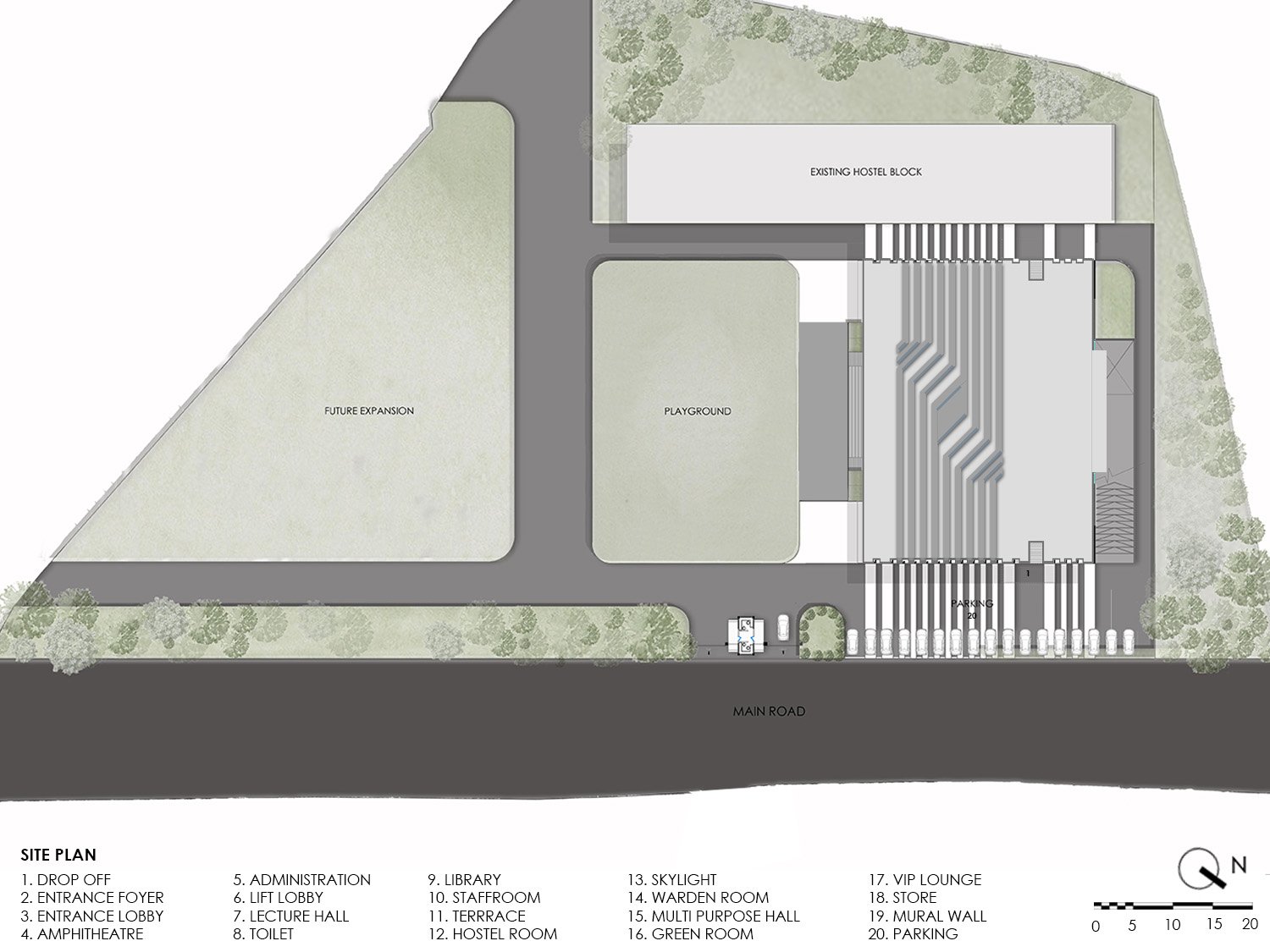 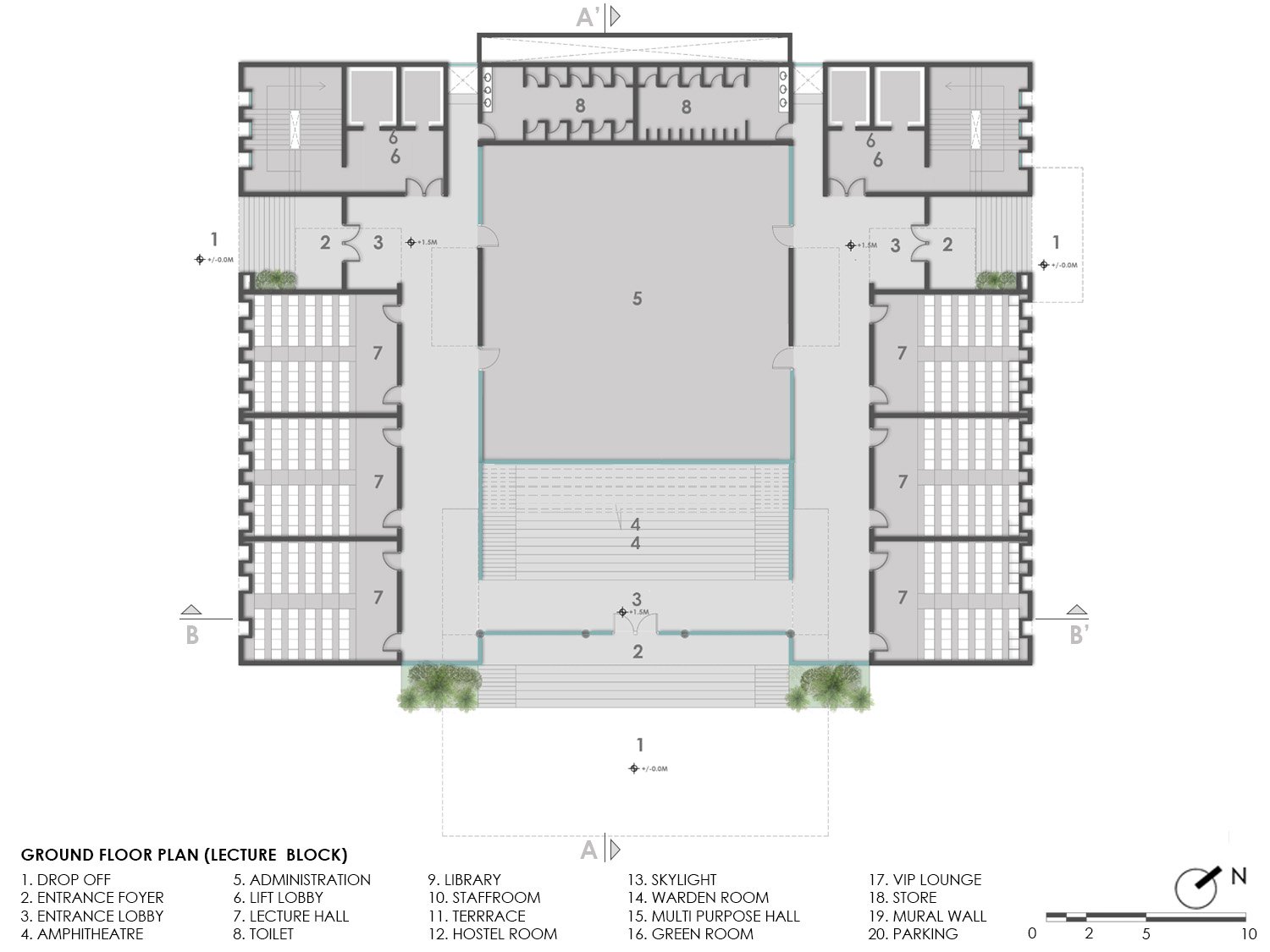 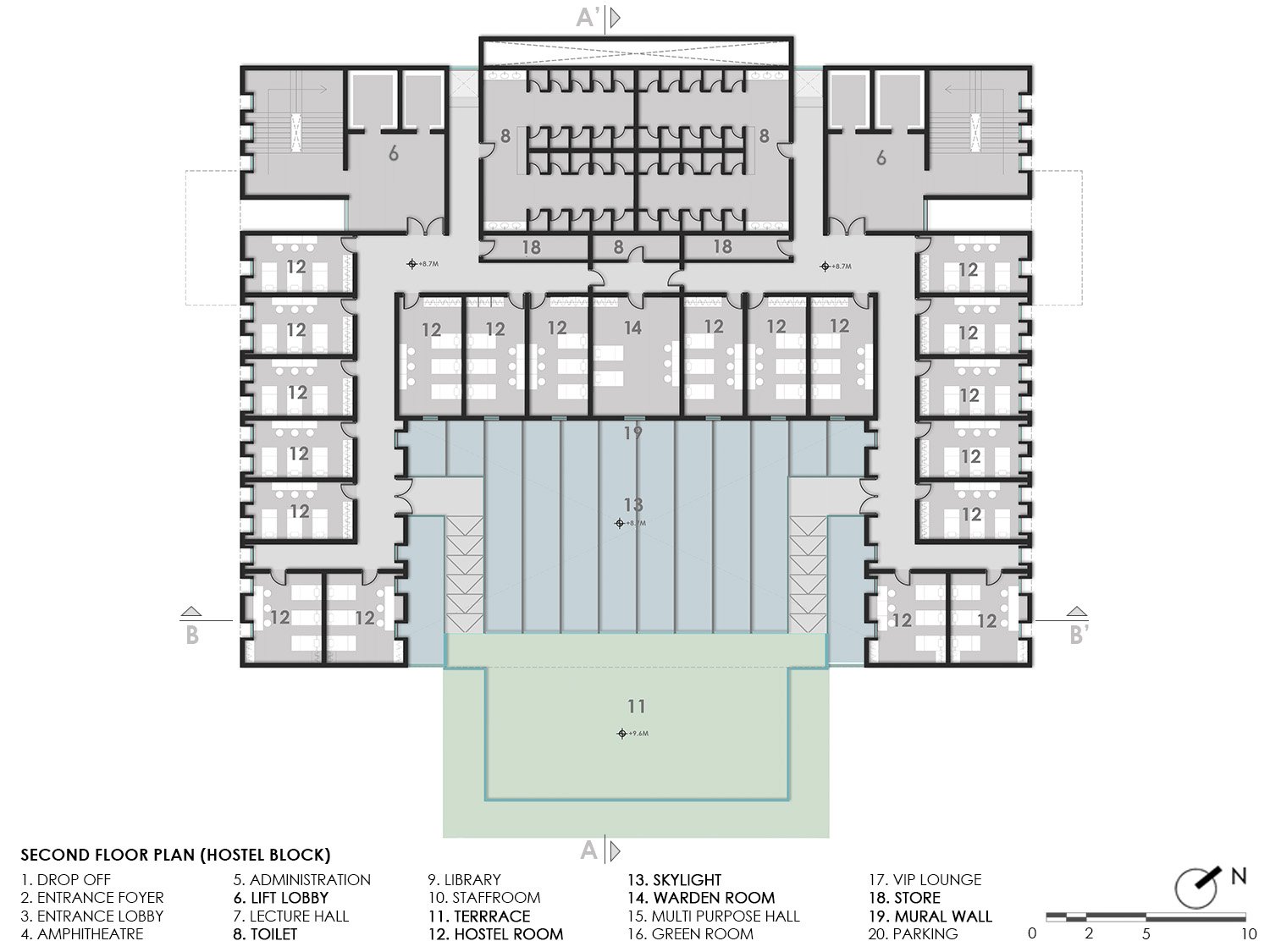 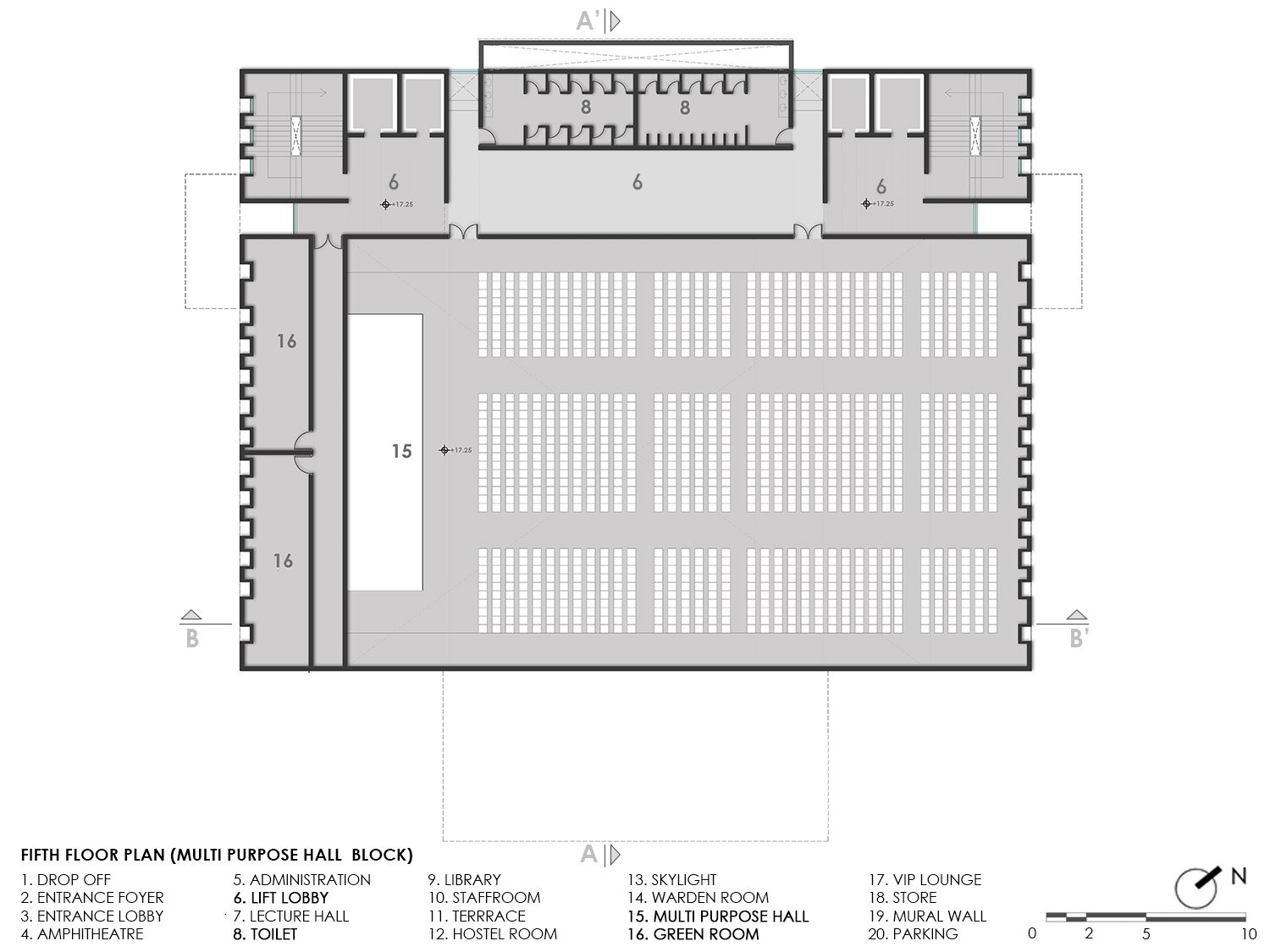