The city development authority in its endeavour to build new infrastructure projects required a large convention centre to facilitate exhibitions, conferences & public events.
The design incorporates the requirements within a large 3 level building intentionally located along the southern perimeter of the site to generate a large garden area towards the north.
Located in the southern part of India, temperatures are in excess of 40 °C throughout most of the year.
Service areas are intentionally planned on the southern side to reduce heat gain into the building. Pre-function areas including café & lounge spaces opening towards the north facilitating indirect light within the building rendering it energy efficient in response to the sun always being in the southern hemisphere in this city.
Large trapezoidal framed openings allow the public spaces within to overlook the generous garden space on the northern side & open the inner volumes to the landscaped spaces.
Voluminous sky lit courtyards punctuate the building allowing natural light to infuse the interior spaces during the day.
Large exhibition halls with multiple divisional partitions create multiuse spaces usable in varied configurations.
While the north side is completely open in frames of concrete that create sheltered outdoor spaces, the east & west sides have inclined concrete walls to derive indirect north light into the internal volumes.
The ground level is stilted to allow for large vehicle parking bays, services, transporting & supplying of exhibition goods with ease.
The exhibition spaces occupy the upper two levels with a large auditorium in addition to the multiple exhibition halls in conjunction with the project brief.
2 parking basements facilitate the parking of 2000 cars.
Convention Centre 63 will address the needs of the city for a large public event space.
Designed in response to the climate , Convention Centre 63 will be an energy efficient building minimizing the need of air conditioning and artificial lighting.
The extensive roof area allows for solar power generation capitalizing on the excessive available sunlight.
Recycling and reusing water , minimizing heat gain & creating extensive landscaped spaces add to the sustainability of the design.
Convention Centre 63 will be a large communal space for the city of Guntur allowing many different activities in one place at a time with exhibitions, plays & dramas & a large landscaped park engaging people of different kinds with its varied spaces. 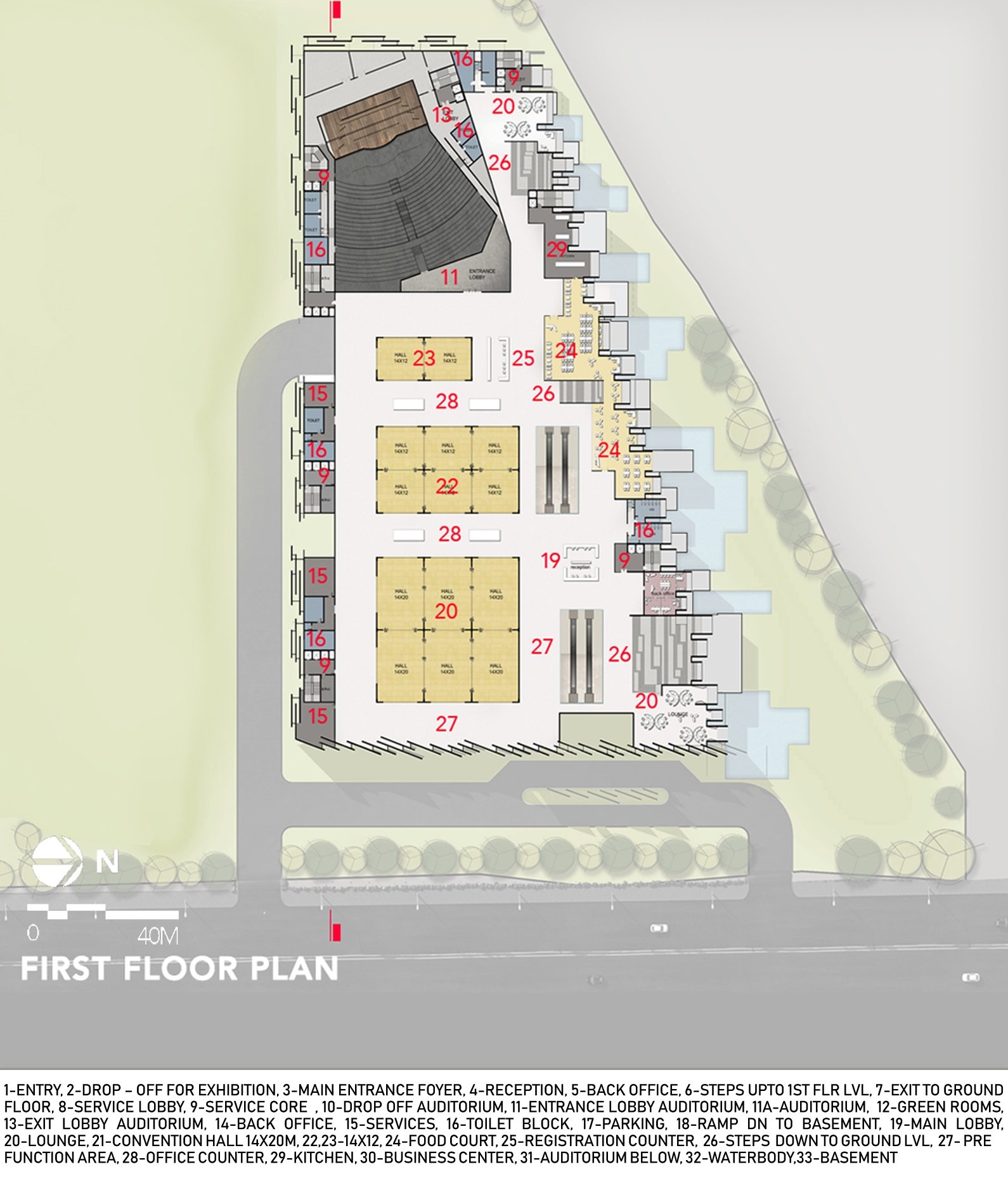 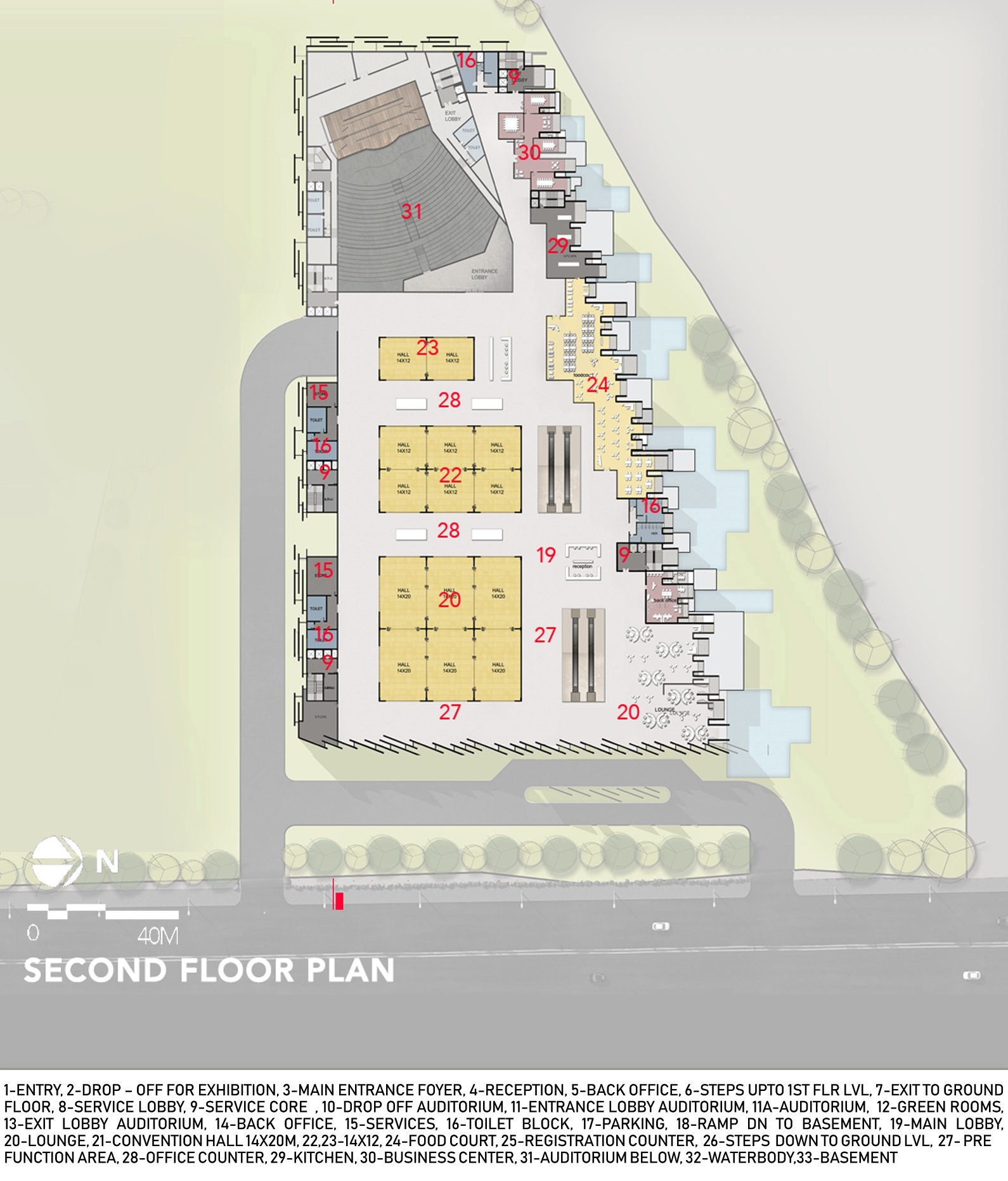 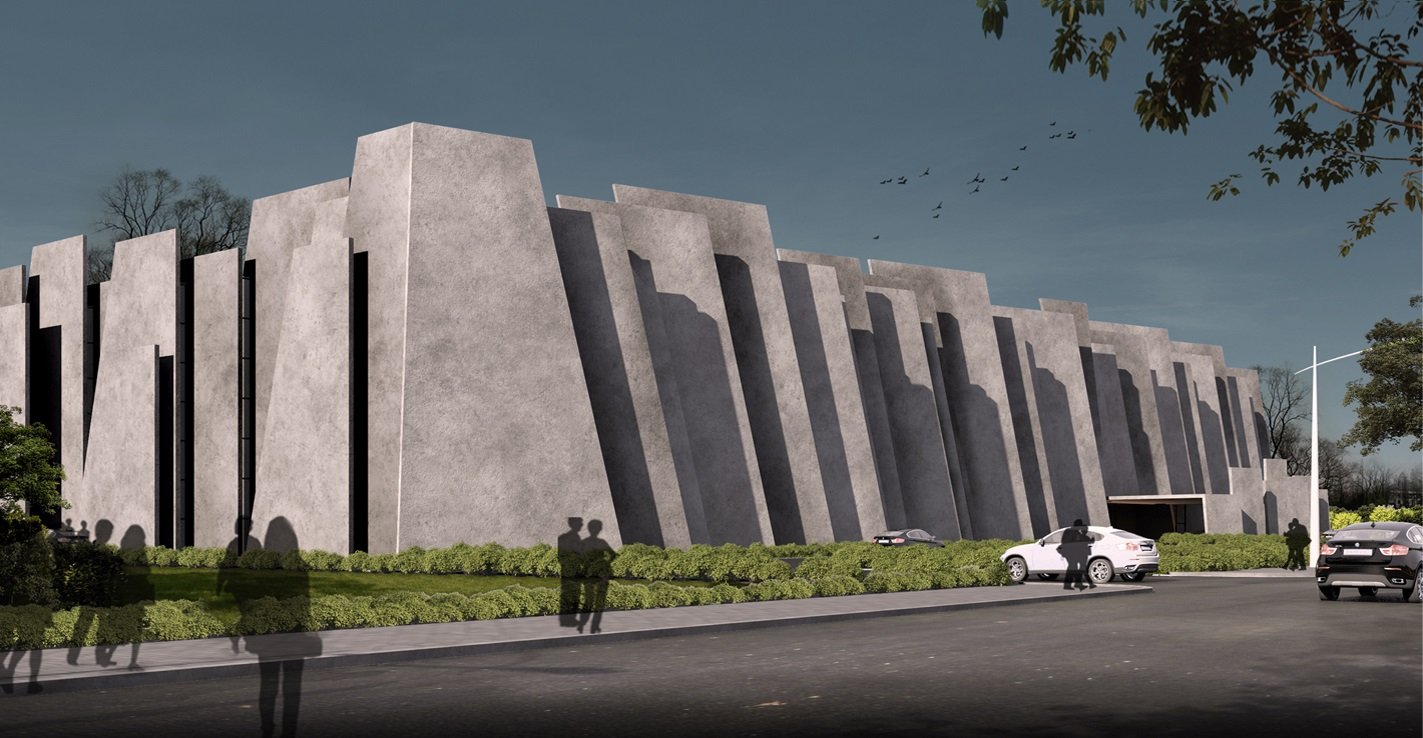 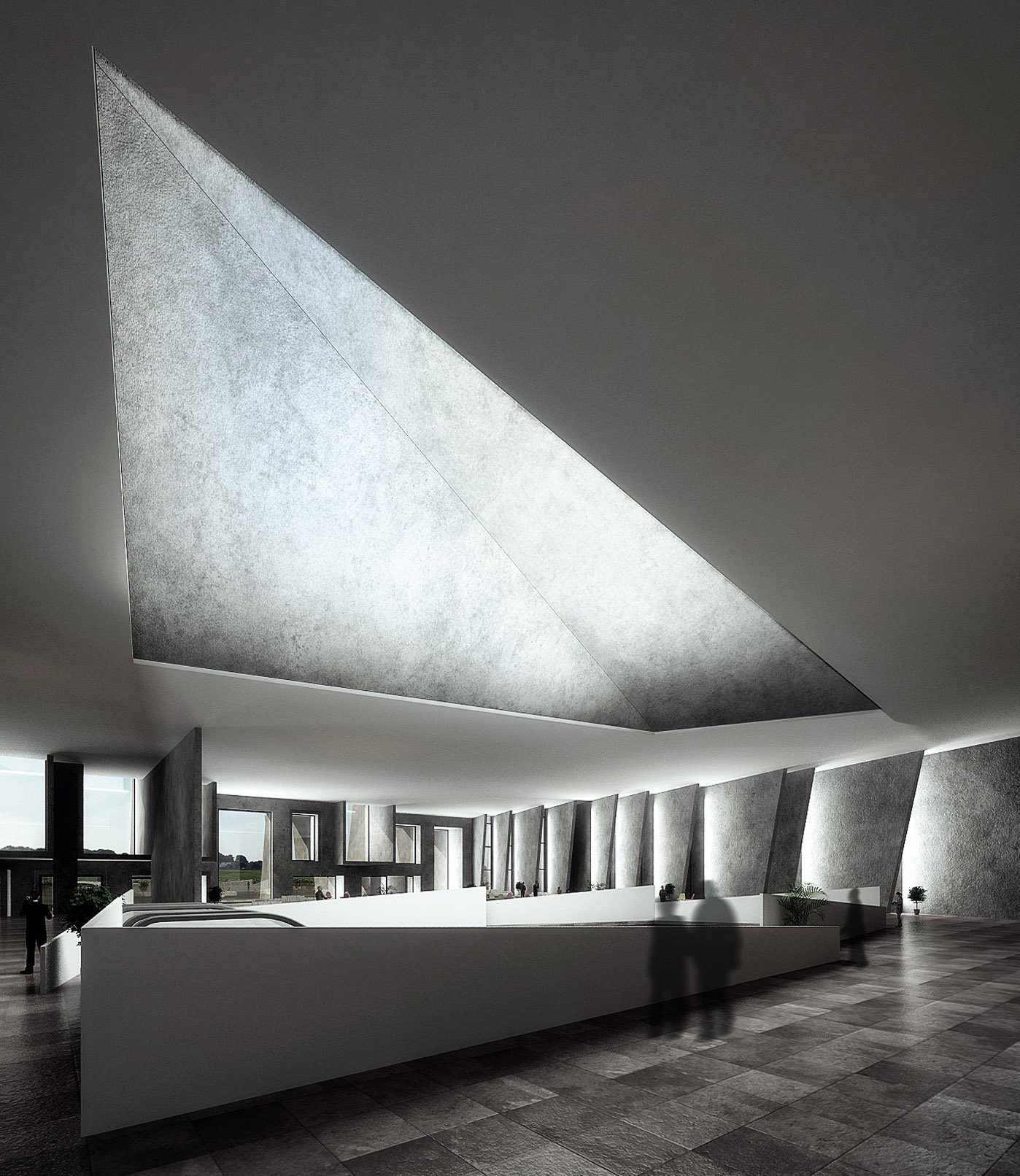