The idea to design and construct the DDTEP office building evolved in response to the investor’s need to bring together different commercial activities and employees in one single area. The location chosen as the setting for this new architectural development is the large industrial complex Djuro Djakovic, situated in Slavonski Brod, Croatia. This industrial complex is a city in its own right, featuring a regular network of roads and clearly defined spatial arrangement of industrial facilities.

The building sits alongside one of the internal roads of the industrial complex. Pedestrian access is provided via a spacious covered entrance porch. The lobby and reception area, designed to ensure access control, leads to offices, which are situated on either side of the central hallway. This layout of the offices is mirrored on all four levels of the building. The arrangement and size of the offices, conference halls or rooms and of the area intended for the Management Board is based strictly on hierarchical organization. The same hierarchy dictates the spatial layout as well as the logical and functional spatial connections between different building components, allowing for swifter performance of everyday business activities and enhanced communication among employees. The elaborate internal design of the office building mirrors the design of the industrial complex – it is clear, comprehensible and hierarchically logical.

The building is designed as a long regular-shaped structure with an aluminium ventilated façade and evenly distributed openings and opaque structural elements, which ensures energy efficiency and sustainability of the building, as well as reduced maintenance and usage costs. The choice of grey aluminium sheet metal cladding was inspired by the character of the surrounding industrial complex, whereas the architectural gesture of enveloping the grey building in a red narrow-strip perforated aluminium visually adds to the modern and streamlined but still very comfortable offices, while at the same time providing protection from the sun and rain.

At night, an interesting light effect is created on the façade by the light protruding from inside the office building. 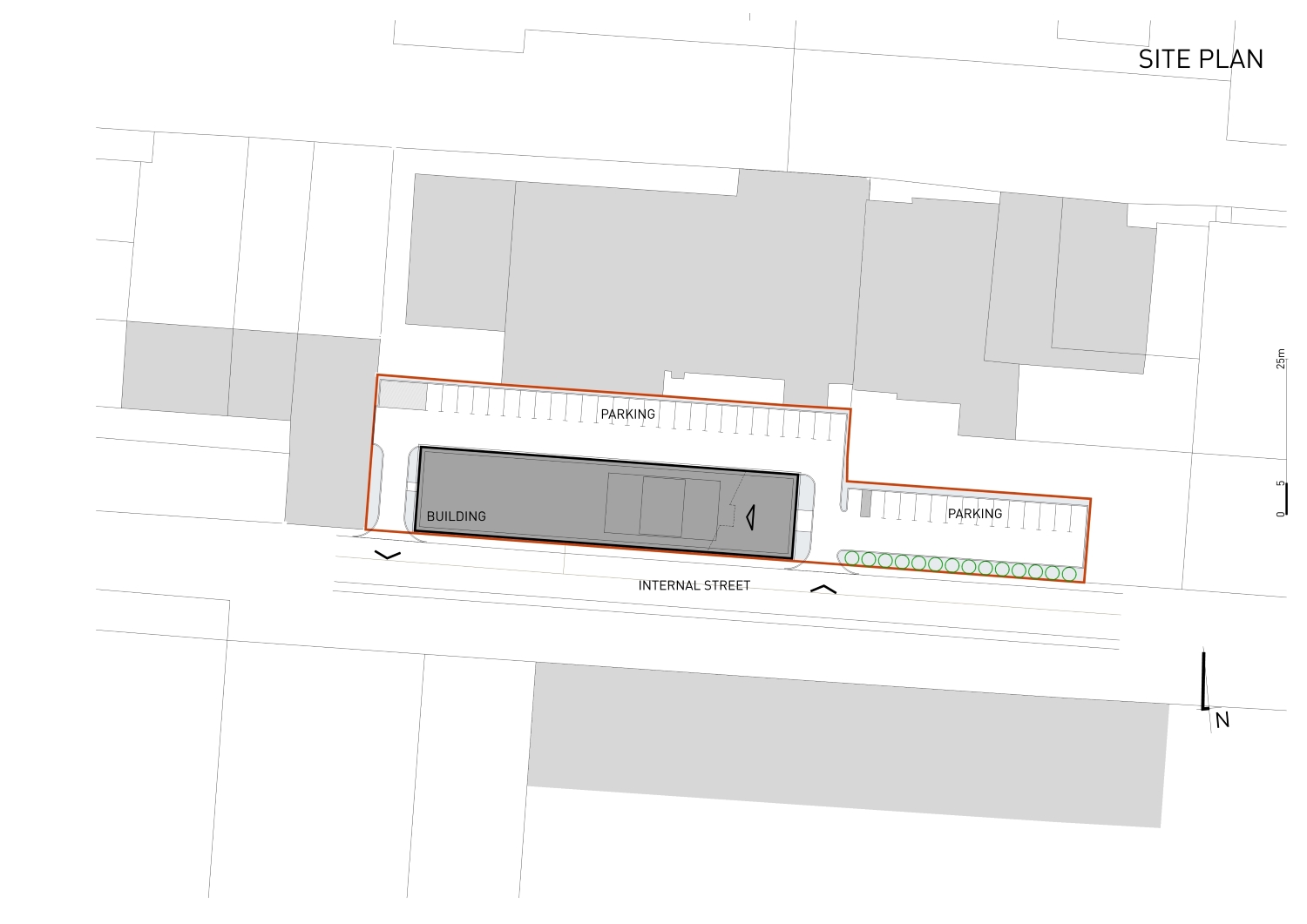 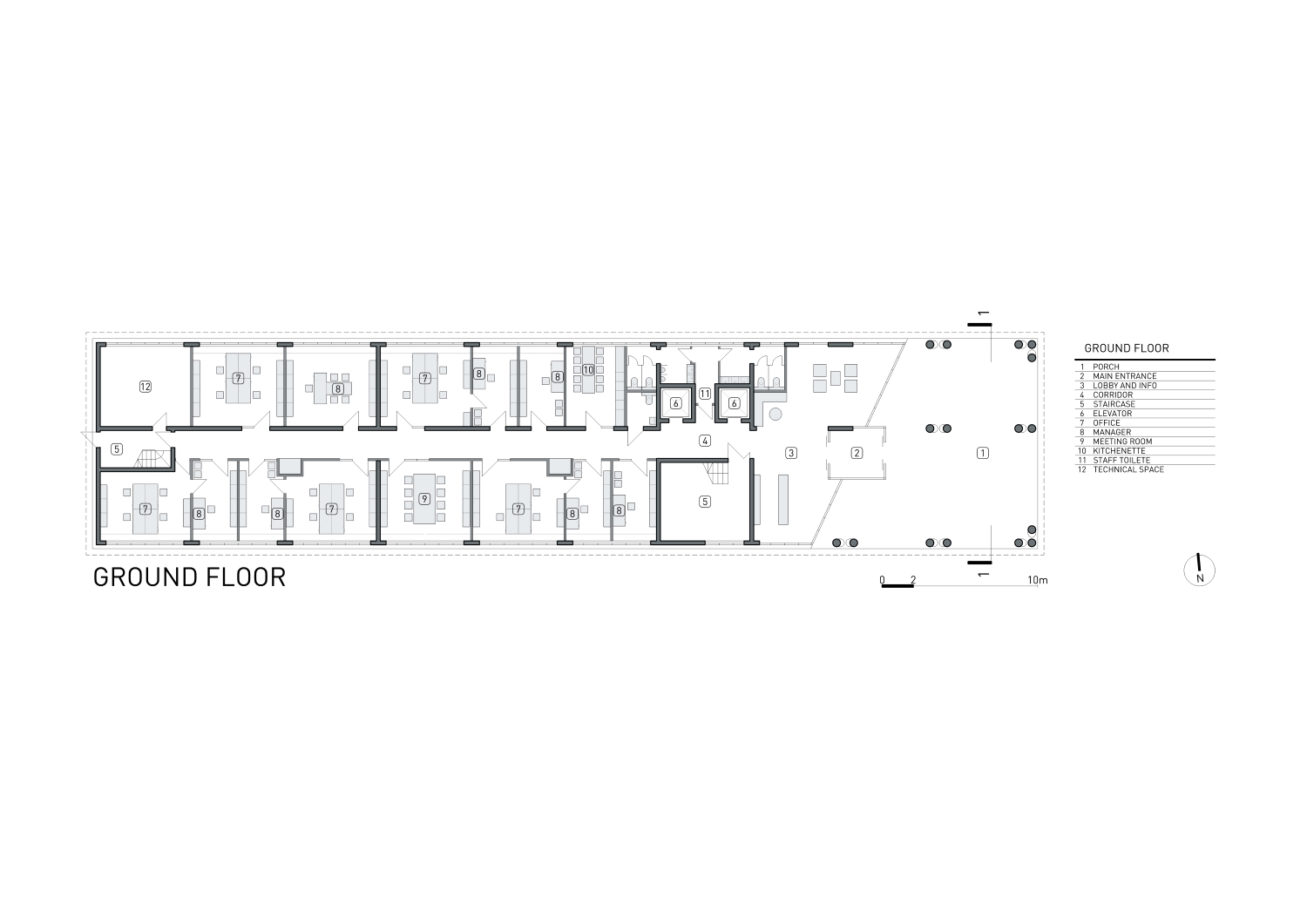 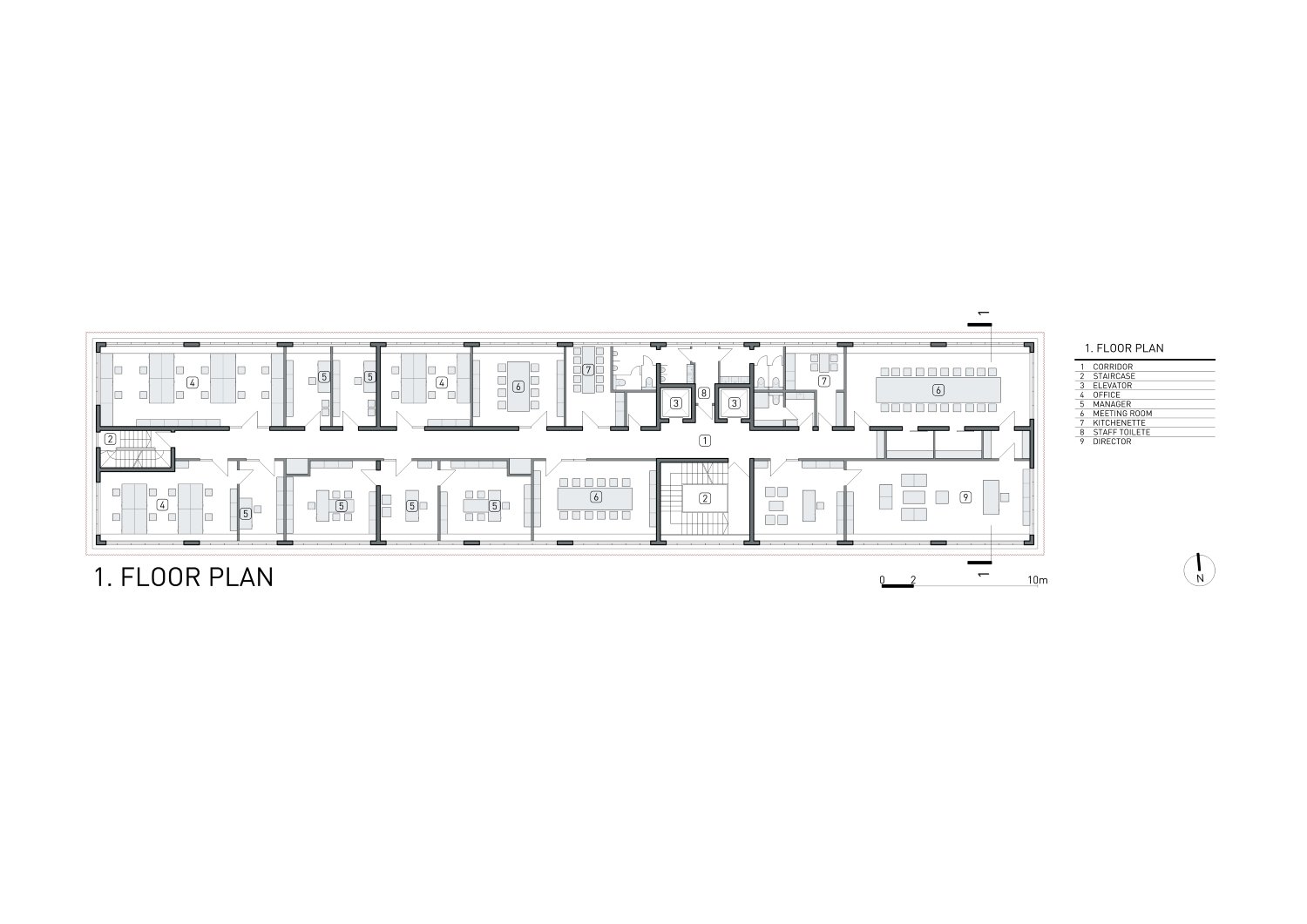 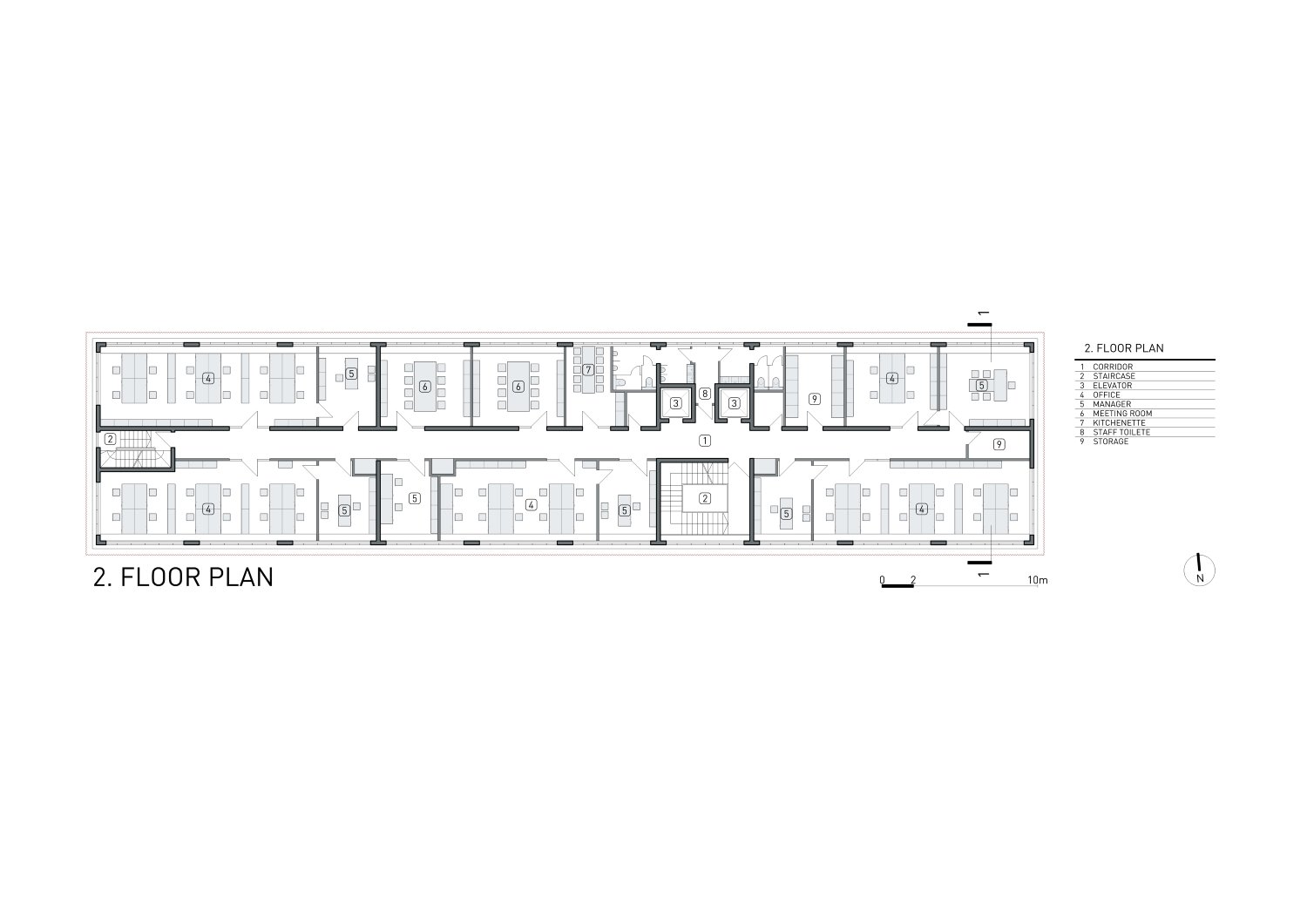 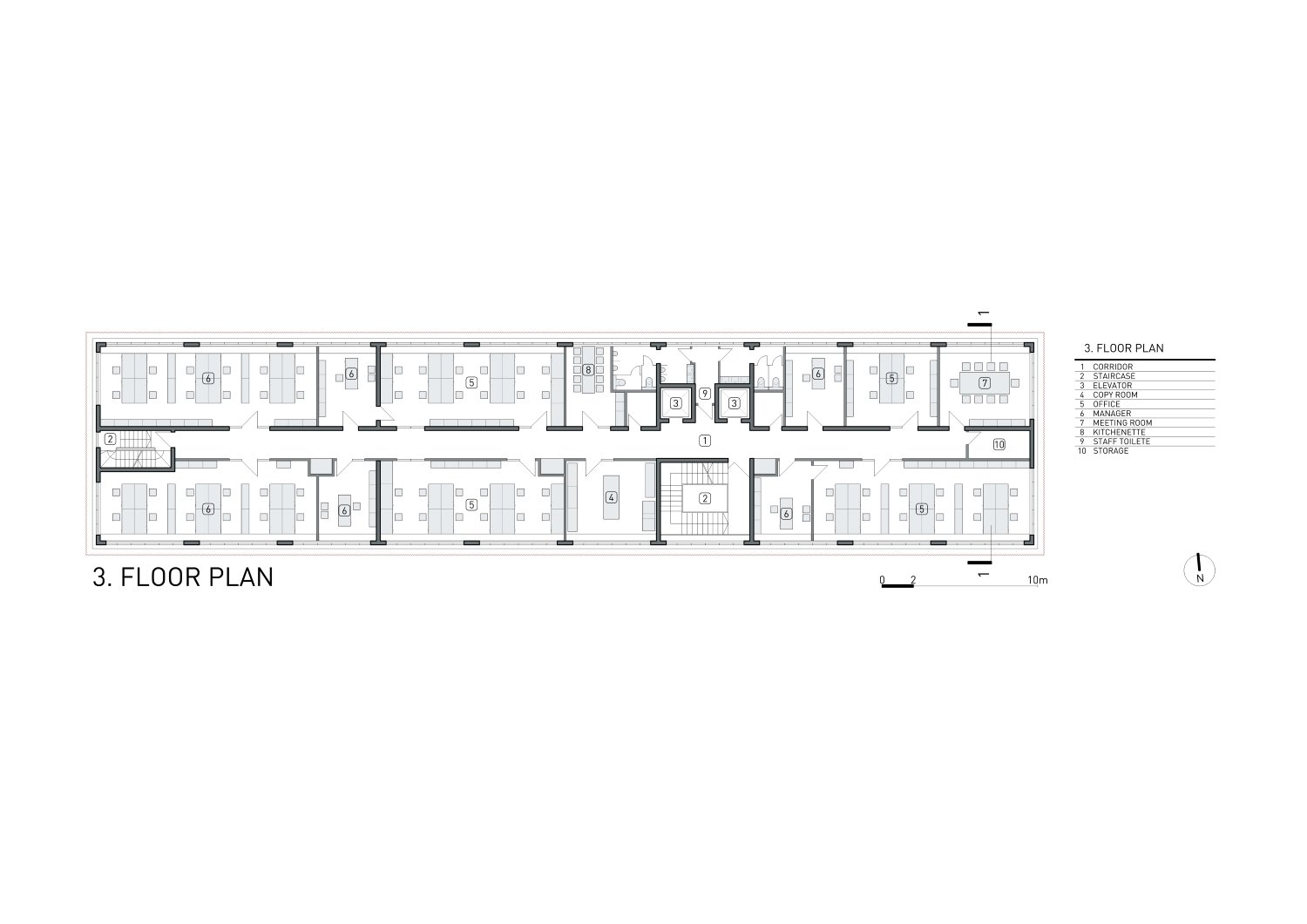 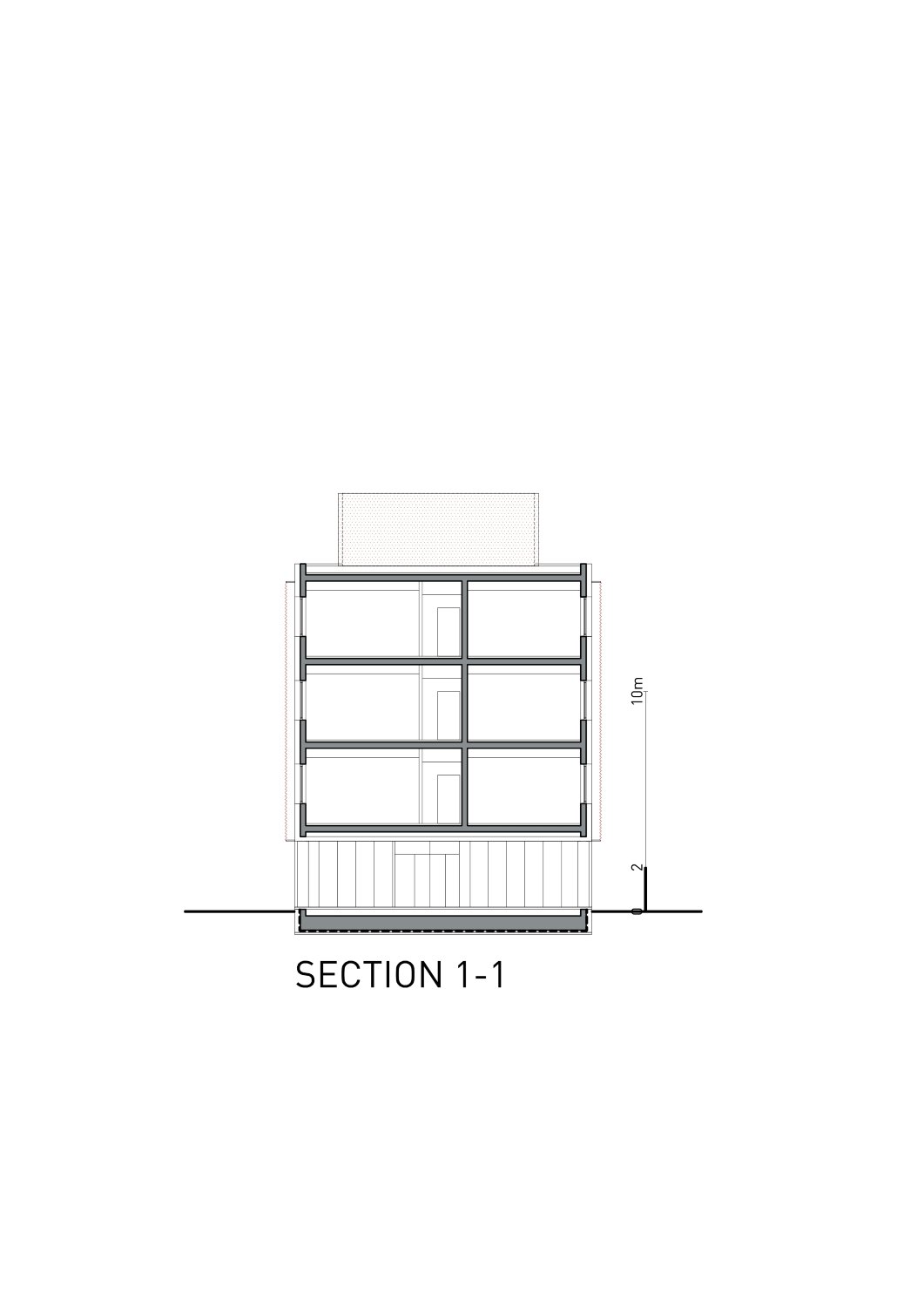 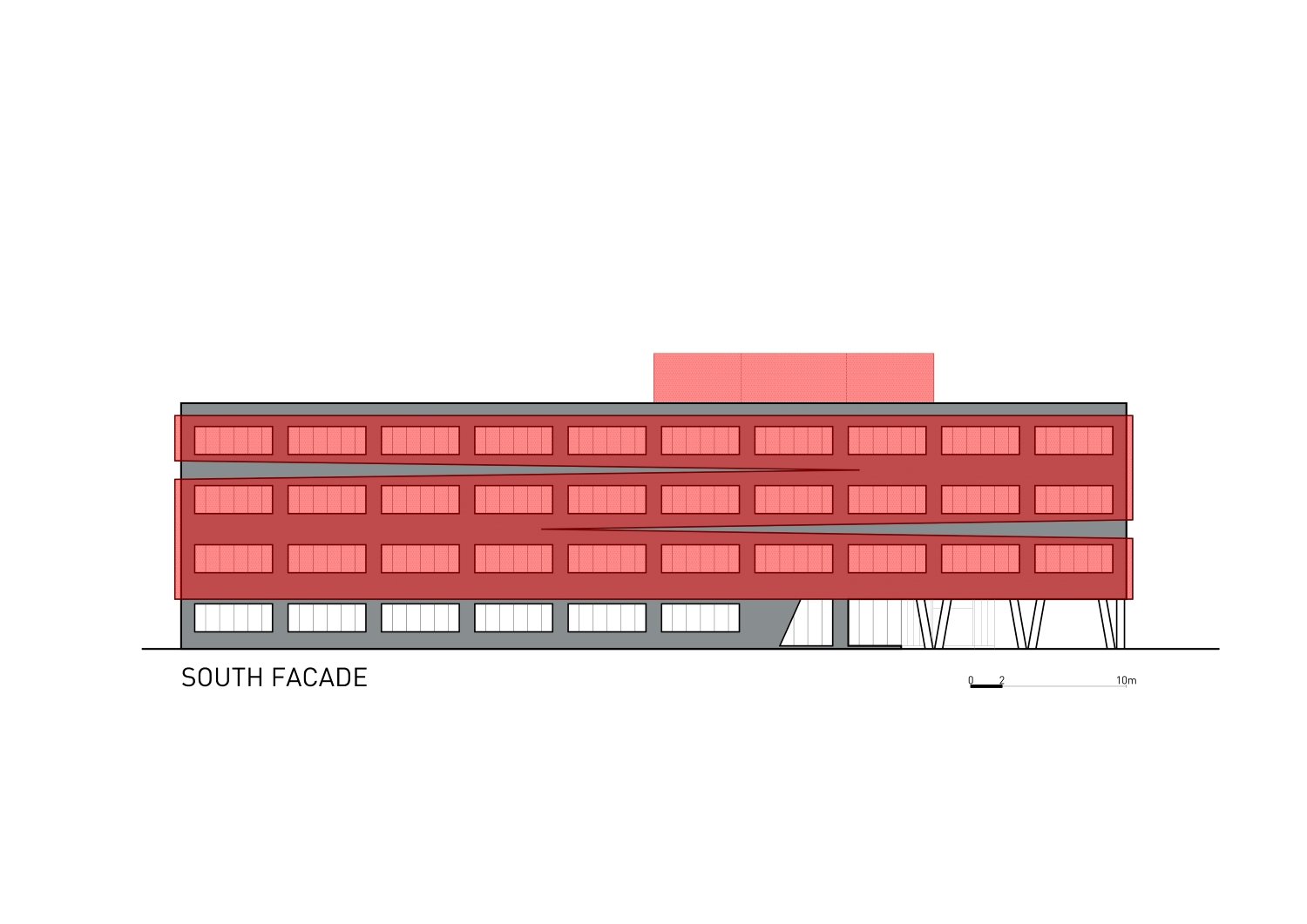 Our projects have been exhibited and presented to both, domestic and international exhibitions and magazines, result of which is the first prize awarded ten times in different architectural competitions. Numerous students and architects visit our realizations for professional training and study of contemporary architecture.