a new volume is added to the antique XVII century villa overlooking garda lake, in the north of Italy, immediately showing two contrasting and complementary elements: the first one, a 3-floor stone house, the second, a dyed concrete canopy.
the extension is carefully inserted by using two different strategies: it is distanced from existing buildings with the use of interstitial spaces while, at the same time, it gives continuity to pre-existing elements, such as the rough exterior plaster from the old house, which is used also indoors, and reinterpreted in the black dyed concrete elements using new materials and construction technologies. new windows, shutters and frames are all finished in similar dark hues to improve the visual exchange and coherence between both parts of the project.
another important relationship between old and new is the one established between the extension and the existing garden. large vertical sliding windows provide the space under the new canopy with two different characters: one of complete openness and other of a closed, safe environment.
the elements shaping the new spaces disappear in the ground, transforming a closed room into a covered space in direct contact with the old lemon orchard, a place under the shadow. when open, the extension becomes a part of the garden, a large exterior space surrounded only by an old dry stone wall. an integration between existing, new and nature.
two 3meter-high L-shaped vertical sliding windows measuring 2,7m x 5,3m and 5,6m x 2,0m feature double-pane glass panels mounted on bronze frames, and weight around 3200 kg each. these moving elements are controlled by an automated system and descend completely in an underground cavity, which also houses the 1,1KW electric engine powering the entire roller chain and spur mechanism.
the facades of the extension are aligned considering existing elements in the site: in the area touching the old house, transparent sliding elements are placed parallel and perpendicular to the old facade, whereas in the section closer to the lemon orchard these elements were aligned parallel and perpendicular to the antique stone wall.
a new internal staircase built in concrete and wood links all the levels of the house. A second stair is inserted in the interstitial space between the old wall and the extension in order to connect the garden with the roof terrace located above the extension. 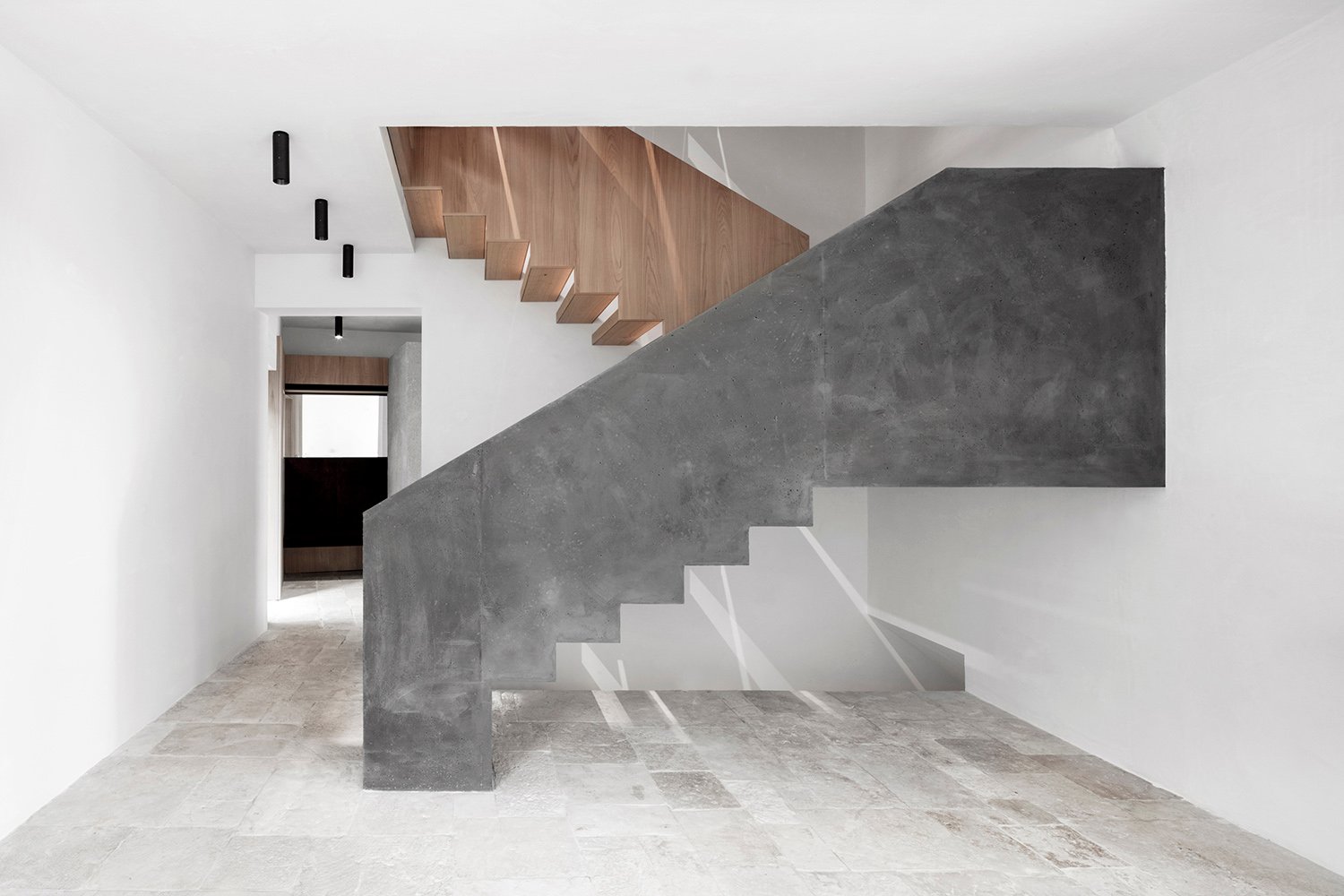 michaela wolf arch
1979 born in meran studies architecture of the “leopold franzens universität” in innsbruck, the architectural assocation in london and the “politecnico di milano”. since 2017 professor of “entwurf und raum” at the university of rosenheim