The Cube - a Green Tower in Chicago In order to avoid the “Urban heat island effect”, the project is based on the massive use of the plants and their benefits to the environment and to the mental and physiological of human being.
The green roof, the green balconies and the urban farms are the three key words of The Cube.

2. The second relevant aspect of The Cube are the green balconies. The plant are put in special pots - with a depth of 110 cm and a constant height of 110 cm- which are placed the peripherical edges of all balconies. The green balconies host different plant species: trees, shrubs and different kinds of perennials. Several species of birds can nest on the trees and brushes, and different insect populations can fight plants pests without using pesticides. In another way, the green balconies are the tool which guaranties the protection from the direct radiation, the transformation of the carbon dioxide into oxygen, the release of the humidity, the reduction of the acoustic pollution, the capture small dust particles and the protection from the wind.


3. The urban farms are the third key aspect of the building. In order to create a green facade at the north side of The Cube and to protect the plants by the cool winds and by the smaller contribution of the sun light, they were designed green houses for every residential floor. The urban farms have the social aspect of creating vegetable gardens for every family, which harvest local natural products. The urban farms are also a way which people take care and socialize each others surrounding from the nature. The typical kinds of vegetation are smaller than the outdoor ones, in particular fruit trees have a trunk from 100 to 150 cm and so it is possible to have a green house for every residential floor.

From these three criteria, it has been designed The Cube, which has a footprint about 2600 sq.m and more of 8.500 sq.m for the park. The building is the vertical continuation of the park and for this reason, terraces, green balconies and the green roof are not other than a view to the park: there is a continuous dialogue one to each other.

Four small lakes have been thought to reduce the accumulation of the summer heath and they are like a tribute to the city of Chicago and the Lake Michigan.
Therefore the park is an area to live every hour of the day to jogging, walking to tree lined roads or relaxing from the chaos of the city.

The building follows the square shapes of the other towers of Chicago, and it is only a clipped cube, designed to create a spiral of wide terraces with plants and wooden floors, which link the green balconies. The terraces are not only the steps of a stair with which the park goes upstairs to the sky.

The light is an another important aspect of the project and it is given by a continuous dialogue between the glass facade and the green surfaces. The skylight well lets natural light in and the recycle of unpolluted air. It is the tool to light “the indoor Zen gardens”, the halls of the residential and the middle of the shopping centre. Therefore the glasses of the dome, at the fourth floor, can be opened with a mechanical system and it guaranties a natural recycle of the unpolluted air, reducing the contribute of others expensive systems.

Finally The Cube is a living ecosystem because it lets the coexistence of human, vegetation and animals. The goal of the project is to demonstrate the importance of the plants for the nearly future cities like safety tools of the environment, because “GREEN IS MORE !” 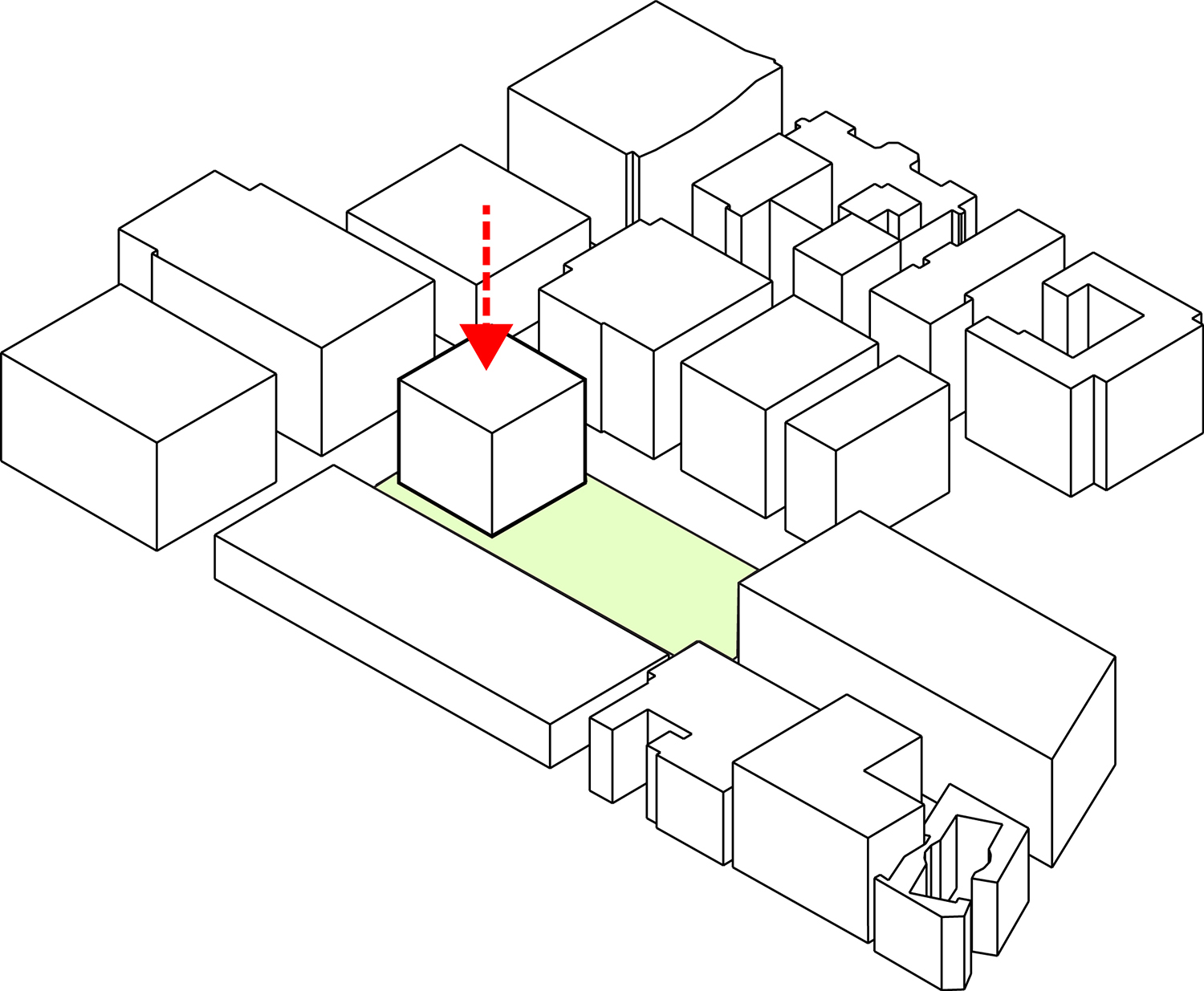 Guglielmo Barberi (1991, Turin) graduated in a master degree in Building Engineering (Polytechnic of Turin) in Italy. He is working as a Bim modeler in a engineering company in Turin.
He previously worked for Miroglio S.p.A (Alba, Italy) as architectural visualizer and space planner and he worked as apprentice on the design of retail parks during the university period.
In addition to his studies he is passionated about modeling and architectural visualization, for this reason he attended several workshops to improve his skills.