ČIURLIONIS Concert Centre will be the pioneer of the Kaunas cultural network on the southern bank. The proposed design besides being the cultural center, also claims to be an urban meeting point. Incorporating the pedestrian bridge to itself, the design acts as a connection node, completing the cultural loop of the city.
Most striking characteristic of the site, is the unique relationship between land and water. The ever-changing contour line of the Nemunas, the beautiful texture of the foliage, how the site transforms from evergreen, to a snowy field, from wetlands to the river itself, is worth conserving.
With intention of preserving the existing fauna as much as possible, the building sits on the most compact footprint. A perfect square, that rests on a triangular pedestal at the intersection of two urban axes that connect existing bridge with the proposed one. The pedestal is situated as far back as possible from the river, leaving most of the existing landscape untouched.
The forementioned axes meet within the building to form the main atrium that sits in between the three blocks, acting as the centerpiece of the public space organization. It is aimed to be an extention of the public square, the park and the city. The main foyer extends to the upper levels of the building reaching various public meeting points that extend to the halls. Atrium also used as an exhibition space with its rich daylight capacity, and as a performance space with the audiance watching from the balconies above.
Urban axes divide the compact mass into three blocks. larger of the three, contains main hall, backstage and office functions. The second block contains the secondary hall, convention and primary foyer functions. The smallest, which tapers upwards is the public block and contains the foyer, restaurant and terrace.
Riverside walkway and bridge meet under tapering block, creating a covered open public area which is directly connected with both foyer and descending amphitheater. These areas used throughout the year as open public spaces, even when halls are not in use.
The buildings exterior shell is mostly solid, except for strategic spots where it opens up to views of Kaunas with windows, terraces or balconies wherever people are gathered to enjoy a social function. Its materiality, texture and form, is a nod to both graphic and musical works of Ciurlionis, who successfully captured the essence of Lithuanian landscape, primarily the vertical rhythm of trees and the calmness of flowing water.
The three storey main hall design uses the typical shoebox layout, with slightly curved rows that enhance the sociological aspect of music listening. When the proscenium is opened the hall becomes a single space, ideal for orchestral music. There are two sidestages, a backstage that can be lowered down to the loading bay, and an orchestra pit that can be raised for additional seating capacity. The hall is surrounded by technical and translation rooms. Backstage space joins back of house to main hall and second hall above as f&b functions, and offices. 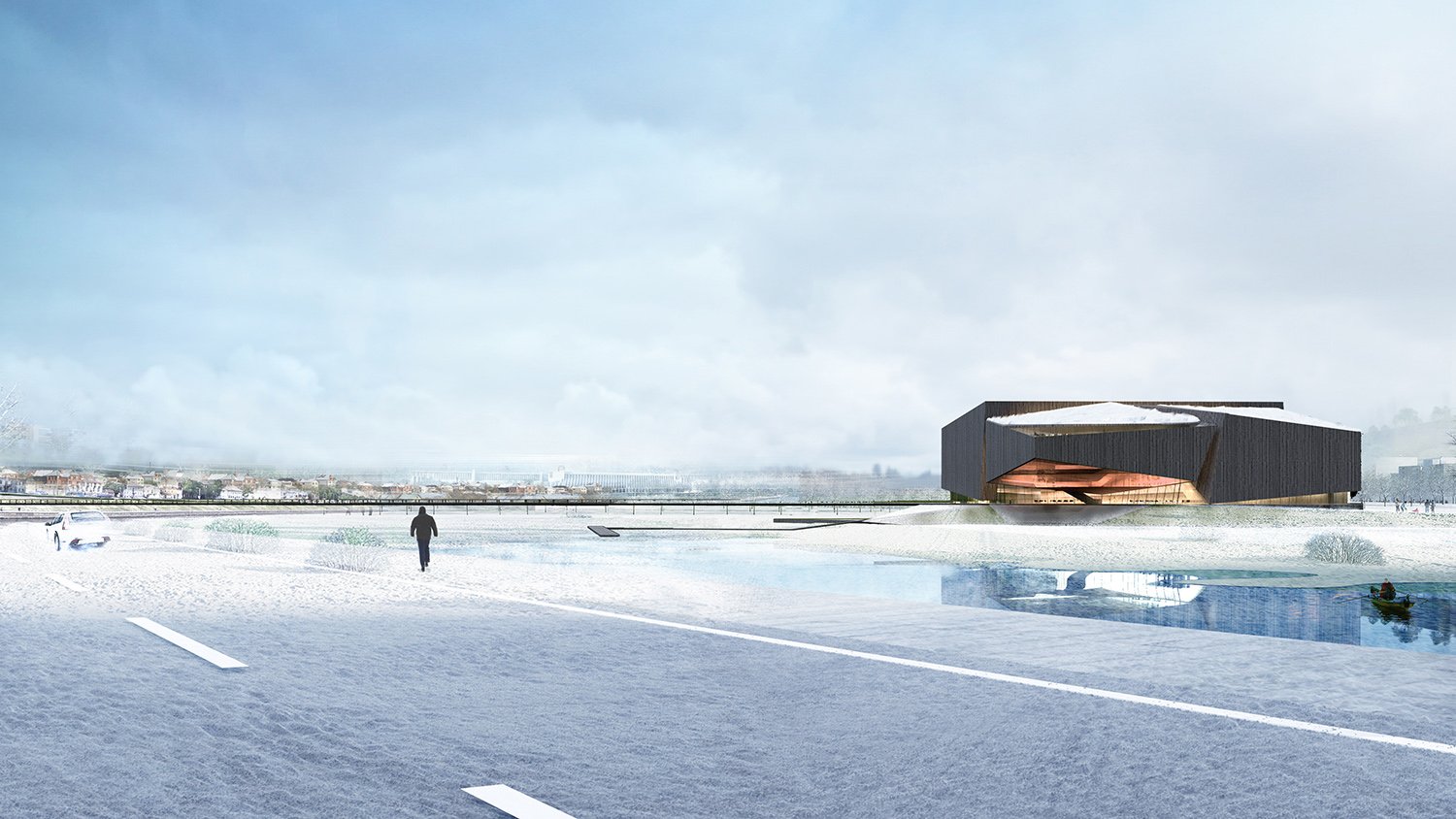 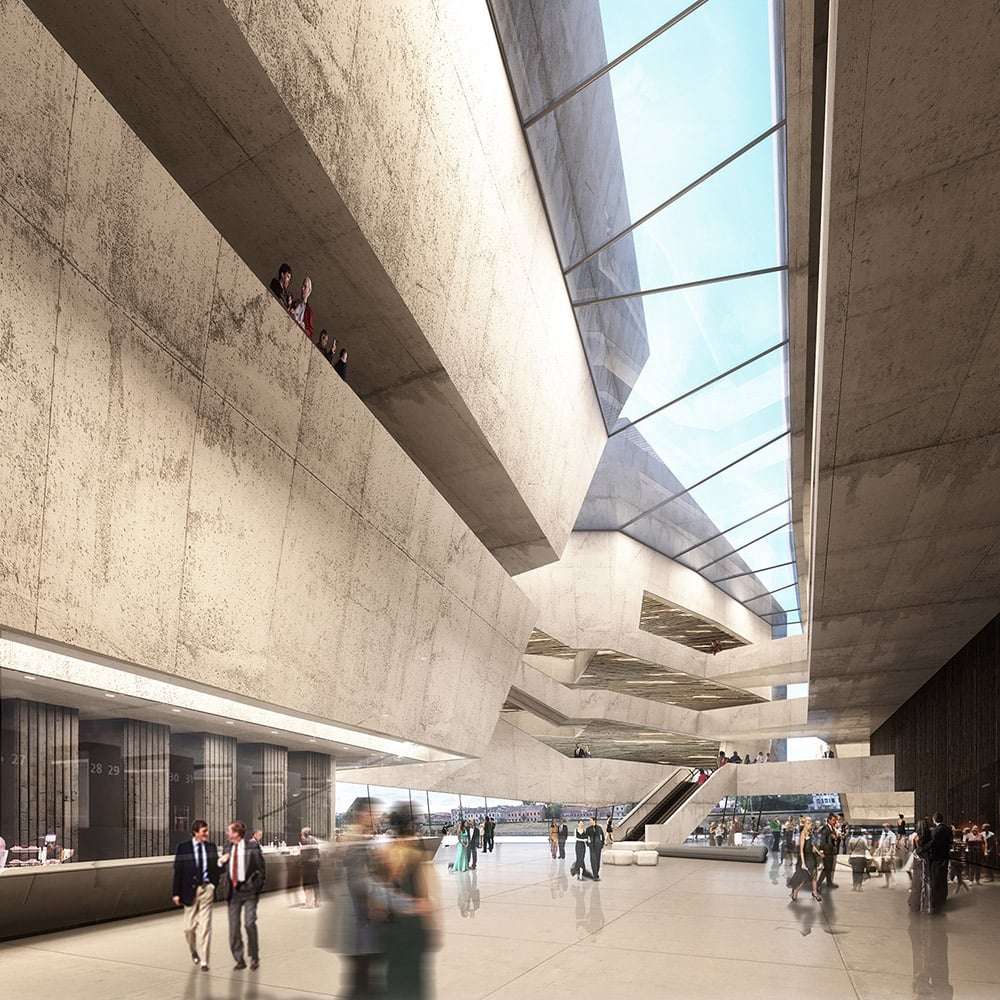 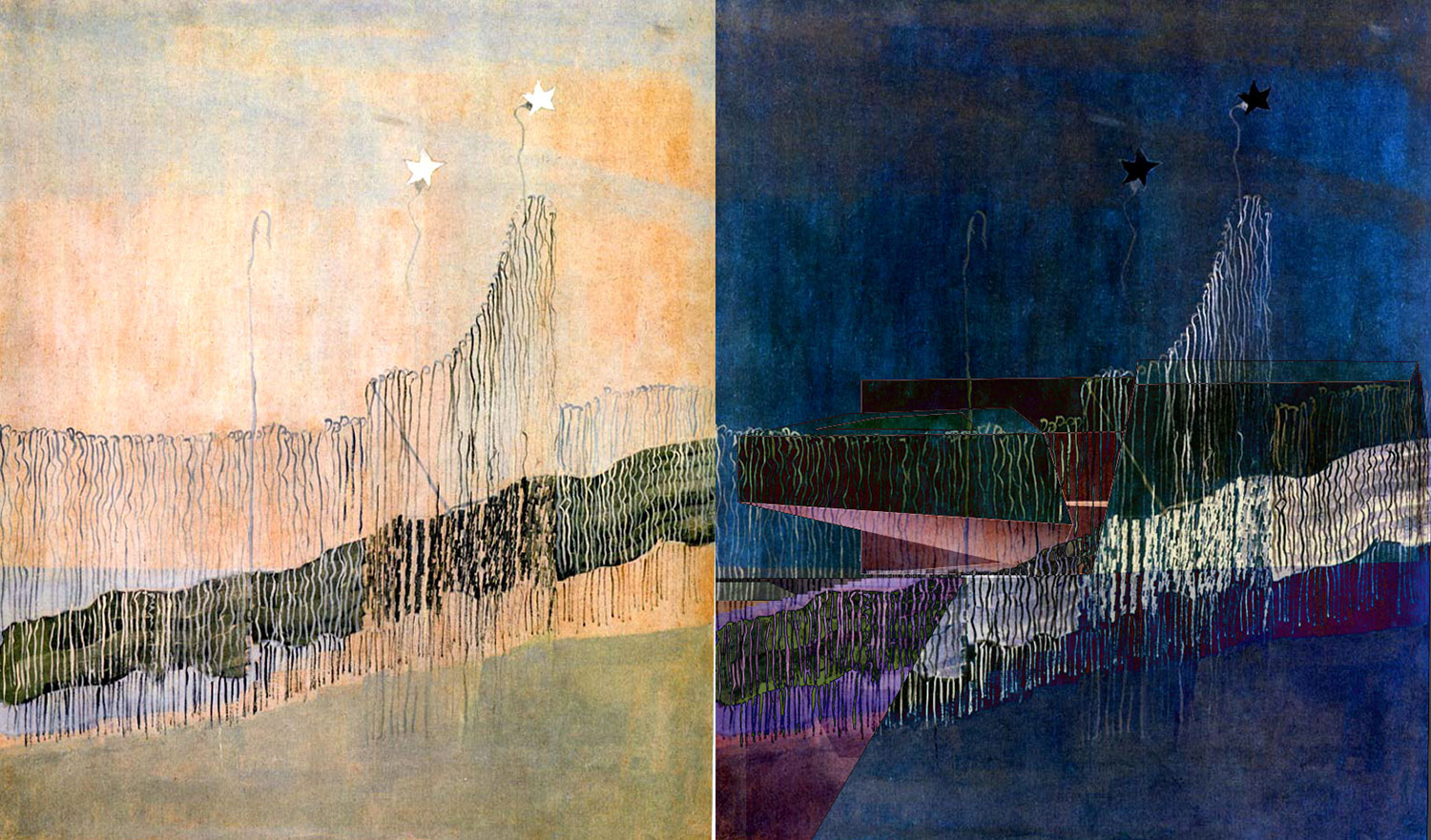 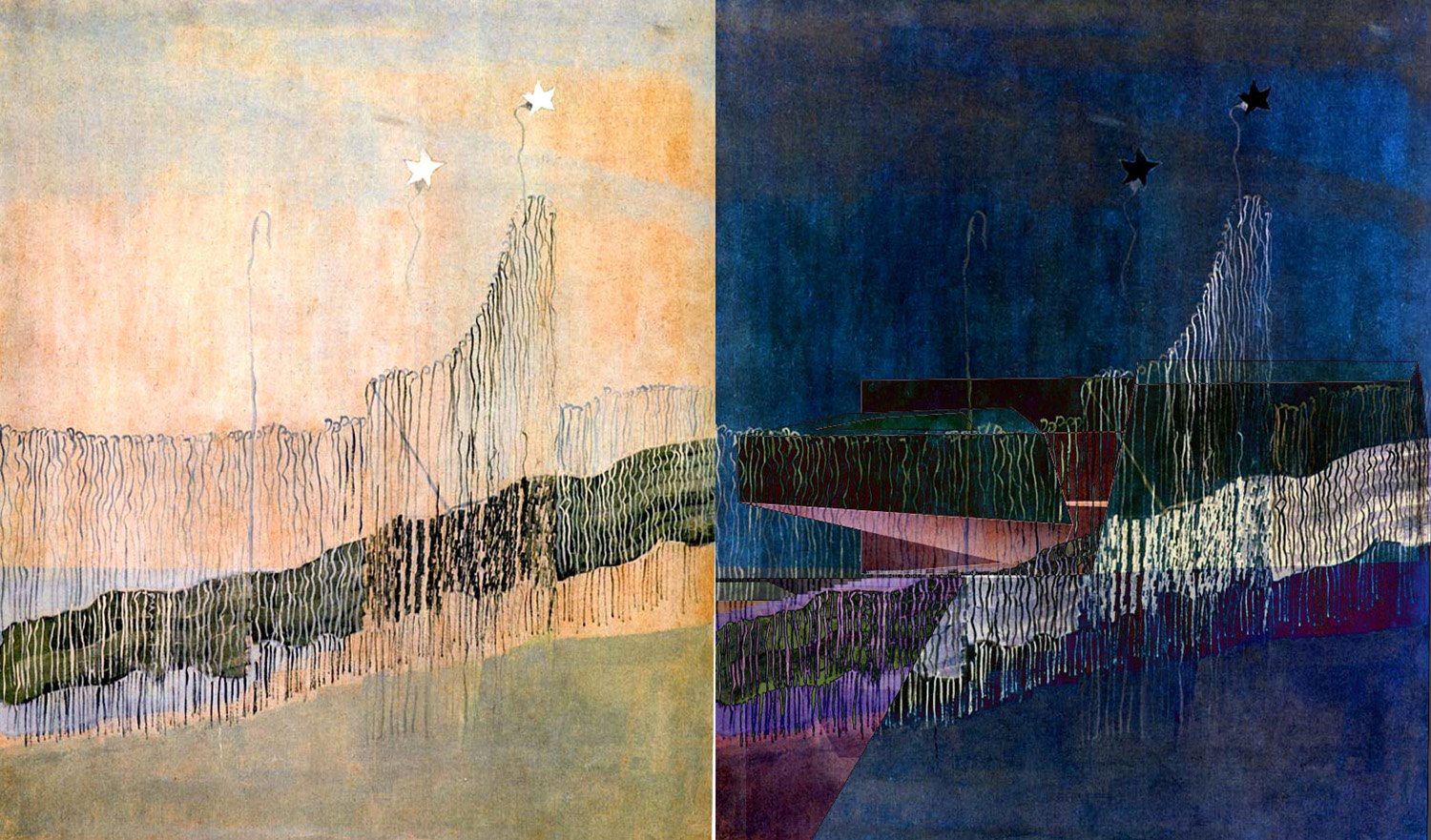 With its long family tradition since 1950’s, spanning over six decades, Tabanlıoğlu Architects is established in 1990 by Murat Tabanlıoğlu (RIBA, Chartered Member, Int'l. Assoc. AIA,) and Dr. Hayati Tabanlıoğlu. Melkan Gürsel (AIA Int.) joined the group as a partner in 1995. Istanbul-based architectural firm demonstrates a professionalism based on rigor and know-how, and searching for new efficiencies in terms of global and environmental needs and developments, the practice is currently engaged in major assignments worldwide, having offices in Dubai, Doha, London and New York with 200 employees. Operating mainly in Turkey, MENASA and CIS Countries, winner of international awards like RIBA International, Tabanlıoğlu works comprise wide range of building types. Respecting resources and existing values, office aims high to benefit new technologies, envisioning needs of people of our era of novelties and rapid changes.