A municipality of 10,000 inhabitants in the sector 3 of Marne-la-Vallée, Montévrain gravitates around Mickey Mouse and the Disneyland Paris theme park, according to the orbit defined by the line of the perfect circle formed by departmental route 344. Taking advantage of both the proximity of the theme park and the of the Val d’Europe shopping mall, the neighborhood served by the Louis de Vion school complex has been experiencing spectacular growth despite its distance from the center of the municipality. None of the apartment buildings bordering this institution was built when studies for it began.
The school is a particularly important place for young children: a place of learning, but also of socialization, more or less a second home where young children must be able to feel safe, make this world their own and begin developing their independence. For the neighborhood, the school is of course a facility, but also a familiar, reassuring presence, a discreet link with the Republic, and a melting pot. Louis de Vion welcomes 500 students in nursery and primary schools, includes a leisure center that opens to the outdoors, as part of the logic of sharing and optimization of the premises when they are unoccupied during extended vacation periods, weekends and evenings.

In 21st-century metropolises, there are still areas of virgin territory in the process of being urbanized. The site chosen for the school was at the time of the competition still a vacant lot bordered by vast agricultural zones, a textbook example of the famous caricature everyone thought was far behind us of “sugar beet fields” with their new towns and housing complexes springing up during the thirty-year post-war economic boom. In a context of still blurry outlines, the building is finding its place, organized to form almost a miniature town, a school hamlet. It is located along a pedestrian alleyway, by forming a continuous built front, but which is fragmented into several volumes, providing access to different parts of the program: the primary school, the leisure center, and the custodians housing unit. This breaking up of the built area also meets the requirements of the PLU, i.e., to be aligned with the long wide-stretched arc, following a homothetic curve in relation to the departmental route 344. This street, it is said, traces a bit of Mickey Mouse’s ear. On the primary school part, the building is endowed with transparencies, providing views onto the courtyard and the city, and a parking garage are included in the program, treated i way that integrates them as well as possible with the whole. A hub (noue?) and a landscaped feature ensure the soft transition between the students’ playground and the parking area. Contrary to the openness of this part, the nursery school is organized around a patio, which defines a stable world, deliberately closed to the exterior, and forgetting the surrounding town. The activity center and the dining areas form a large transversal hub connecting these two different age levels of school children.

Though school architecture was codified under the administration of Jules Ferry or, closer to us, through the industrialization of “models” proposed by the ministry of education, henceforth it no longer follows fixed rules, having entered an era of modern eclecticism. Relying on the contrast between the large, smooth, white concrete surfaces and the volumes made of textured gray-stained wood designed according to a relief diamond motif, the architectural style of Louis de Vion is perhaps disconcerting for some, just as its rare openings toward the outside, like open work of moucharabiehs cut out of the concrete walls replicating this same diamond motif. Easily identified thanks to their vaulted ceilings, the entry halls of the two schools do not resemble the customary solemn entrances to the temples of education. They are more like troglodyte homes, the vernacular, from elsewhere, the possibility of a Greek island or a school field trip. The walls of the classrooms inside the building are raw concrete, a closeness to the material which is tempered by the presence of a patio, a microcosm inside a larger world, the one of the school, or the city, which can be seen through the diamond cutouts. Light, filtered by the moucharabiehs, broken by wood awnings, colored through the large skylights in the school dining areas, penetrating through the fracture bearing the footbridge that links the primary school with the activity center, reaches into the furthest corners of the building. The roof, visible from the zones on the second level of the school complex, recreates a prairie, reconnecting, in a way with the land of the original site. Protruding technical elements are hidden in volumes clad in wood. The same pre-patinated wood cladding was utilized on all the wooden parts. Wherever possible, part of the volume of these protrusions has been reassigned to the students, as with the dormitories for example, or the doubling of the ceiling height, challenging them with new spatial experiences.

Near the entrance for the nursery schoolers or for the primary schoolers, a tricolor flag, required accessory of every public school, underscores with humor the cementing role played by the Republic. Once inside, children emerge from the family cocoon to enter into another world. Far from adulterated dream worlds on sale just a few hundred meters away, they enter another non standardized world, with shimmering reflections, rustling echoes, and oddities; a world blending the unexpected and zooming on the surprising, in an imaginary wilderness and the stimulating surroundings of the metropolis. It offers a way of learning to be curious through architecture, a first encounter with the mysteries of the wider world. 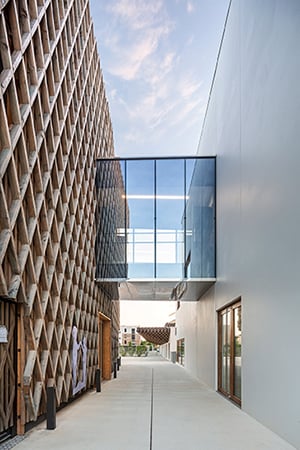 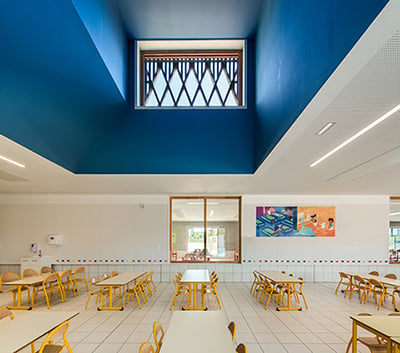 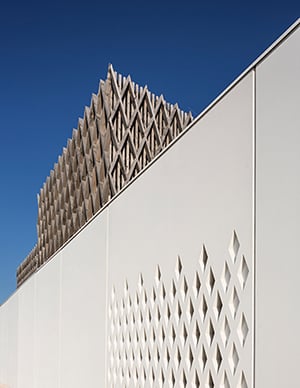 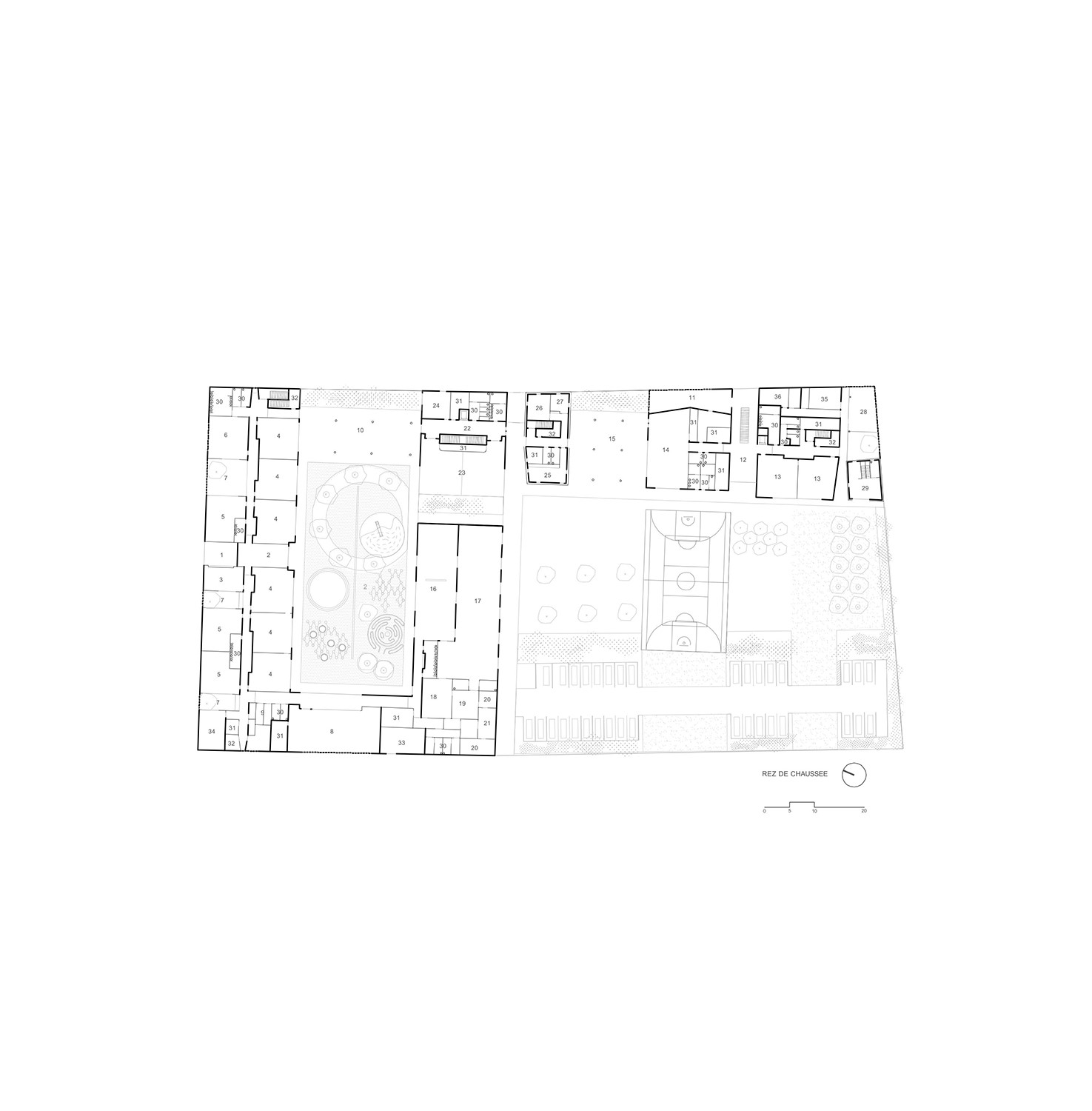 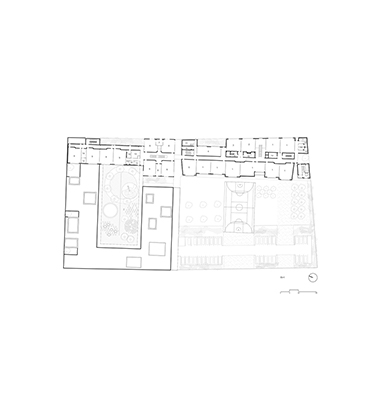 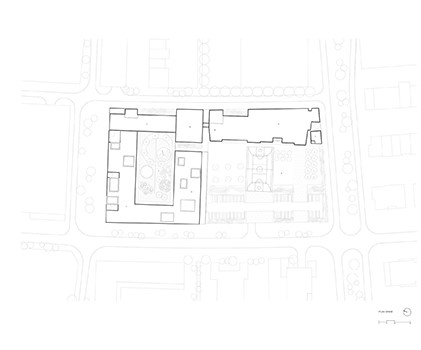 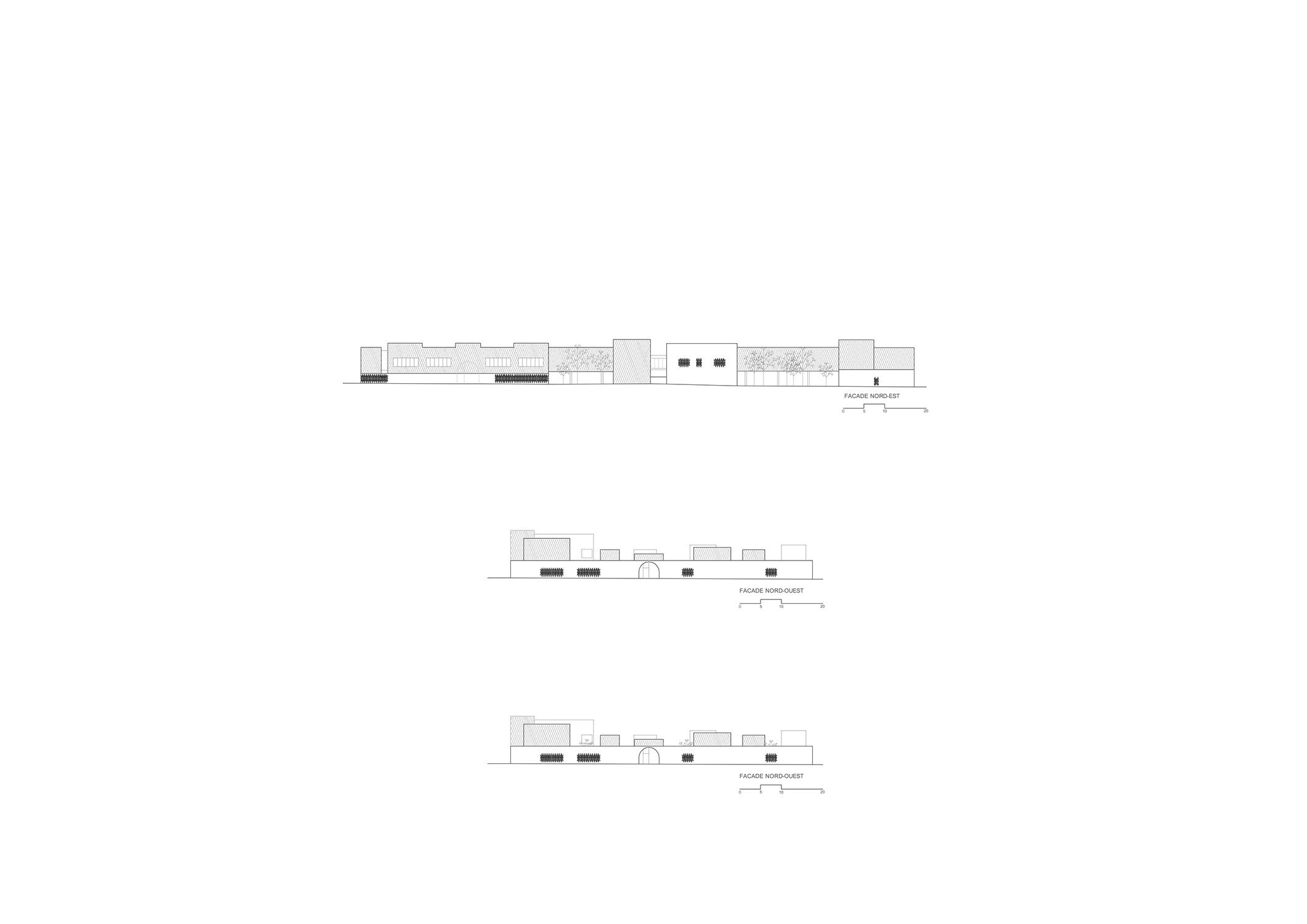 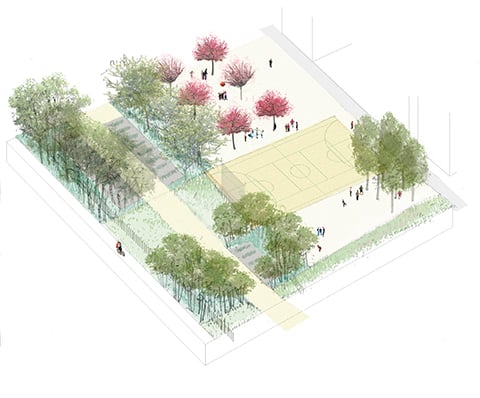 Vincent Parreira is a French-Portuguese architect born in Paris in 1969. He founded his studio AAVP ARCHITECTURE in Paris in 2000. His ambition is to create projects that are brimming with sentiment and engage as much as possible with their context. He won a mention at the 2011 Equerre d’Argent award for the municipal school complex in Saint-Denis (93), was nominated for the same award in 2012 with ATOLL, a retail eco-park in Angers (49). Vincent Parreira also designed sixty-nine social units for the city of Paris and ICF La Sablière (10th arrondissement). This project was nominated for the 2016 Equerre d’argent and won the 2017 ArchiDesignClub Awards in the mixed-use category. He has recently won a contest for a hotel and a conference center, in the EuropaCity Square, in Garges-les-Gonesse in France. He also won the international contest of "Inventons la Métropole du Grand Paris", with the project Talents Maker Lab, which is a huge mixed-use program.