The brief was to redevelop the logistics yard in the interior of a city block that is occupied in its entirety by a major financial institution. The intervention both merges and at the same time demarcates the pedestrian space and the vehicle area.

The courtyard is defined by buildings of different periods, which enclose the city block, and the extensions of these into this central space, so that the yard is a sequence of rather long, narrow open-air spaces.

The intervention defines a single plane of paving, thus eradicating the physical boundary between the area for vehicles and the pedestrian space while establishing a soft demarcation between them that is impassable for vehicles but permeable for pedestrians.
The basic materiality is unitary and simple – a single continuous physical substance, asphalt – and identity is transmitted by the application of a conceptual compositional motif which also defines the uses of the space, while the bands of granite, the same material as the socles through which the building contacts the ground, are engraved with graphic motifs.

The bands of granite bestow signification on two scales, both abstract and poetic, invoking the function of the institution to which the space belongs, and its history. The signifying element here is paper money as manifestation of the virtual, symbolic value of money, with no direct equivalence in the value of the object that represents it.

Paper currency – the banknote – has certain common characteristics all over the world: rules of graphic composition, image application, watermarking and so on, which derive from the need to make it difficult to copy. These characteristics can be embodied in the materiality of the paper and in the composition of images through the drawing of lines. Their different thicknesses and directions mean that in close proximity these lines are clearly perceived as such while from a certain distance they are dissolved in another reading of applied images and textures. The composition of the paving generates a motif that refers to this graphic system.

At the same time the graphic patterns engraved on these bands of stone bear witness to the history of the institution, reflected in the phases of construction of the buildings that house it (1882-1891, 1927-1934 and 1969-1975). Three graphic patterns, three distinctly different styles, extracted and reinterpreted from the banknotes of the three genealogical moments of its construction, are applied to the bands located in each historical area.

The application of this composition and these graphic patterns makes the logistics yard a truly genuine, particular space, over and above its functional and aesthetic value. 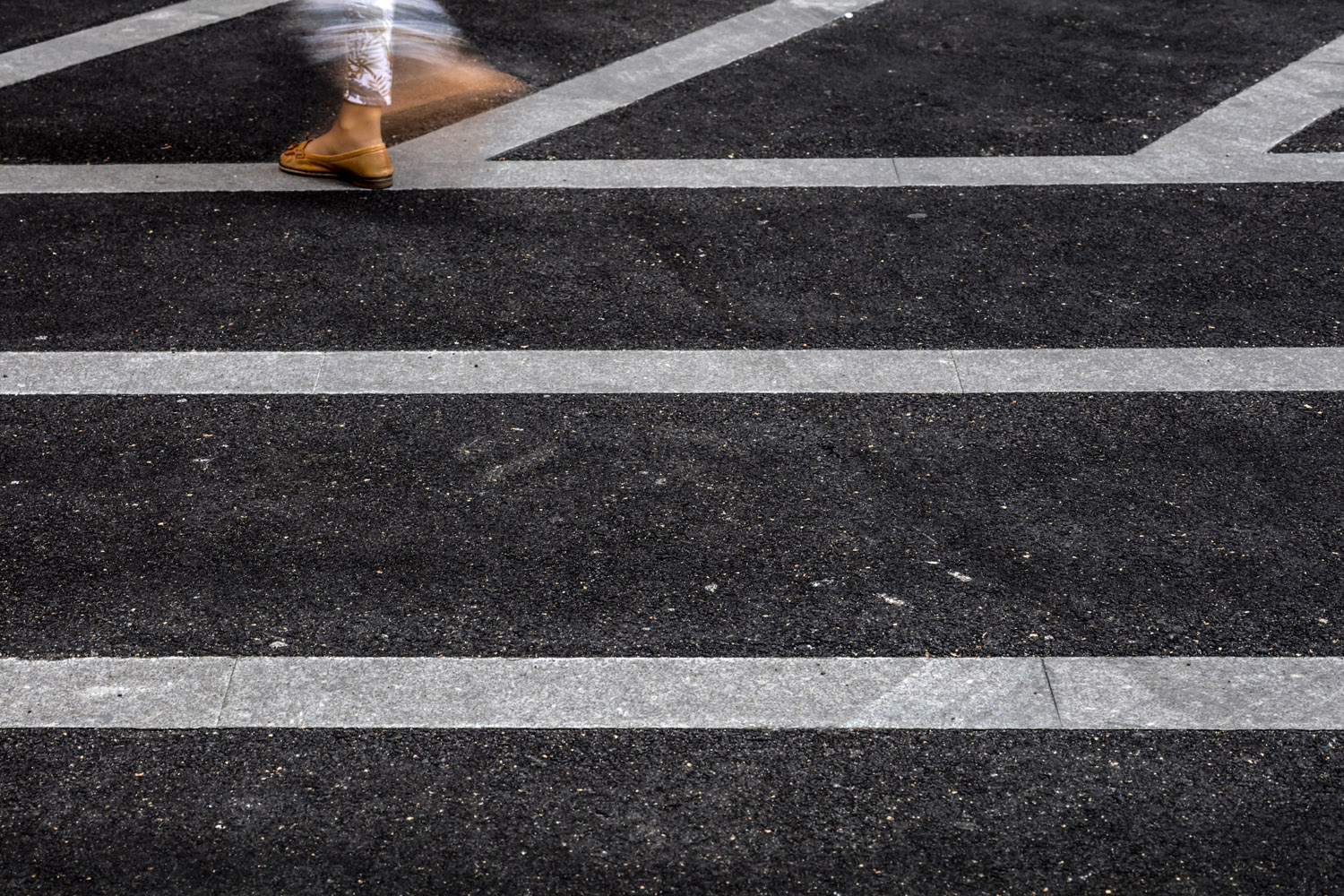 Virai Arquitectos is an architectural design firm based in Madrid. Founded in 1998 it is led by Juan Manuel Herranz and Marta Parra Casado, both graduated from ETSAM in 1999. They have given lectures and run architectural workshops in different universities in South America and Spain.
The practice has almost exclusively dedicated itself to architectural competitions and has been rewarded with several prizes, most of which are already built. Among these works the Civic Center in Muskiz, the Cendea de Galar Sports Complex, and the winery Bodega “La Grajera.
/////////
vora is an architecture studio located in Barcelona since 2000. It is lead by Pere Buil and Toni Riba, both graduated from ETSAB in 2000.
We work on building and urban design projects of different scales and typologies. Our built works have received several awards and have been published in architectural magazines all over the world.
We combine our professional work with teaching, curating and cultural activism.