The 2017 laureates of the Pritzker Prize, RCR Arquitectes, collaborated with Neolith® by TheSize on the phenomenal restaurant project, ENIGMA, also dubbed ‘culinary amusement park’ by American online platform Eater. This unique collaboration that began two years ago brought together the three very different disciplines of gastronomy, architecture and technology to create an out-of-this-world restaurant experience.

The ENIGMA project started with a creative vision of the renowned Catalan chef Albert Adrià who wanted to create a ‘frozen and enigmatic’ restaurant reflecting his cuisine as well as his career. It was made reality when 2017 Pritzker Prize winners RCR Arquitectes in collaboration with architect Pau Llimona drew their design idea in watercolours and decided to bring it to life with the help of Neolith by TheSize, resulting in the customised RCR Watercolour décor.
Having worked on his design proposal for three years, Adrià wanted to ensure the perfect outcome for his passion project. Well-known for his experimental cuisine and surprising menus, the chef wanted to create an immersive environment to captivate his guests. The chef’s style of cooking and menu is heavily influenced by the surroundings, hence, the interior had to reflect that.

RCR drew a watercolour painting in the size of two A3 papers with the intention of transferring it onto the surfaces throughout the restaurant, including the floors, walls, bathrooms, kitchen worktops, cabinetry and air extraction systems. However, a watercolour design has not been done on Sintered Stone before, thus posing an unprecedented challenge. The original design had to be expanded, all the while trying not to lose the quality of definition offered by the original drawing. Each pixel was equal to two meters of the final slab.

Neolith developed the technology to re-create the design on slabs, producing a perfect replica of the drawing. Then, an exact colour match was sourced, as the required green and blue tones are unusual hues for sintered surfaces. The intensity of the colours had to fit in with other materials and decorations throughout the restaurant in order achieve a unified, immersive environment. Using Neolith’s proprietary digital printing decoration technology NDD, the architect’s design brief was fully met.

The architects also required every slab to be of uneven texture such as Neolith’s Riverwashed, but with a subtle shine to provide a surface that is multisensory - interesting to the eye and inviting to touch.

The floor presented the biggest challenge because of its sheer size, approximately 680sqm. Each slab is unique and had to be precisely put together in order to deliver a continuous design. RCR Arquitectes/P. Llimona designed an organic space full of curves and narrow aisles and required the slabs to be cut down into six smaller pieces, the smallest being only 3 cm wide. This required absolute precision on Neolith’s side to guarantee the uniformity of the watercolour design.

The only way of getting a full picture of the puzzle-like design required some creative problem-solving and a change of perspective. Neolith initially installed the entire floor off-site and used a drone to take images from above, thus ensuring that there were no inconsistencies.
Taking inspiration from a map, a coordinate system was put into place, uniquely labelling every single slab to know its exact position in the project. This way, the installers on location were able to piece the interior together like a puzzle.

Albert Adrià, RCR Arquitectes and Neolith are all award winners within their respective industries. Together they created a project that is truly spectacular in terms of design, material quality, as well as the atmosphere and the cuisine. ENIGMA truly is full of surprises according to the architects: “We like the idea that it is an Enigma, which is difficult to explain. It is an enveloping space that melts, disappears, almost a labyrinth. Between materiality and conformation, a whole series of organic movements is created. Shadows, transparencies, and a watery presence, nebular.” 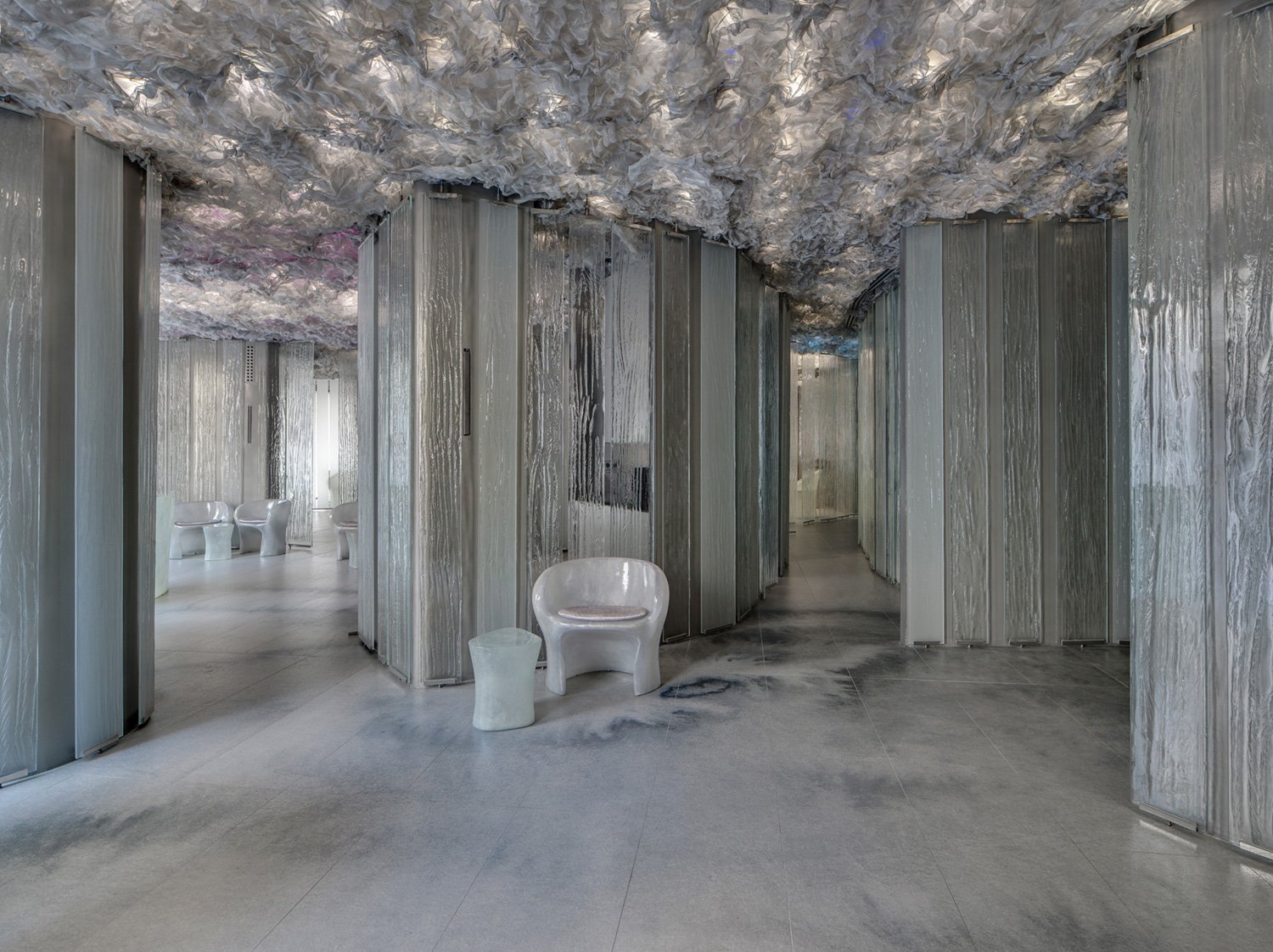 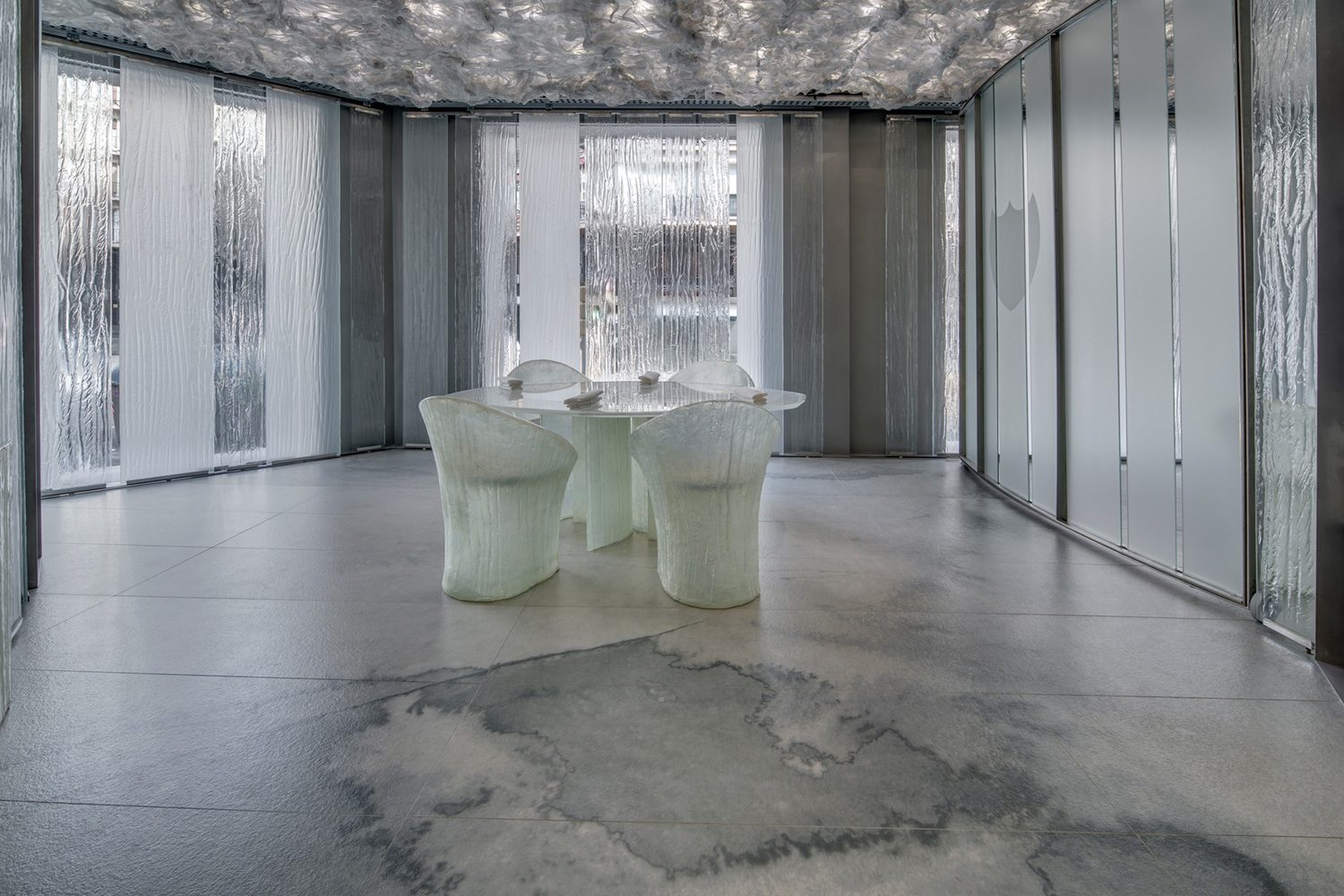 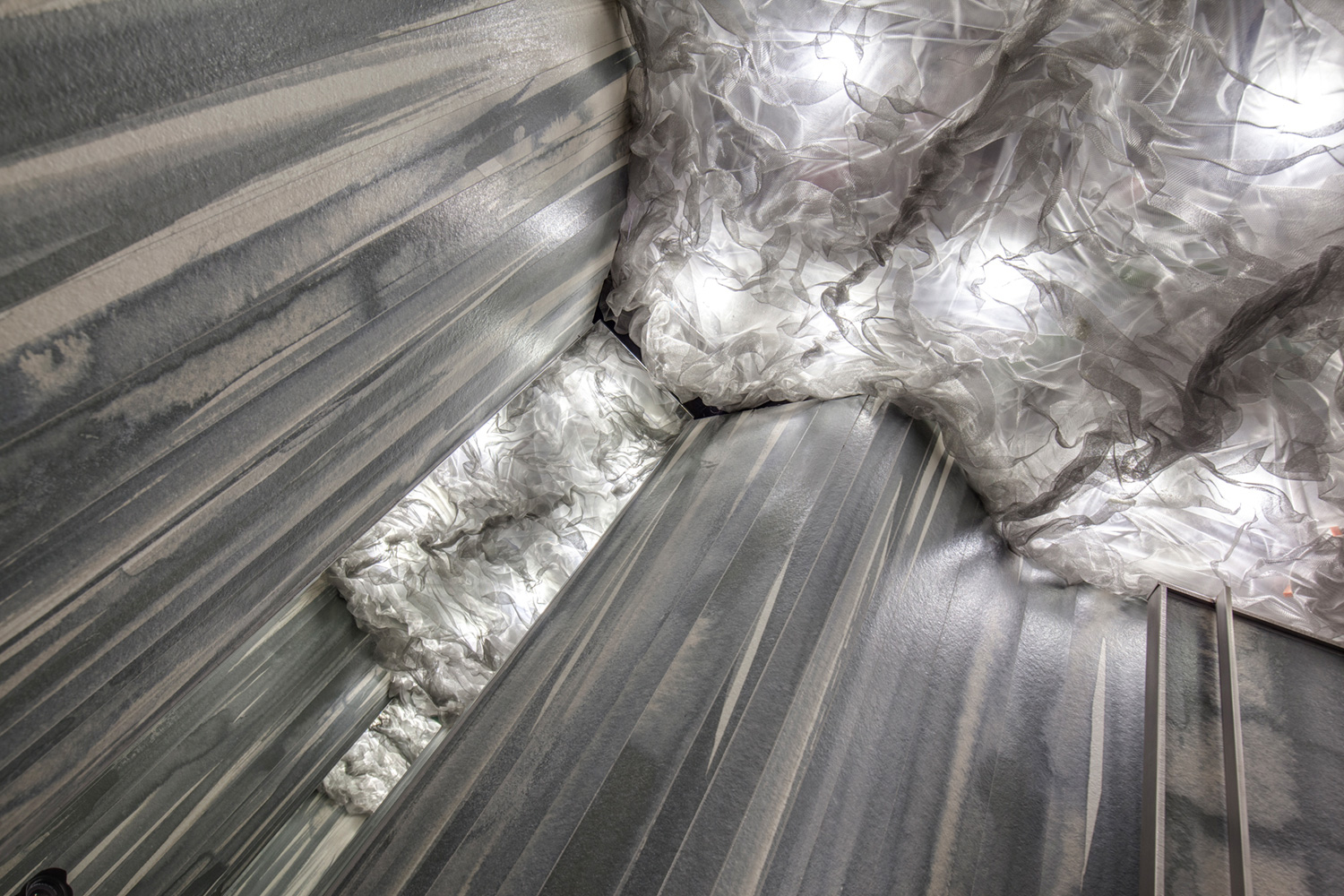 TheSize, Spanish manufacturer and designer of Sintered Stone was founded in 2009 and launched its award-winning brand Neolith® in 2011. Meaning “new stone,” Neolith combines the best natural raw materials with state-of-the-art technology to create a high-tech slab. Neolith is fabricated through the sinterization technology; this innovative process exposes minerals and raw materials to extremely high pressures and temperatures to create a slab that accurately mimics natural materials. The company’s own Digital Design (NDD) decoration technique has revolutionized Neolith patterns and is pushing the boundaries of what colours and textures are possible. Neolith RCR Watercolour is the latest example of the capabilities of NDD, having enabled the transfer of a watercolour painting onto slabs for the interior of ENIGMA Restaurant designed by this year’s Pritzker Prize winners RCR Arquitectes in collaboration with architect Pau Llimona.