The Residence Villa 3 Birken is located on a hillside in the Dolomites at the end of a residential area. The Villa, built in 1960 and renovated in the 80’s, originally consisted of a simple and low volume with a private apartment and four holiday flats. The designed extension will add six holiday apartments and further funcitional and common spaces. The facade opens through a V-shaped surface from the totally closed north facade to the south glazed facade, which is directed to the sun and the panoramic view of the Dolomites.
Since the new construction does not lean on the existing structure, but is separated by a shadow gap, the villa still enjoyes its independence. The new volume, perfectly integrated into the hillside thanks to the accessible extensive green roof with integrated terrace, is elongated and occupies the full width the plot. Through a slight rotation the new construction awerts from the existing building in order to direct the south facade to the sun and the panoramic view. The joint in the basement connects the extension with the existing building and serves as enclosed common room. The east and north façades are relatively closed because of the interior functional distribution; furthermore, the north side is designed to show the clear separation between the new and the existing building. The volume is accessible from the street side, where also the car parking is located. The six spacious holiday apartments are directed to the sun, with panoramic view of the Dolomites.

Material
The new building uses reduced colors and materials: the volume is coated with horizontal oxidized copper sheets of various width, large glazed surfaces bring the sun inside of the building, and the balconies are covered with larch wood. The larch wood is treated with a pigmented graying solution of iron sulphate, in order to diversify the north service volume. Copper and larch wood are exposed to a natural change of colour caused by the atmospheric influence of sun, rain and snow; this phenomena, in addition to the repetition of the wooden colour code of the Villa, accentuates the integration of the building in the natural enviromental.

The interior is clear, simple and functional. The furnitures are realised in birch plywood, which is oiled or dark stained so as to be similar to the copper.

It has been paid particular attention to the sustainability of the construction phases. We used measures to improve the energy performance of the building, such as doors and windows with triple glass, controlled ventilation system, heating system connected to a wooden pellets district heating plant and heat-sound insulation with wooden fiber. 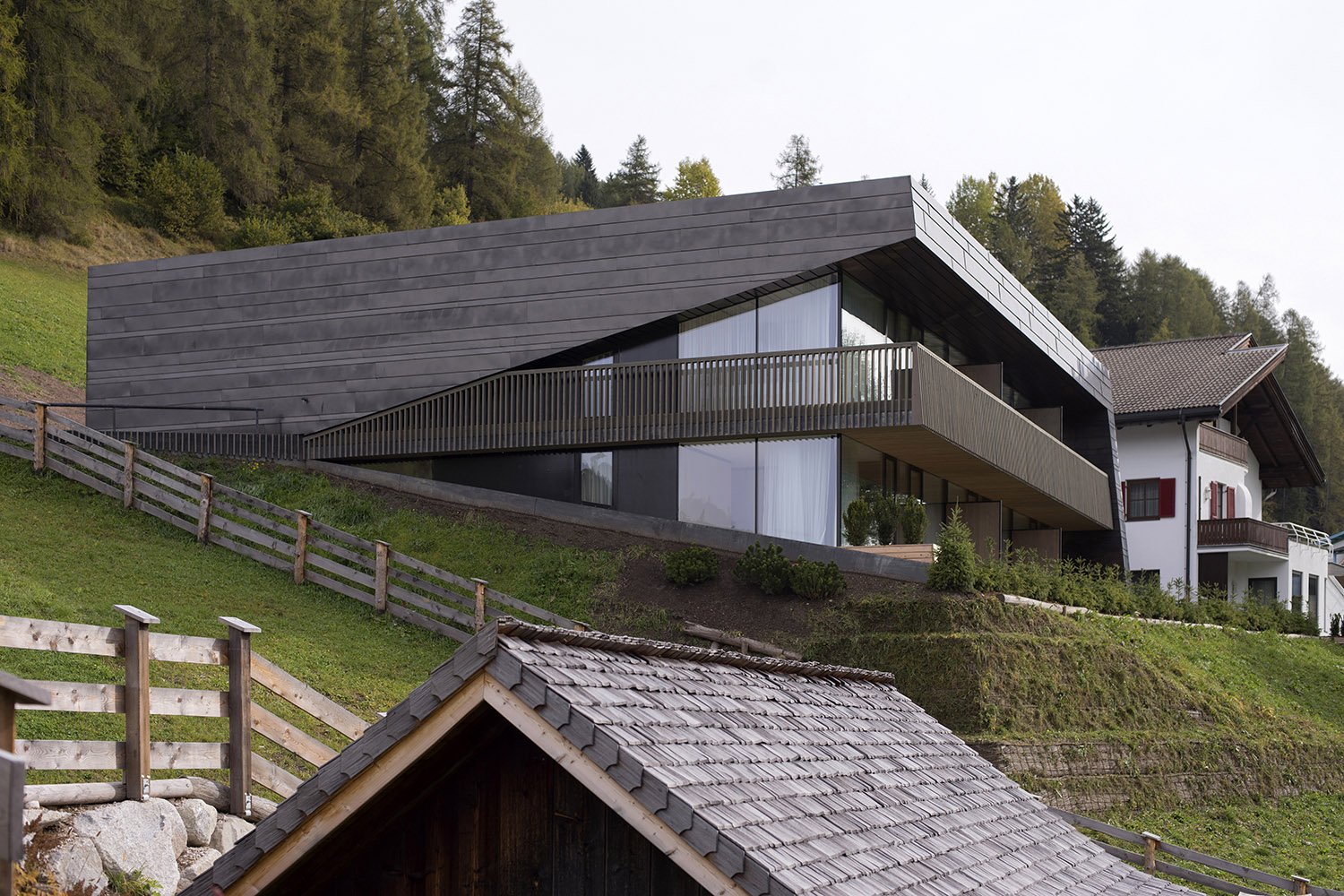 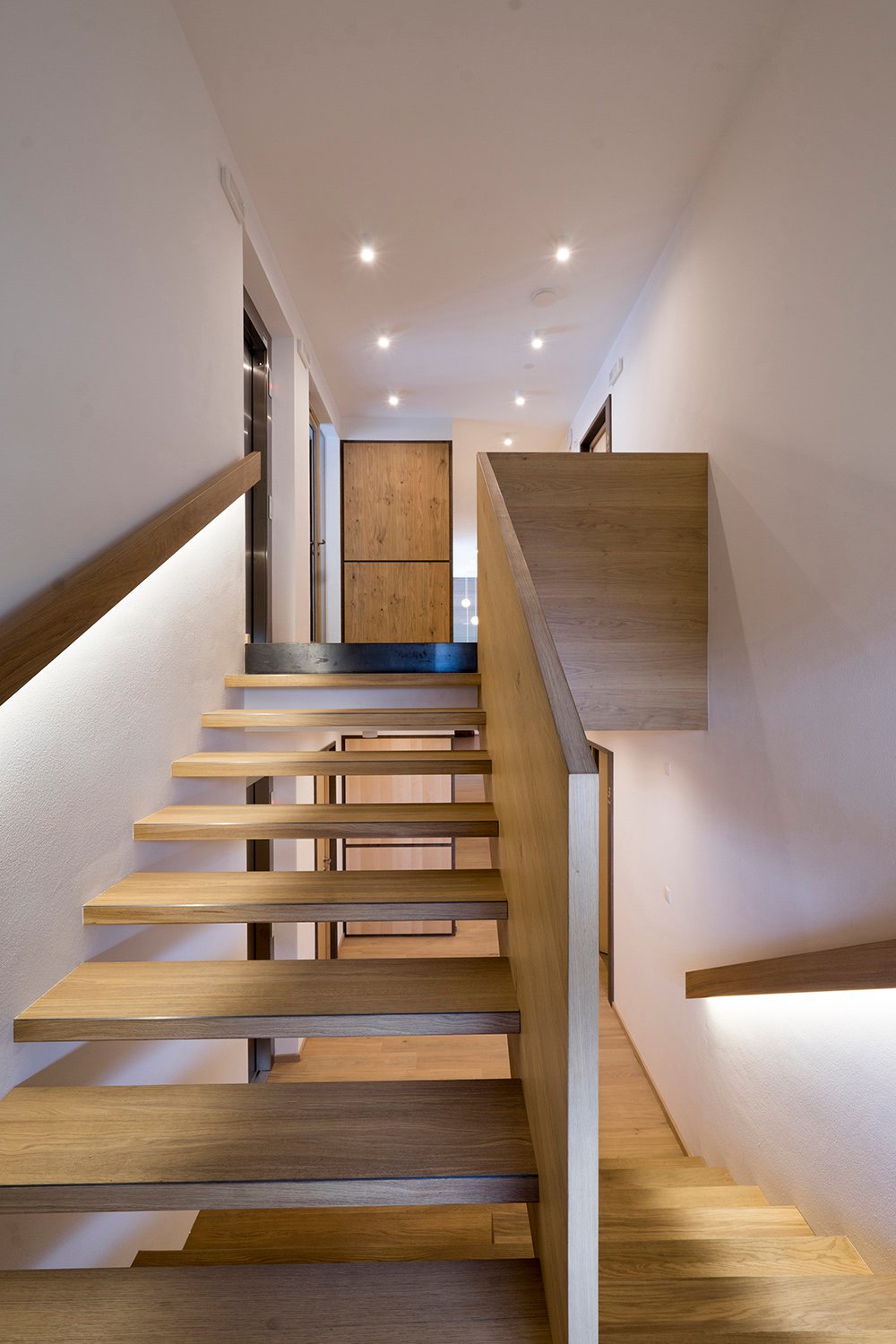 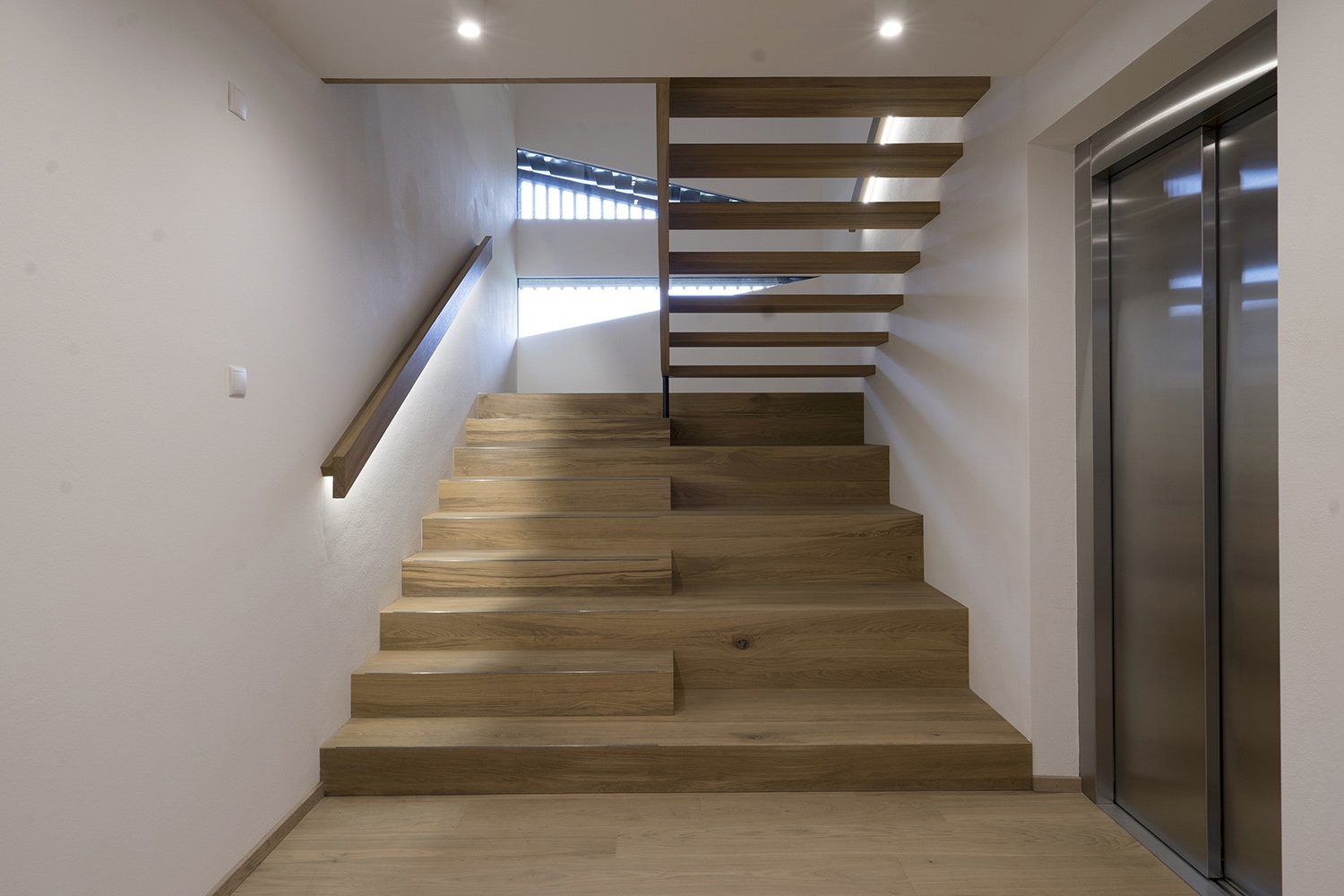 Founded in London in 1999 by Eva Castro and Holger Kehne Plasma Studio operates at the intersection of conjecture and practical application, architecture and urbanism. We gauge how architecture can perform as link between the urban and environmental systems and forces. After completing a range of innovative projects in London and the Alpine region of Northern Italy, where a partner office was established in 2003, a pronounced shift in opportunities eastwards came with winning Longgang City masterplan and Xi’an Expo in 2008, sparking the establishment of the Beijing office in 2008.
Plasma became firmly established with a wide range of projects and our work and thoughts have received critical acclaim and were published and exhibited widely- internationally and in China: Plasma had features in UED, Domus China, Arch Manual among others and Xi’an Expo was selected by Fang Zhenning as one of the 100 most important Chinese contemporary buildings.