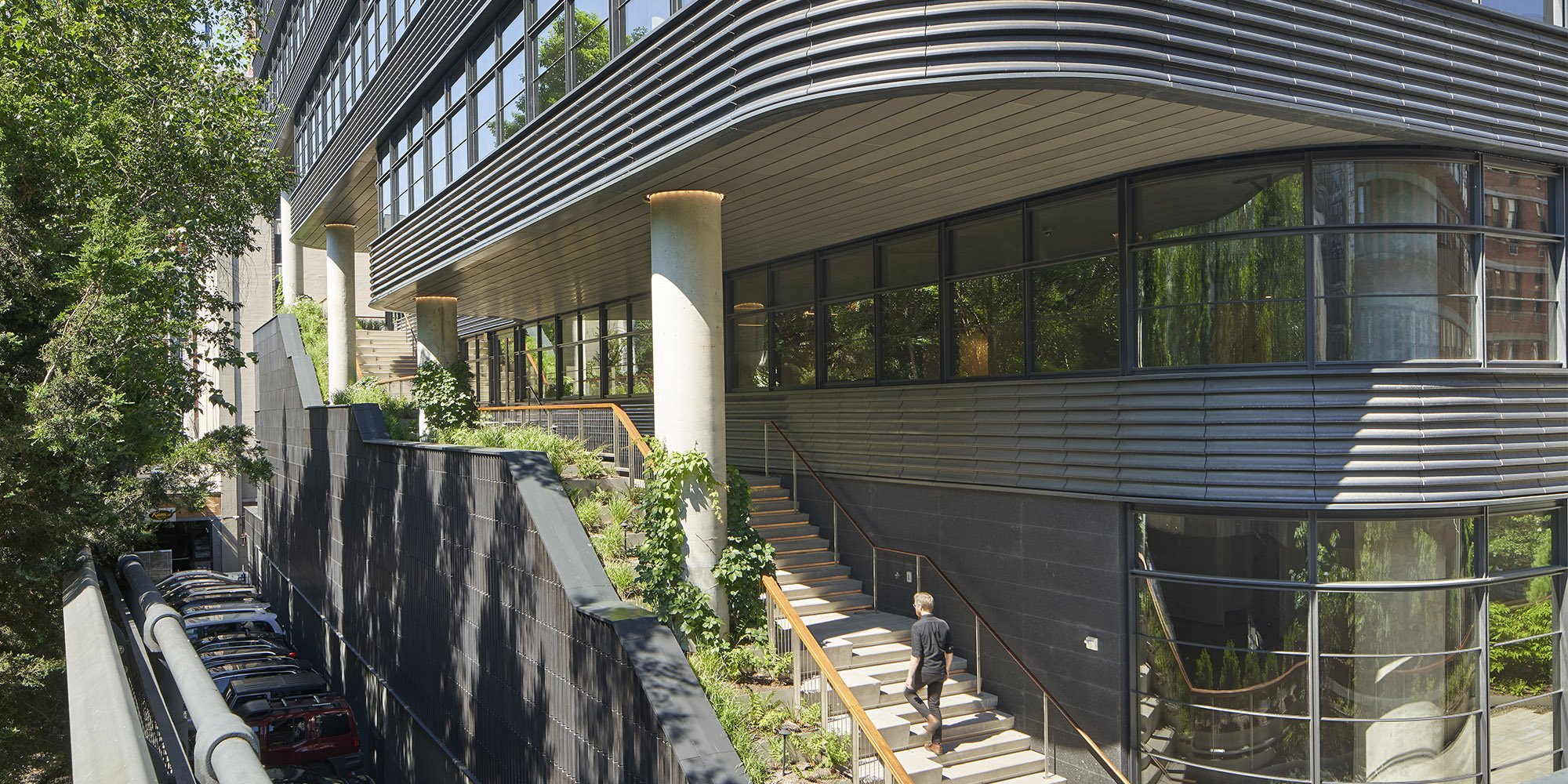 Scritto da MTM Arquitectos - 12 ottobre 2014
The new Pormetxeta Square, located close to the Nervion River, was the result of the Competition “Europan VI” developed in 2001. The project was selected to take part in the Spanish Architecture Exhibition –On Site- that was organized at MoMA from New York in 2006; recently the exhibited model was acquired by the museum for the permanent collection. Industrial identity The district of Barakaldo is situated on a very steep slope above the Nervion River, where a complex urban plan was developed in the sixties, lead by “Blast Furnace from Vizcaya”. The proposal was to provide it with a new geographical identity, by crapping and removing the last urban plan that Urban-Galindo had created for this area. Marrow of Urban Permeability We modified the existing plan in order to create the New Square of Barakaldo (25.223m2). The benefits of which were two-fold for the city: on the one hand a new access point to the urban centre, on the other, a better fluidity and mobility from the city to the river, in which the industrial factories had been shut in the permeability of the city. Equipped Communications Arteries The very steep slope of the plot was scan as an opportunity for the creation of a new urban typology. It was possible to take advantage of the 20-meters difference between the upper and bottom level of the plot, to build an equipped slope, “the Pormetxeta Square”, with the following strategy: First of all several accesses and approach were linked: the railway platform, the highway connection, the entry towards the promenade river, the pedestrian and road streets, the access from the high and low street, the Desert Square, the school.. Secondly we saved all the space under each “Pormetxeta Ramp” in order to get 2.341m2 of commercial and service public facility. The third advantage was working as a micro-public space: micro-squares, meeting points, rest stands, outdoor stays, in other words building a phenomenological sequence. Finally, it acts as a multifunctional element, working with street furniture, balustrade, pergola, lantern… creating a very well-equipped place. The Animated Square The Pormetxeta Square is found under the long ramps. There are some holes that qualify the space with playgrounds and lend it a unique topography. Big artificial trees 11.5m tall, made of COR-TEN steel, hang boulders on the cup of the tree, and work as a parasol. Beneath them, all you can hear are the laughter of children, the roller skaters, people talking… Architecture vs Urbanism Our aim it is to build for a city. Understanding the public space and private space as a cross between the urban and model building, were architecture and urbanism are mixed at all times. Consequently, we have planned an urban strategy as a business and dialogue platform between citizens in order to create a new social cohesion. 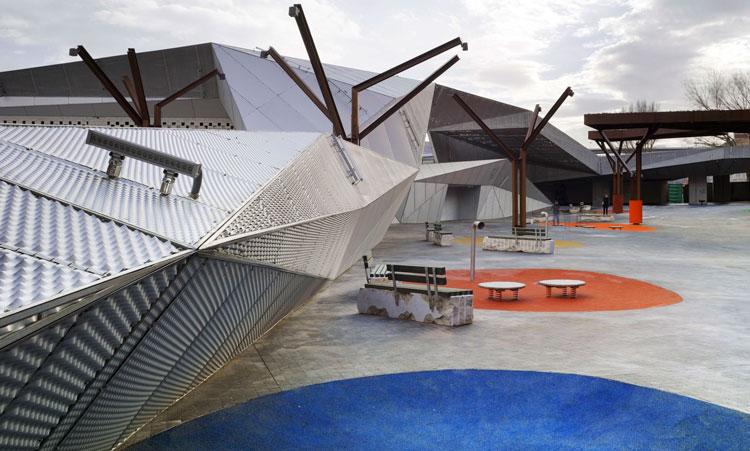 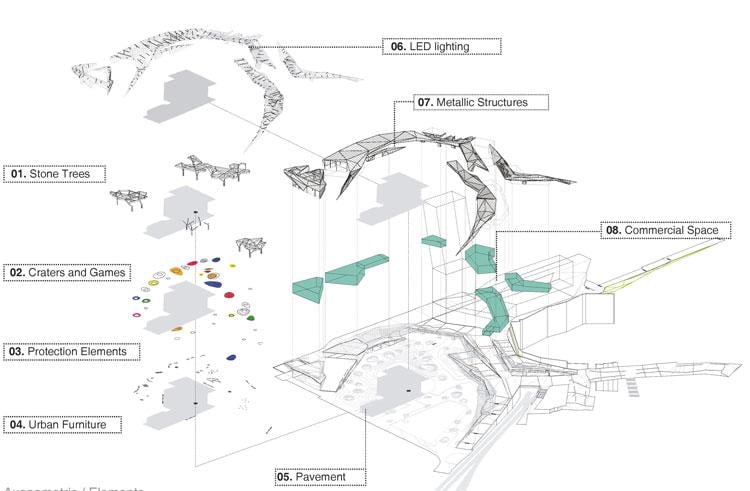 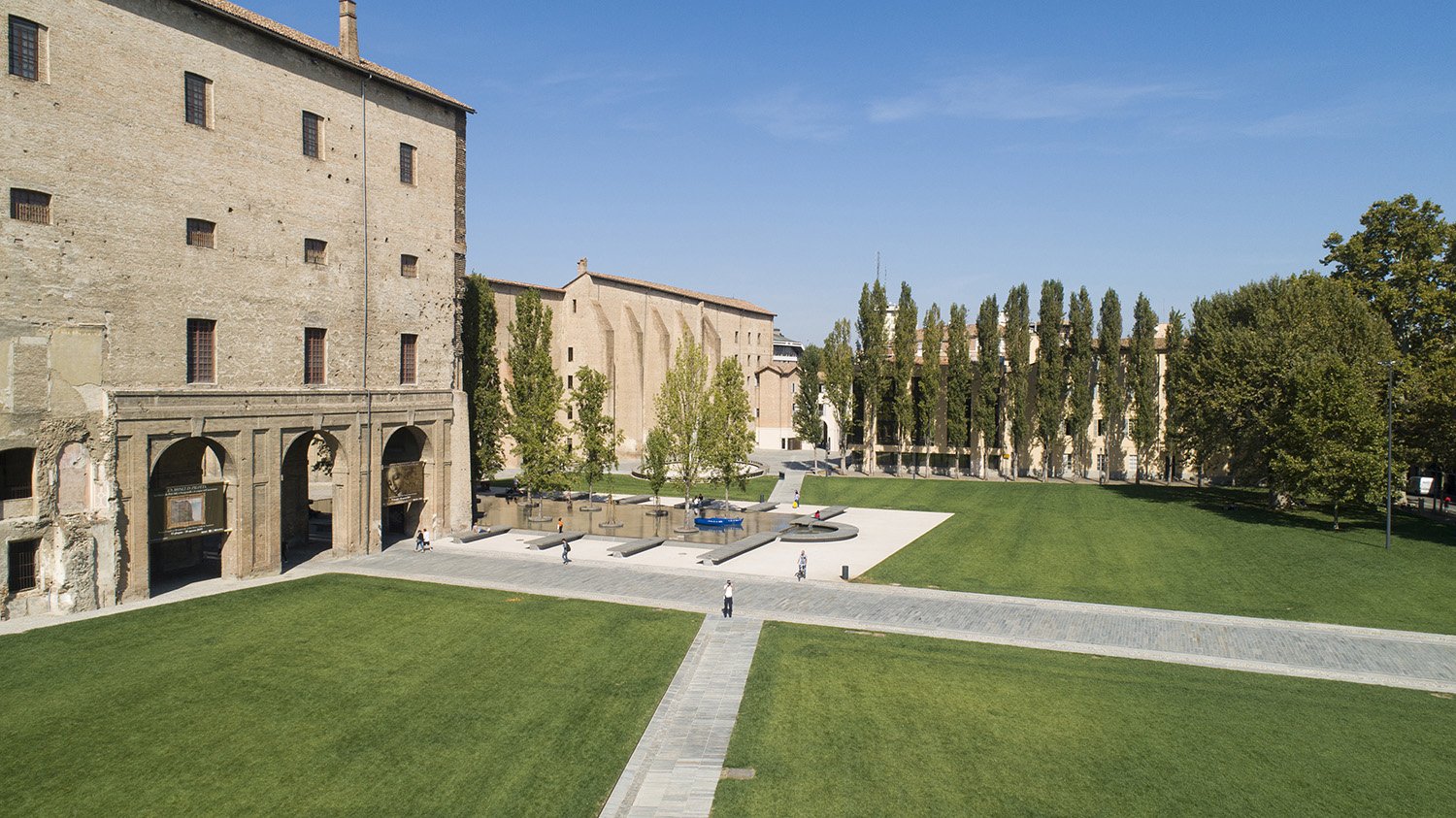